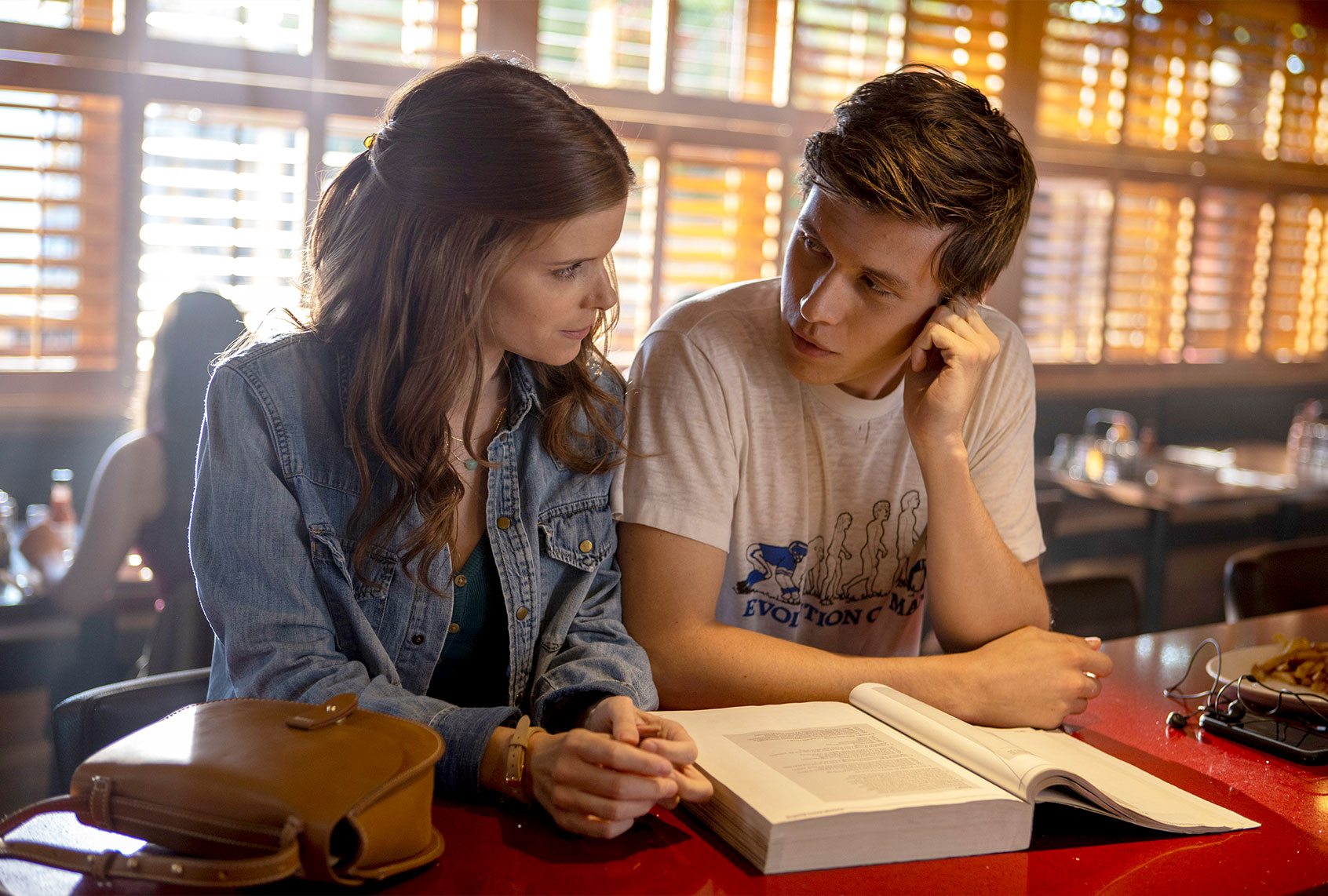 “A Teacher” is designed to perplex and sow discomfort. You may not realize that until the back half of the limited series’ 10 episodes, especially given the cavalier treatment with which pop culture has historically treated relationships between teachers and underage students.

In song and show, such situations get the fantasy treatment, a popular example being the affair between Lucy Hale’s Aria and her high school English teacher and boyfriend Ezra (Ian Harding) at the center of the cult hit cable series “Pretty Little Liars.” Hale herself described it to critics as, no kidding, “statutory romance.”

Real-life examples are understood in far more sordid terms and yet still packaged as sordid sideshows, exemplified by the very famous tabloid drama surrounding the story of the late Mary Kay Letourneau and her relationship with her sixth grade student Vili Fualaau, who she went on to marry. Because of this it may be easy to peg a show like “A Teacher” as a lurid portrayal of some misunderstood romance. Certainly the opening episodes seem to telegraph that treatment.

Keep watching and you’ll soon comprehend that what series creator Hannah Fidell is placing the viewer inside is an approximation of the precarious nature of trauma, particularly the variety where the victim doesn’t realize they’re being exploited . . . and the abuser can’t bring themselves to admit they’re preying on a susceptible person.

That “A Teacher” casts Kate Mara as its titular character Claire Wilson only heightens the slow and queasy build of the implied conversation about consent and assault that forms the undercurrent the plot.

Mara has a knack for embodying a simultaneous fragility and brittleness, and next to Nick Robinson, who plays Claire’s student Eric Walker, she’s the one who looks vulnerable. And it is this very fact that makes Fidell’s approach susceptible to criticism, depending on one’s paradigm. Looking at how the plot develops from one perspective, Eric is the one who comes on to Claire, the new English teacher at the suburban Texas high school where he’s a popular senior and all of 17.

Claire is in her 30s, and chafing in a marriage that’s lost its spark. She and her husband Matt (Ashley Zukerman) are having problems getting pregnant, and like his wife, Matt is struggling with a bit of an identity crisis and dissatisfied with his career as a medical supplies salesman.

Even so, “A Teacher” doesn’t make a sexual relationship between Eric and Claire inevitable because of her situation. Fidell, who writes the first two episodes and the finale and directs six out of 10 episodes, takes pains to make the lines blurry. Even the cinematography has an uncertain haze to it. Mara plays this up with an extraordinary multilayered performance designed to throw us off balance and at various times she leaves the viewer unsure of what to think.

And in case the viewer isn’t clear as to the central conceit of the series, each episode opens with a warning: “This series contains sexual situations as well as depictions of grooming that may be disturbing.” Each closes by directing viewers who may need support to a website FX created in conjunction with RAINN (Rape, Abuse & Incest National Network).

Claire’s motivations read clearly when she recites Dylan Thomas’ “Do not go gentle into that good night” to her English class, telling them that the poem relates to their status of lingering on the cusp of graduation and adulthood when clearly Thomas’ message of “rage, rage against the dying of the light” is vastly more relatable to her situation. And this method of saying one thing while telegraphing another informs her style of grooming Eric.

They bump into one another at a local diner where Eric works and his friends hang out, and she gets an ego boost out of the attention being paid to her by these teenage boys. Soon, though, Eric stands out. She offers to tutor him in preparation to take his S.A.T.s, and surprises him by replacing one of their sessions with a trip to the university he wants to attend. Once there, she’s mistaken by a former high school classmate of Eric’s as his girlfriend and doesn’t disabuse the young man of that assumption, accepting his invitation to attend a frat kegger with Eric on top of that.

She never touches Eric before this. In fact, he’s the one who makes the first move. A person accustomed to viewing other treatments of inappropriate adult-teenager relationships as romantic taboo may see this as tawdry romanticizing and it certainly looks like that before “A Teacher” presents the full picture.

In its totality, however, “A Teacher” is an examination of the wreckage created by power imbalance and a clear-eyed look at the lasting, rolling effects of sexual trauma over many years. The plot takes two jumps in time that allows the story to show how Claire’s impact on Eric leaves a crater in his life in the immediate wake of their discovery and years afterward when their story has dropped out of the headlines, and its in these portions that Robinson’s portrayal takes on a depth that eludes him in earlier episodes.

Fidell’s 2013 film of the same name, upon which the series is based, digs into this much more economically in its 75 minutes. Expanding its examination over 10 half-hour episodes enables a more thorough examination of the wreckage created by Claire’s actions, and very consciously refrains from pleading sympathy for her.

Instead it invites the viewer to grasp the difference between that and understanding the how of it all without necessarily offering benediction. “A Teacher” saves any malice other series’ writers would be tempted to heap on Claire and instead indicts the lack of empathy or care in the world around her and Eric. But it is he who suffers the most unnecessary pain as a young man whose peers treat his abuse as something triumphant to be bragged about when in his torn heart and psyche it take a shape resembling confusion and pain.

But the story also allows room for each character to move on as best as they can from the pain they’ve caused one another – Claire by confronting the lasting emotional bruises created by an alcoholic father (M.C. Gainey) and Eric finding some ability to forgive himself by leaning on his mother (Rya Ingrid Kihlstedt) and commiserating with kind-hearted strangers he meets along the way.

The final solemn scene of “A Teacher” take a blunt edge to any illusions of what Claire and Eric’s shared and separate stories are about and lets us know, once and for all, that this was not some tender romance. It’s more like a lesson about the ways that extensive harm can hide so well within apparent benevolence that the perpetrator doesn’t always notice she’s committing it – not a love story, but a tragedy.

The first three episodes of “A Teacher” are currently streaming on FX on Hulu with subsequent episodes debuting on Mondays weekly.

Music recommendation algorithms are unfair to female artists, but we can change that