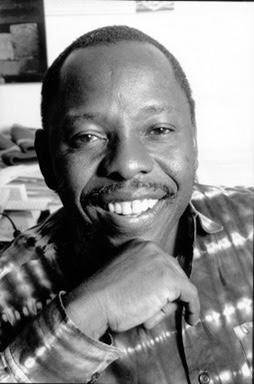 Martin Luther King, Jr., reminded us that “the arc of the moral universe is long, but it bends toward justice.”

Twenty-five years ago, this November, my brother, Ken Saro-Wiwa, was executed for his work to rescue our Ogoni land in Nigeria from further destruction at the hands of Royal Dutch Shell. Not a day goes by that I do not miss Dede. He has especially been on my mind these past few years, and indeed more viscerally so in recent months.

There has been this lingering unease that we, the associates of Saro-Wiwa, and seekers of social change and environmental justice, have failed him. Do not get me wrong. There have been some changes: some of them transformational such as the increasing focus on global corporate social responsibility as corporations are held more accountable for their environmental stewardship or lack of it.

In parts of Ogoni, some incremental changes have occurred: the resumption of traditional environmental protection practices leading to greening of the land, fresh spring water no longer have shiny films of oil coatings or colorations. Farm yields are better, and fingerlings are back to some mangrove swamps. The Ogonis have sustained the struggle and have vehemently resisted attempts to restart oil operations in Ogoni without addressing the demands of the people. This is a major win that has preserved our dignity, our land.

The United Nations Environmental Program (UNEP) has also undertaken an independent study (though paid for by the polluters) of environmental devastation of Ogoni by Shell. The UNEP study provides compelling evidence and data that go some way to validate my brother’s claims. The UNEP report on the environmental devastation in Ogoni lays the blame of ecological waste of my community firmly at Shell’s door and reports that it may take 25-30 years to clean up our environment. The formation of HYPREP and its funding will go some way to reclaim the land. The Niger Delta Development Commission (NDDC) and the Presidential Task Force on Amnesty are some of the legacies of the struggle that, and if managed properly, can lead to positive outcomes.

Despite the above changes, the lingering feeling of letting Ken Saro-Wiwa down persists. The unresolved historical injustice against Ken and fellow Ogonis seems to suggest that the Ogoni arc of moral, if legal justice, is taking too long, and appears to be bending away from justice.

I do not know how Ken would have felt about the handing over of the Nigerian presidency from a Niger Delta man, Goodluck Jonathan, to former military dictator Muhammadu Buhari.   Former President Jonathan appointed Justice Ibrahim Auta, who presided over the Civil Disturbances Tribunal, a military appointed kangaroo court, which sentenced Ken to death, as Chief Judge of Abuja High Court and gave a National Award to General Sani Abacha. Nigeria’s current President Buhari described former military ruler Sani Abacha, whose family is still returning hundreds of millions of dollars of stolen money, as a ‘good man’ and appointed Colonel Hameed Ali (Rtd), who served as a member of the Civil Disturbances Tribunal as an enlisted military officer, as the Comptroller General of the Nigeria Customs.

I do not know how Ken and 8 other Ogonis, and indeed our esteemed 4 Chiefs murdered on June 1994 would have felt if they know that ‘Our School to Land’ hectares of land in Bori, on which the Center for Excellence on Environmental Research was supposed to be built has now been converted to a prison and a cemetery. The only Federal presence in Ogoni in 25 years. A prison and A cemetery.

What kind of message does this send to the people of the Niger Delta? That if you protest the exploitation of your oil, your land, and your rivers, you get killed , and there is nothing anyone can do? And after that, they would seize your agricultural land and build a prison and a cemetery.

It was to public knowledge, locally and internationally, that the my brother was a nonviolent socio-economic, human and environmental rights activist whose non-violent activism was solely aimed at enhancing the welfare and well-being of Ogoni people, and the environmental protection of Ogoni land. His peaceful advocacy for environmental protection in the Niger Delta region of Nigeria angered the Royal Dutch Shell Oil Corporation, the perpetrators of environmental degradation in Ogoni land. Instigated by Royal Dutch Shell Oil Corporation, Nigeria’s military government in power at the time framed him on trumped up charges and eventually executed him.

It is public record how Ken Saro-Wiwa was subjected to a sham trial before a bogus tribunal, and hastily executed by the military regime of the late Gen. Abacha on November 10, 1995 and two days after he was sentenced to death on November 8, 1995 without being afforded the opportunity of exercising his constitutional right of appeal. The decree under which he was tried required the records to be transmitted to the Armed Forces Ruling Council (AFRC) as precondition for confirmation of the sentence. This was not done. In Nigeria, the right of appeal is mandatory wherever a trial court or tribunal imposed a death sentence. To exercise the right of appeal, the person sentenced is entitled to be given the record of proceeding. Ken and our other eight leaders were murdered before the Tribunal compiled its record of proceedings denying them this right. This was a terminal censorship at its worst.

There was national uproar and international condemnation occasioned by the executions. Nigeria was heavily sanctioned, ostracized, and isolated by the United Nations, the Commonwealth of Nations, the European Union, the United States, the United Kingdom, African countries, Asian, and Middle Eastern countries. Without a shadow of doubt, Ken Saro-Wiwa was arbitrarily and illegally executed by the Nigeria State for the socioeconomic and environmental causes he championed on behalf of his people and the Niger Delta. Up till date, there has been no apology from the Nigerian government, no exoneration, no declaration of innocence from the Federal Government of Nigeria despite many appeals. Only a prison and a cemetery.

Recently, the extrajudicial killing of innocent Nigerians going about their normal lives by Nigeria police’s notorious Special Anti-Robbery Squad (SARS), and the continuing summary extrajudicial killing of young Nigerians protesting the activities of SARS have made me to reflect again on the impunity that still persists in a democratic government. The response of Nigerians and indeed the international community through actions on the street, on social media and mainstream media brings back memories of  November 10, 1995.

This time, we must make sure the arc of moral universe bends only toward justice for the sanity of the families of those killed and for those whose conscience were pricked and joined in the struggle for social justice. It is long overdue for the Federal Government of Nigeria to exonerate Ken Saro-Wiwa and 8 Ogoni activists illegally murdered by the military dictatorship of Abacha and apologize to the families. We demand a clear exoneration. The Ogoni people demand a closure to this horrific injustice. As Ken himself would admonish, we will not be silent over this matter, for silence would indeed be treason.

Owens Wiwa is a global health consultant and Ogoni activist.

Intels disagrees with Atiku, says no political influence on its business