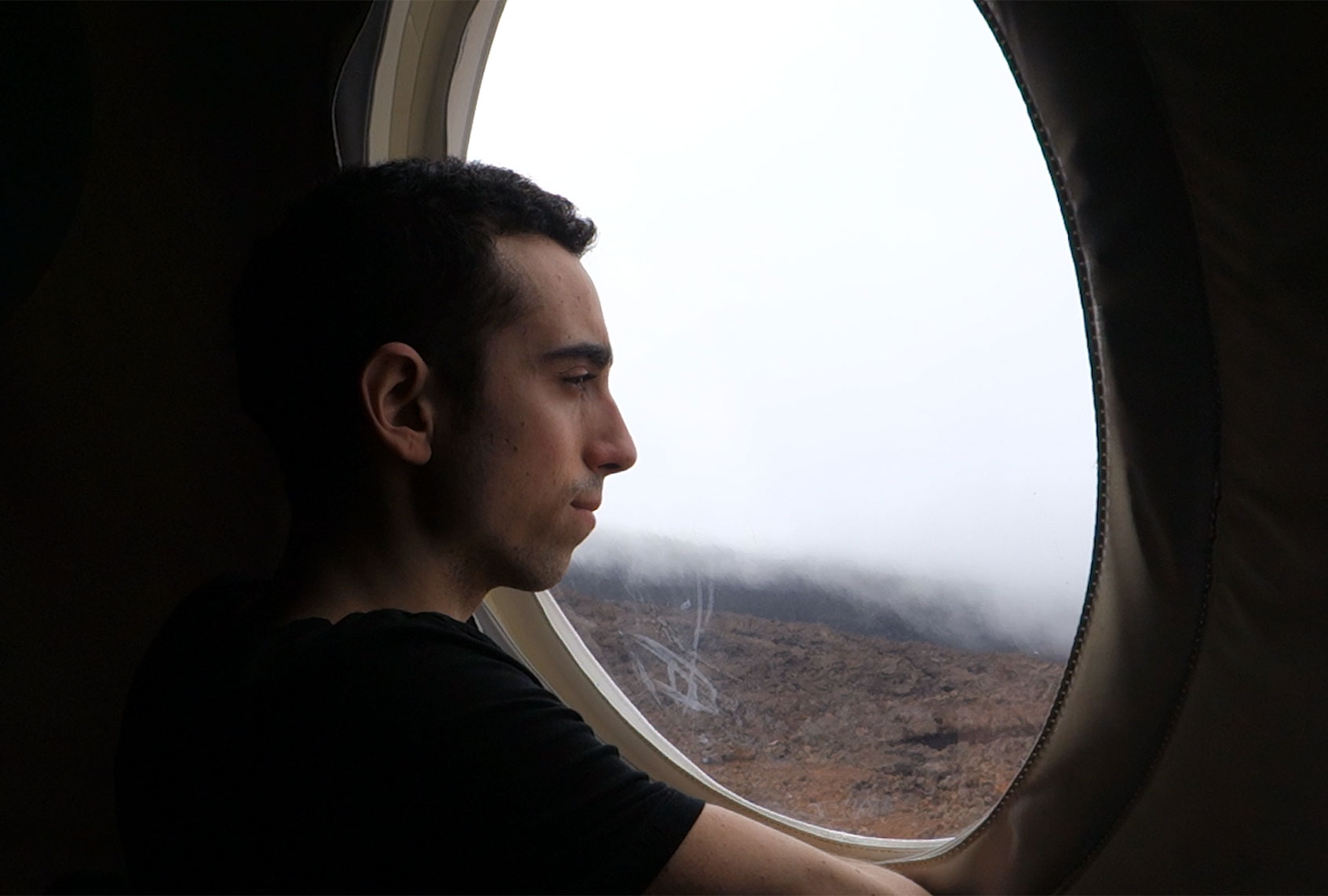 While everyone worldwide is being forced to quarantine to some degree, three men and three women participated in a year-long NASA experiment from August 2015-2016, to recreate a mission to Mars and test the limits of the human mind. The six strangers holed up in an approximately 1,100 square foot “Mars simulation habitat” (that was actually located in the Mauna Loa Volcano area in Hawai’i). The footage from their year in isolation has been edited into the film, “Red Heaven,” co-directed by Lauren DeFilippo and Katherine Gorringe.

The film (and NASA) ask, “What do humans need to be sane and happy in isolation?” Water is one answer, as there are concerns among the team about levels of consumption. Privacy seems to be another issue, as everyone can see and hear everyone else 24/7/365. (Folks are allowed to go outside two times a week in space suits for explorations). The “astronauts” endure isolation, darkness, and living with the same people every day. They are cut off from the outside world with only emails and video messages from friends and family, and newsfeeds from NASA.

How the team fared is not unsurprising; but the more they suffered, the more accurate and useful the data. (Folks could voluntarily leave any time, but that would destroy the mission).

The filmmakers chatted with Salon about living in isolation and their documentary “Red Heaven.”

How did you find out about this program and decide to make a film about it?

Katherine Gorringe: Lauren and I studied film together at Stanford, and around that time, the idea of putting humans on Mars was having a huge resurgence. They wanted a backup planet in case something catastrophic happened on earth. We thought: there’s a film in this. There’s an existential question about what is happening in our present, so we researched and heard about the HI-SEAS [Hawai’i Space Exploration Analog and Simulation] program, funded by NASA. We heard they were going to put six people in simulation for a year. We got in touch [to make a film] and they said, “No, this is a scientific experiment.” We couldn’t check in; it ruins the simulation. So, we asked if we could film the crew before they went in, on their last days “on Earth,” and as we got to know the project and crew, we gave them cameras to film their experience over the year.
Lauren DeFilippo:  It was like a commissioned found footage film.
Gorringe: We sent shot lists and interview questions, so we could look and get feedback.

How much footage did you comb through to make the film? And can you talk about the narrative structure?

DeFilippo: We had a total of about 100-125 hours of footage. We did other interviews for the film with outside voices that didn’t make the final cut because we got so immersed in the experience of the dome. We were lucky to have a 365-day structure to build on. The [crew] would go in, have trials and tribulations, and come out, so we could bank on that. What happened over the course of the year — and this is true of a lot of simulations NASA has done — is that they have a structure. For our purposes, it is typical of a narrative — they enter, and have lofty goals on how they will spend their time, then the monotony sets in, and it starts to get real, and people come to know each other on an intimate level, then total doldrums come and there is no end in sight, and then finally, there’s the light at the end of the tunnel and they see the greater good they are working towards, and it brings them unity and cohesion and togetherness. We saw that in the footage.

The team endures extreme boredom and extreme stress, which is what life on a space station for six months would be like. Did you ever anticipate the lessons from this experiment would be so timely and topical?

Gorringe: We were putting the finishing touches on the film for the premiere at SXSW and then they cancelled. That was before the onslaught began. There is a weird [overlap] in recent months. We learned lessons from our crew on how to stay sane while quarantined. The basic human needs — that’s a fundamental question in the film: What do we need to be healthy, happy, and sane? COVID had made us think about that, and what we need to get through that strange time.

What did you think of the dynamic between the crew members? They started out as six strangers in what is almost an MTV “Real World“-like living situation. Some paired up professionally, some for emotional support, and two romantically. What were your thoughts about the participants?

DeFilippo: What’s funny about the film is the casting was out of our hands. We were at the whim of who the NASA researchers chose. We were lucky that we got a storyteller-poet and an antagonist, and a good cast of characters. Things unfold between people when you put six folks in 1,100 square feet for a year. But the challenge is the type of person who will go to Mars. They might not be the most exciting or dramatic [on screen]. They can handle extreme boredom and stress well and that was a challenge — we were poking them to open up and give us more. Over the course of making the film, they did that. Talking to the camera was a catharsis.
Gorringe: You really must have this impossible combination of traits to want to live on Mars. You need “The Right Stuff” mentality — shoot-me-in-a-rocket courageousness — but you also have to be even-keeled and unflappable. That’s what we thought was the main conflict between the crew — they fell onto either side of the dynamic. Should we explore, or play it safe and stay sane?

There are several references to Ernest Shackleton in the film to address why we explore. Can you discuss the inclusion of Shackleton footage and the larger theme of why we quest for knowledge and explore sometimes at great risk?

Gorringe: That’s a huge question, and we hope the film explores that from different angles and that people ask questions. Christiane, one of the crew members, asked, “Why do we put ourselves in these situations?” We included Shackleton to show the drive to do the best quest a human can achieve. But there’s a quest for science and knowledge — to know and understand; a collective goal with other humans, and to test the limits of body and mind. That’s an internal and external journey.
DeFilippo: We initially stumbled upon Shackleton in Christiane’s journal. She was keeping a blog, and we had her record these entries. As we learned more about him, we saw he was ahead of his time and had a documentarian with him, photographing him and what he was doing, so there was a treasure trove of footage.

Tristan, one of the crew members, calls the experience, “a horrible psychological nightmare,” and there is a question raised in “Red Heaven” about who would volunteer for such an experiment. Surely, the mood of the crew didn’t offer any surprises, so what did you learn from making “Red Heaven?”

Gorringe: When we started, we came at it from the perspective that we will put people on Mars as a backup for humanity. But we were skeptical of that mindset. It was like denial — we don’t have to address climate change. We can send people to Mars and make the same mistakes. But when we were on the ground with these real scientists, they were interested in knowledge and further scientific understanding of our solar system. It was inspiring, and it changed my personal understanding of space exploration and the reasons for it.
DeFilippo: The other wonderful surprise for us was a deeper understanding of humans. You can put humans on pretend Mars, and we framed the film around our basic needs as humans. Watching that unfold was eye-opening for us, and a great question to ask now as we are all living in captivity. Take a moment to see what we need — not just to survive, but to thrive. It’s a film about people.

I liked how the film talked about the decline of cognitive abilities; Christiane can’t remember a question during an interview. And there were difficulties regarding time perception and efforts to “make every day special.” What observations do you have about the effects this program had on the crew members?

DeFilippo: That experiment put them through the wringer. We were there when they unzipped the door. They were pale and had lost weight and had been through a stressful experience. It took them a while to process how stressful it was. Christiane not remembering her sentences was an illuminating moment of the gravity of what they were experiencing in there. It was truly impactful.

Obviously, everyone asks themselves if they could do this and what they would need to make it a year in isolation. How would you fare (or how have you been faring under quarantine) and what are your creature comforts?

Gorringe: [Laughs] We are split. I think I can do it.  Lauren — no way. I edited the film, and I would have dreams where I would spend a day or two in the dome. We learned so many lessons from the crew. Create markers for every day, so they don’t blend into one, exercise, and eat together.
DeFilippo: If you get a little romance in there, that can’t hurt . . .
Gorringe: I need good food and movies.
DeFilippo: Luckily, we have outdoor time. They did, but it was in spacesuits.
Gorringe: And booze. They weren’t allowed alcohol!

“Red Heaven” is screening online at Nov. 11-19 at DOC NYC, where the public can purchase tickets. 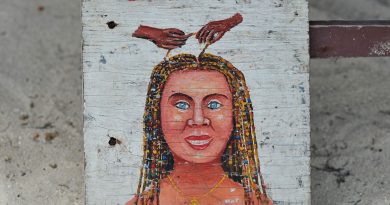 Our new blind spots: Technology changes how we see the world, and how we interact with it

Most traders in some parts of Kasoa, a town in the Central region, have ceased the wearing of nose masks