ABUJA- THE Senate yesterday asked the  Director-General of Bureau of Public Procurement ( BPP), Mr Mamman Ahmadu,  to as a matter of urgency, furnish it with detailed records of projects and values that came to the Bureau this year.

Senate’s request for the records was sequel to failure of the BPP’s Director-General  to provide it when requested for  by a member of the committee, Senator Tolu Odebiyi , APC Ogun East) during the 2021  budget defence session before the  Senator Shuaibu Lau, PDP, Taraba North led Senate Committee on Public Procurement.

Odebiyi’s request was consequently ratified by the Chairman of the Committee, Senator Lau by ordering the BPP boss to furnish the committee with the records as a way of knowing the operational efficiency of the Bureau.

He said, ” Your budget presentation for 2021, is very straight forward, requiring no question, but we need to know the operational efficiency of the Bureau through records and values of projects that were presented to it for consideration this year.”

Earlier, Ahmadu had in submissions before the committee, declared that a total of N1.435.887billion budget was estimated for the Bureau for the 2021 fiscal year .

According to him, out of the N1.435billion budgetary projection, N205million is earmarked for capital expenditure, N750million for overhead cost and N479million for personnel cost.

He explained to the Committee that the ceiling of N205.929million earmarked for the Bureau as capital expenditure for the 2021 fiscal year , if cash-backed , will be expended on items such as upgrade of ICT N85 million, installation of new soft wares N10 million, procurement audit surveillance N50million etc.

Laycon rocked me at the parties than Ozo ― Nengi 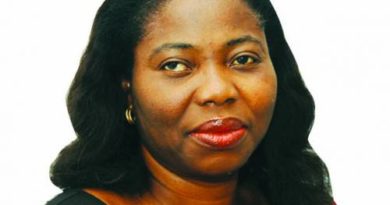 Akufo-Addo lied in his tribute to Rawlings — Sekou Nkrumah