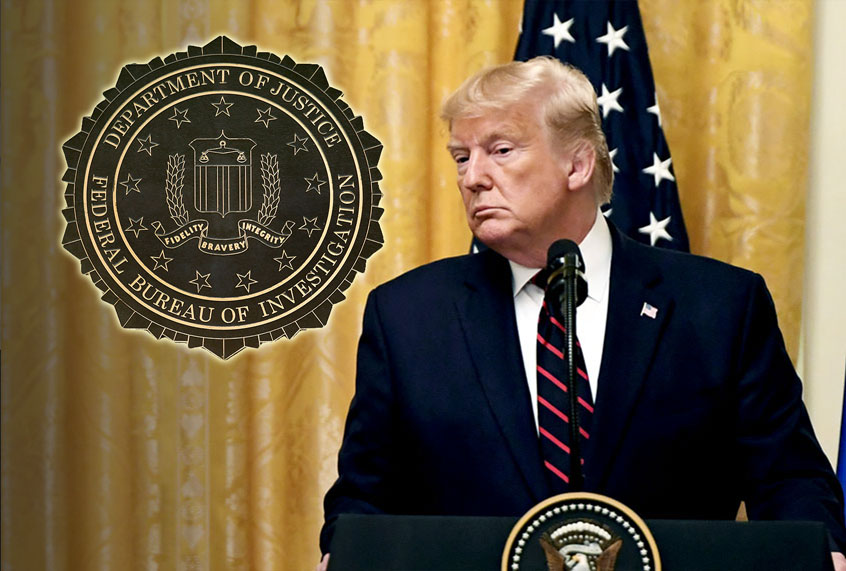 More than 800,000 people with phone numbers tied to six presidential swing states have been targeted with automated phone calls on Tuesday suggesting they remain at home on Election Day, a tactic that has alarmed voters and has drawn the attention of the FBI, documents and interviews show.

All told, more than 3 million calls were made to people across the country on Tuesday, instructing them to “stay safe and stay home,” according to data and call recordings provided by the firm TelTech, which owns the RoboKiller smartphone app. One message, only a few seconds long, delivers the message in a monotone, robotic voice.

Government officials and voters interpreted the messages as potential voter suppression, though it’s not clear what the intent was since the messages apparently began last December, before the coronavirus pandemic. It is also not known who was behind the cryptic messaging campaign or whether it targeted people with particular party registrations or political leanings. Nor was it clear whether the calls had any effect on voters’ willingness to go to the polls. In many states, significant numbers of people have already voted by mail, making the apparent veiled threats irrelevant.

Nonetheless, the robocall campaign added to a trove of tactics that could undermine Americans’ confidence in the election, from disinformation on social media to hacking attempts that could slow vote counting. Calls like it drew pushback from state officials, including New York Attorney General Letitia James, who tweeted Tuesday afternoon: “Attempts to hinder voters from casting ballots by spreading misinformation is illegal and will not be tolerated. That’s why I am actively investigating robocalls allegedly spreading disinformation.”

The available data doesn’t show how many of the callers listened to the full message. Neither the recording provided by TelTech nor those heard by voters who spoke with ProPublica mentioned specific political candidates or even the election. But the messages were so ubiquitous that they prompted complaints from voters, as well as federal law enforcement officials.

“Because it talks about safety, I thought, is this about COVID? But it doesn’t actually say anything about COVID,” said Mariah Montgomery, a Brooklyn nonprofit worker with a Los Angeles area code who received the phone call twice in one day last week. “It did seem potentially like voter disinformation or suppression, given the timing,” she said.

TelTech said it began tracking the robocall campaign back to December 2019, and subsequent bursts of calls seemed to be tied to spikes in the spread of COVID-19 in the U.S. TelTech said it had matched the audio from those earlier calls with the “big spike” in messages sent to swing state voters in recent days. Similar calls urging people to “stay safe and stay at home” were reported in Canada and Australia.

A senior Department of Homeland Security official said Tuesday that the FBI was investigating. “Be mindful of people that are trying to intimidate you, undermine your confidence,” the official said, while cautioning that robocalls are a scourge during every election.

The FBI said it was aware of the reports but declined to comment further. “As a reminder, the FBI encourages the American public to verify any election and voting information they may receive through their local election officials,” the bureau said in a statement provided to ProPublica.

Those in Texas were targeted in the lion’s share of the calls — more than 798,000 on Election Day so far, TelTech’s data shows. While Texas is traditionally a red state, Democratic operatives have said privately that a victory there by former Vice President Joe Biden wasn’t out of reach.

Robocalls targeted more than 534,000 numbers tied to area codes in Florida, a pivotal battleground state. More than 93,000 Pennsylvania numbers were selected, as were 89,000 in Michigan and 60,000 in North Carolina. However, many calls went to people in states that aren’t being seriously contested, like Maryland and New York. The data doesn’t necessarily take into account residents who moved to a new state and kept their old phone number.

More than 146,000 phone numbers were behind the spate of calls, data shows. Some of those who received messages in recent days said the numbers appeared to come from their area code or mimicked a numerical pattern similar to their phone number.

Katherine Bankole-Medina, a history professor in Maryland, said she received a text message saying, “Stay home and stay safe” in mid-October. “I think that it was intentionally vague,” she said, later adding, “The more I thought about it, the more I felt like it was voter intimidation because of the pandemic. ‘Stay home and stay safe,’ so that if you go out to vote, you’re putting yourself at risk for contracting the coronavirus.”

A TelTech executive said Tuesday that the calls were “spoofed,” a tactic that allows callers to hide behind fake numbers and makes the culprits difficult to identify. The malicious actors often make calls appearing from a would-be victim’s area code so they’re more likely to be answered. Bernie and Bloomberg get battered in S.C. debate — but does it even matter?

Parliament will provide clear legislation on LGBTQI+ in Ghana — Bagbin