Former Chief of Defense Staff, Air Marshal Oluseyi Petinrin Rtd said the country could summount its various security challenges if the recent police reform embarked upon by the Federal Goverment is properly implemented.

He added that the police reform agenda of the FG is a pointer to the fact that the country may get it right, especially in terms of internal security challenges.

Petinrin, who spoke at the weekend during the Annual Aropeju Day at Ipetu-Ijesa, Osun State, said President Muhammadu Buhari’s effort to tackle the scourge in the country is commendable.

He said the numerous police bills on police reform before the National Assembly and the reform government is planning towards ovarhauling police would bring a new fresh of breadth to security in the country.

According to him, “The Government is doing everything to tackle the security challenges in the country. Although I am aware that things are not yet good but if given chance, the country will get it right.

“I know there are still some lapses but the government is trying and I pray God will help them. I am sure by the time things are put in places, we are going to see progress.

“The present police reform embarked upon by the government and if the various police reform bills before the National Assembly is treated properly, there is hope the country will be better for it”.

Also speaking the Deputy Governor, Gboyega Alabi, who was represented by the Special Adviser to the Governor Adegboyega Oyetola, Dr Siji Olamiju assured residents of government’s commitment to security of lives and property.

He said the goverment is also committed to the welfare of residents, adding that the 2021 budget of the state when presented would further reveal the its commitment to the masses.

Fayemi promises not to renege on payment of gratuity 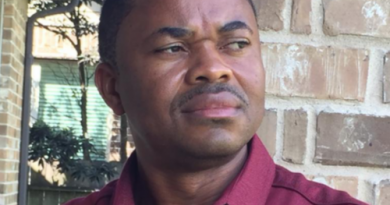 The Collapse Of Nigeria’s Ivory Towers By Osmund Agbo

Victor Kwadjoga Adawudu, the lawyer for the self-styled prophet who was arrested for allegedly threatening the life of the Chairperson