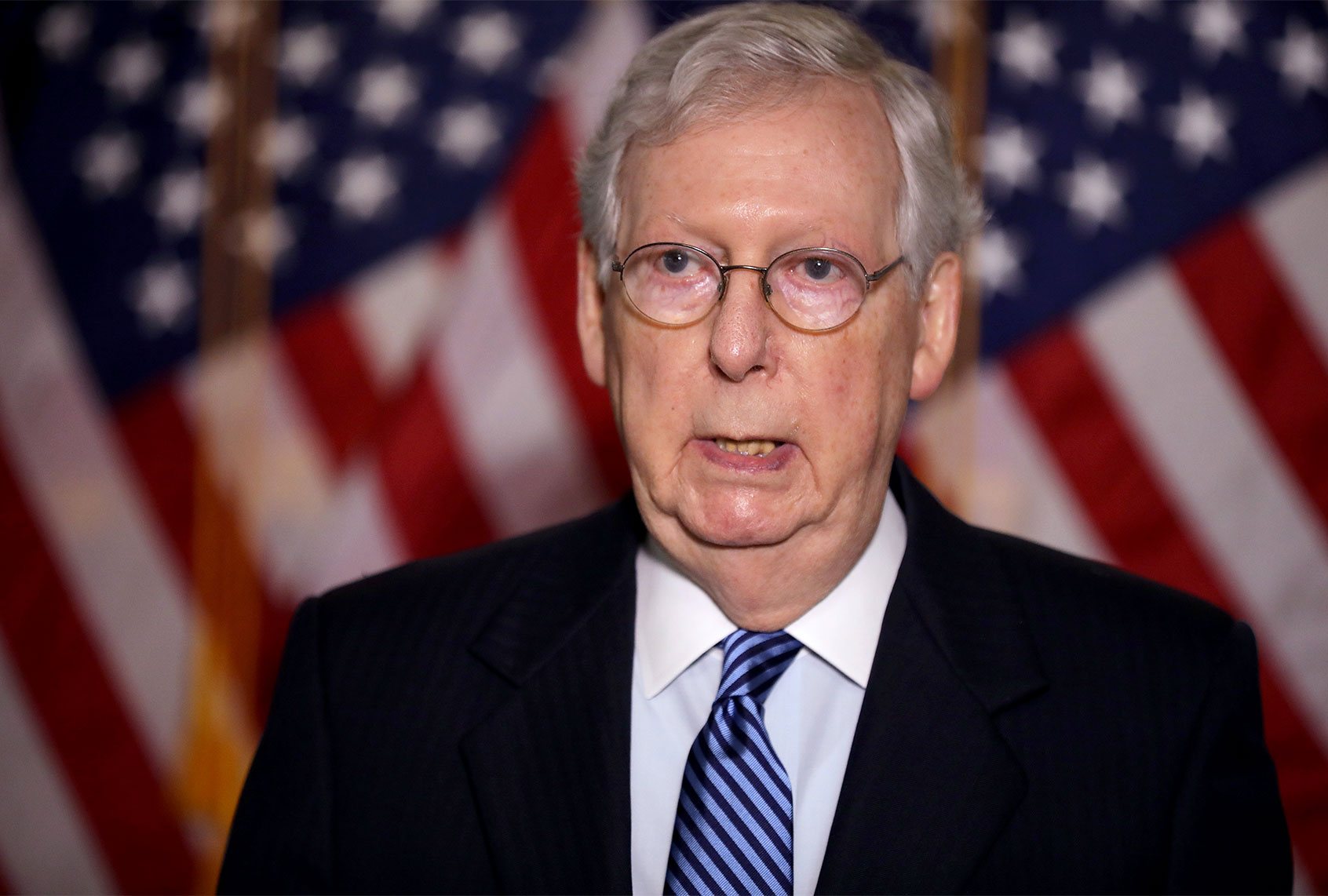 As a stream of key swing state votes begins to turn the election in presidential nominee Joe Biden’s favor, Senate Majority Leader Mitch McConnell, R-Ky., wasted no time in signaling that he would block potential progressive nominees for Cabinet positions if the GOP keeps its grip on the upper chamber.

A source close to the majority leader told Axios that a Republican-controlled Senate would work with Biden to confirm centrist nominees but reject so-called “radical progressives” or other individuals who rankle conservatives.

The source said Republicans would do all they could to limit a Biden agenda, adding: “It’s going to be armed camps.”

After expressing confidence in an eventual electoral victory on Wednesday, the Biden campaign quietly launched a website for its transition team. The site posted a message telling Americans that while the vote counts were not over, the transition team would continue its preparations so “the Biden-Harris Administration can hit the ground running on Day One.”

However, electoral math currently suggests that the GOP will control enough Senate seats to scuttle the ambitions of some Democrats to fast-track a progressive agenda.

But those calculations may not bear fruit: North Carolina’s contest between Republican incumbent Thom Tillis and Democratic challenger Cal Cunningham remains too close to call, while at least one of the Georgia races has resulted in a runoff between Republican Sen. Kelly Loeffler and Democrat rival Raphael Warnock. If Democrats win both of the seats, they would claim 50 — a virtual majority under a future Vice President Kamala Harris.

A possible second runoff in Georgia between incumbent Republican Sen. David Perdue and Democratic challenger Jon Ossoff would further offer Democrats a shot at outright control. That race may be a long shot, but President Donald Trump will not be on the top of the ticket to drive Republican turnout, which could cut into Perdue’s advantage in the historically red state.

Should Republicans defend all three seats, they could feasibly force Biden to nominate centrists. Sources told Axios that conservatives would prefer Lael Brainard to head the Treasury Department over a progressive in the vein of Sen. Elizabeth Warren, D-Mass., and Tony Blinken or Sen. Chris Coons, D-Del., for secretary of state in lieu of former Ambassador to the U.N. Susan Rice, who clashed with Republicans over the Benghazi pseudo-scandal during former President Barack Obama’s administration.

Coons has already made the case for bipartisanship in the press, arguing that the U.S. government needs to “speak with one voice” after four years of Trump.

“For the United States to play a steady, stabilizing role in world affairs, its allies and adversaries must know that its government speaks with one voice and that its policies won’t shift dramatically with changing domestic political winds,” Coons wrote, in an Oct. 7 op-ed in Foreign Affairs titled, “A Bipartisan Foreign Policy is Still Possible.”

The Senate traditionally yields to an incoming president’s nominees. Indeed, a number of Democrats voted in favor of Trump picks on whom the majority of the party had soured. But Secretary of Education Betsy Devos’ confirmation proved to be the most contentious in U.S. history, marking the first time a vice president had to cast the tie-breaking vote to confirm a Cabinet nominee.

McConnell, who embraces the nickname “the Grim Reaper,” has publicly displayed no qualms about shutting down disagreeable bills or nominees. He notoriously froze nominees for federal judgeships during the Obama administration, including his unprecedented election-year block of Supreme Court nominee Merrick Garland, a position he reversed four years later when Trump put forward Amy Coney Barrett.

McConnell’s obstructionism could offer Biden a reason, should he want one, to pass over more progressive candidates, such as Warren or Sen. Bernie Sanders, I-Vt. The former vice president has considered keeping any sitting Democratic senators out of the running in order to avoid special elections that may throw seats to GOP control, according to Axios.