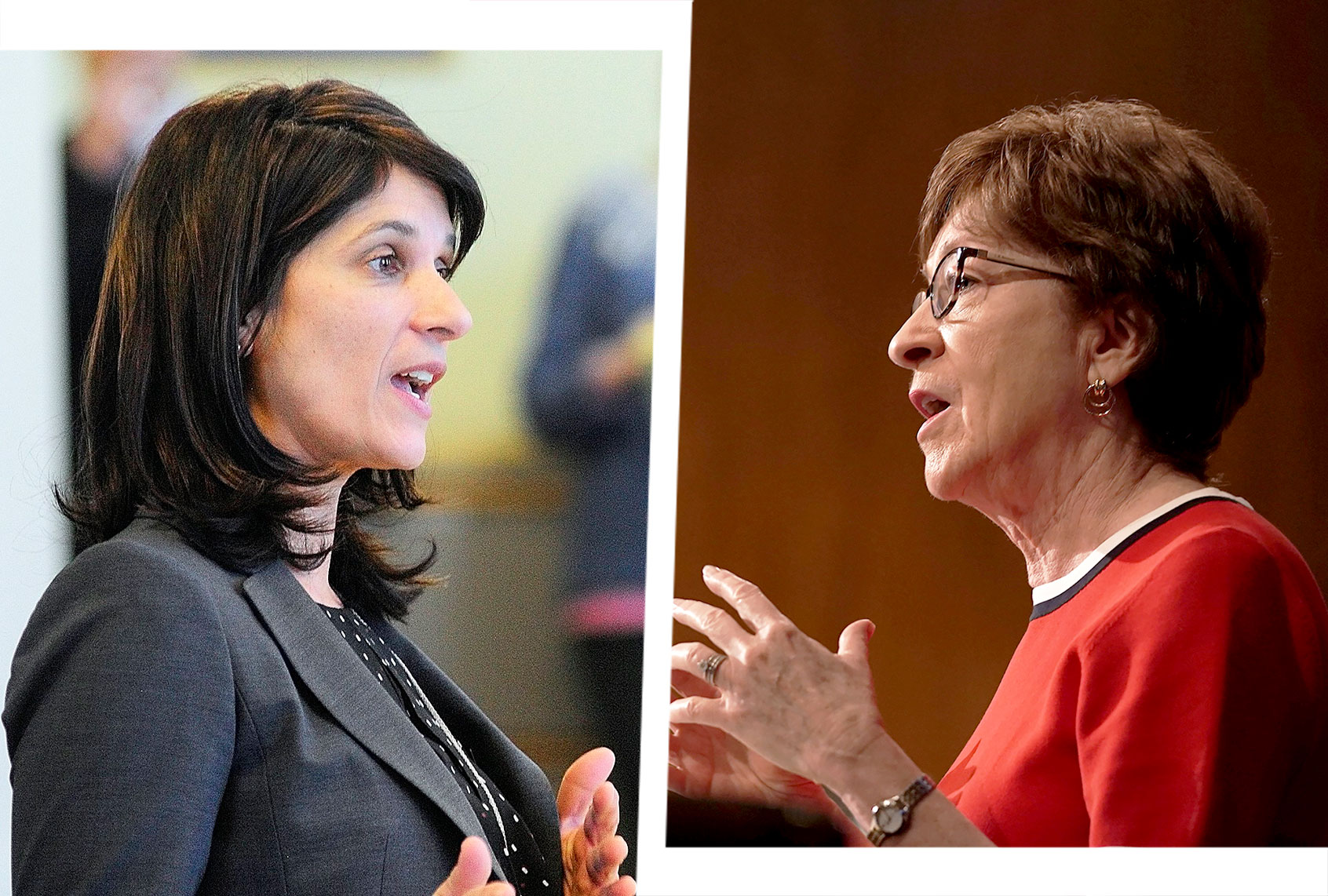 In a brief address outside of a Bangor hotel, Collins said she had received a concession call from Gideon as unofficial results showed the Republican up by a margin of 51% to 42%, with 85% of precincts reporting. If those numbers hold, Collins would avoid a ranked-choice runoff which could potentially shift the outcome of the race toward Gideon.

“To the people of Maine, thank you. Thank you,” Collins said in her remarks. “I will serve you with all of my heart, and I will work hard for you every day.”

In a concession speech, Gideon said, “While we came up short, I do believe Mainers in every corner of this state are ready to continue to work together to make a difference.”

The race attracted national attention before Gideon even launched her challenger bid. Collins’ controversial 2018 vote to confirm President Donald Trump’s Supreme Court nominee Brett Kavanaugh prompted a national fundraising campaign to unseat her and hurt her support among women voters in her state. The effort to unseat Collins attracted tens of millions in outside donations, and Democrats eyed the seat as a key to regaining control of the Senate.

Gideon, the speaker of the Maine House of Representatives, consistently polled ahead of Collins throughout the year, at times posting double digit margins. Election forecasters at the Cook Political Report accordingly shifted the race from “toss-up” to “lean Democrat.” However, the contest tightened to within a few points as Election Day neared.

Those polls were a shock for Collins, who won 70% of the vote in her previous race. This cycle, Collins had to claw back the confidence of her fellow Mainers. Like many of her vulnerable Republican colleagues, Collins struggled to sever her image from Trump, who rated deeply unpopular in the Pine Tree State. She never committed to voting for the president, even when asked directly during her final debate with Gideon. Instead, Collins focused her advertising on Maine issues — to varying degrees of success.

But Collins’ own record again stood in her way, most specifically her vote to acquit Trump on impeachment charges in February, as well as her association with the Trump administration’s heavily criticized response to the coronavirus pandemic — the latter of which Gideon hammered home in the campaign’s final stages.

Collins’ past popularity might have shielded her from scrutiny, as several stories alleging self-dealing broke late in the race, prompting a government watchdog to file a Senate ethics complaint.

In a concession statement on Wednesday, Gideon said that “while this election may be over, we can’t afford to stop organizing. So let’s get some rest, and then get back to work.”

A Rhode Island native, Gideon moved to Maine in 2004 after graduating from The George Washington University and interning for Sen. Claiborne Pell, D-R.I. She was elected to the state legislature about seven years later, where she rose to speakership in 2016.

Gideon took advantage of the uncertainty around Collins to run the most liberal Democratic Senate campaign in the state’s history, especially in the realm of reproductive rights, where the Republican had lost significant ground. But liberalism is a hard line to walk in Maine.

Green Party progressive Lisa Savage criticized Gideon’s platform as “tepid and weak.” Gideon refused to embrace progressive planks like a Green New Deal and Medicare for All, instead advocating for aggressive but incremental climate change and a public healthcare option. While Savage voters could have tipped the state to Gideon’s favor in Maine’s ranked-choice system, Collins avoided such a scenario by posting more than 50% of the popular vote.

While Maine’s politics can be peculiar, the state has drifted toward Democrats in recent years. However, Collins, a nominally middle-of-the-road Republican, proved on Tuesday that she still commands a strong base in her home state.

The Associated Press on Tuesday declared Democratic nominee Joe Biden the winner of Maine’s statewide race, while Trump picked up an electoral vote in state’s 2nd District on Wednesday.

Everything You Need to Know About Fashion Week, Day 3