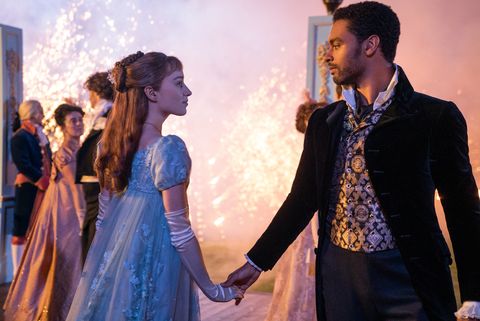 At last, our earliest glimpses of a new era: Shonda Rhimes is at Netflix! In the first trailer for Bridgerton, arriving on Christmas Day, TV’s greatest mind brings a bit of Grey‘s intrigue to the Georgian era. Adapted from Julia Quinn’s nine-book romance series, which began with The Duke and I in 2000, the series sees the upper crust of London society rocked by an anonymous column produced by the well-informed and gossip-minded Lady Whistledown.

“Do not tell me that is another scandal sheet?” a mother questions dismissively in the first trailer. “This one is different,” her daughter insists with urgency. “This one lists subjects by name!” The stakes officially raised, we get a glance at the glittery, brightly-hued world of Bridgerton‘s lords and ladies, filled, no doubt, with tortured romances and longing. The series will star Younger‘s Phoebe Dynevor and Regé-Jean Page of For the People and 2016’s Roots. Dynevor plays the the oldest daughter of a tony family eager to marry her off. Page is a newly minted duke with no interest in settling down.

Phoebe Dynevor as Daphne Bridgerton and Regé-Jean Page as Simon Basset in Bridgerton.

The series is overseen by Chris Van Dusen, who previously worked on Shondaland projects Grey’s Anatomy, Private Practice, and Scandal. Rhimes joined the streaming site in 2017 after 15 years at ABC, and her forthcoming projects include Dance Dreams: Hot Chocolate Nutcracker, a documentary about Debbie Allen out on November 27, and Inventing Anna, an adaptation of New York Magazine‘s scandal-filled Anna Delvey saga.

Adrienne Gaffney
Contributor Adrienne Gaffney is a freelance writer who contributes to The Wall Street Journal, Town & Country and Billboard and formerly worked for WSJ Magazine and Vanity Fair. 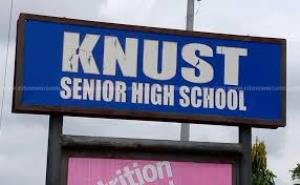 J.P. Adjimani Foundation reaches out to the mentally-ill on the streets

People are prone to illnesses of all sorts of which mental illness is one. It is based on this premise