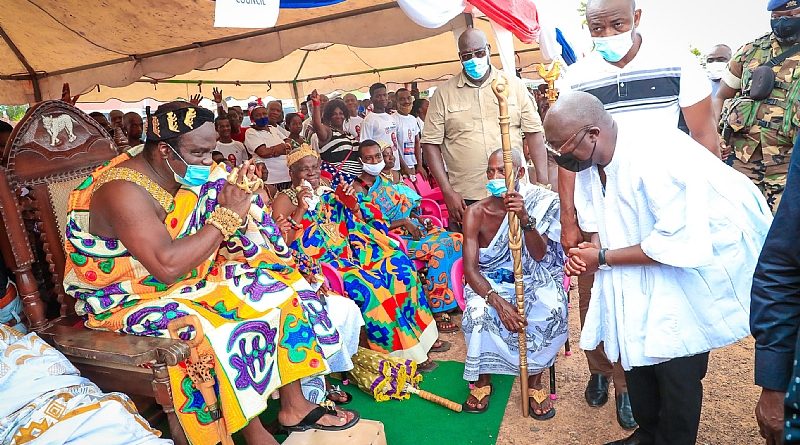 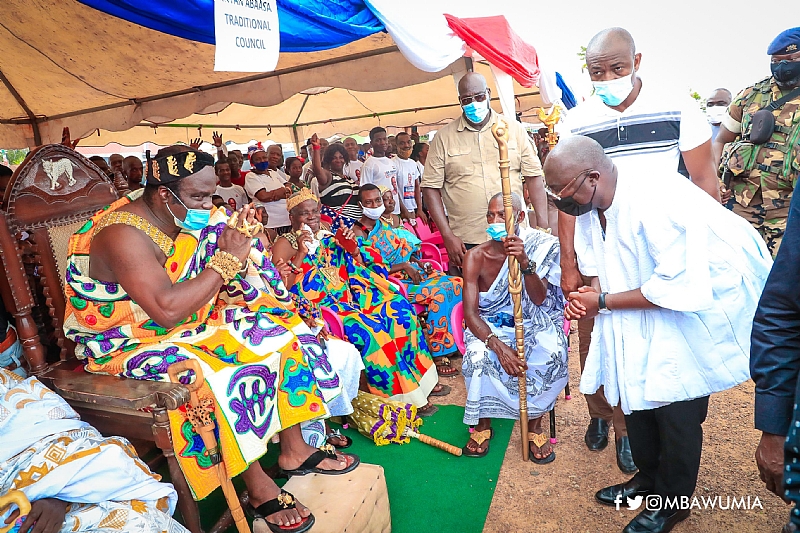 The Omanhene of Enyan Abaasa Traditional Area in the Ejumako Enyan Essiam Constituency of the Central Region, Nana Kwame Akonu X has urged voters in the constituency not to vote “skirt and blouse” in this year’s general elections.

The NPP’s Dr. Rashid Kwesi Etuaful is seeking to replace the NDC’s Cassiel Ato Forson, who has been MP for the area for 12 years.

At a durbar of Chiefs and people of Ejumako Enyan Essiam on Friday, October 30, 2020 the Nana Kwame Akonu commended the Akufo-Addo government for its interventions for the people of Ghana, as well as development projects within the constituency in the past four years.

While commending the Akufo-Addo government, Nana Kwame Akonu bemoaned the issue of skirt and blouse, which he said has affected development in the area.

“I’m pleading with you, the people, that voting different directions is not helpful. Vote in one direction. This skirt and blouse stalls progress. It has a negative impact on good governance.”

The Omanhene said the skirt and blouse, which happened at the national level, was replicated at the Assembly level in the area and that has further stalled the work of the assembly.

“What happened at the national level was replicated at the assembly level. It has been four years now and the Assembly has not been able to meet. The Presiding Member, who is the Speaker and has to drive development discussions is in a fix because anytime the Assembly meets, there is a stalemate.

“At the Assembly level, we have missed lots of opportunities for development due to this. How long can we continue like this?

“All that I want to say is let us not vote skirt and blouse. Let us vote straight dress.”

Vice President Bawumia reiterated the call by the Omanhene and urged the constituents not to vote in a manner that could stall development.

He urged them to once again vote for President Akufo-Addo and also vote for Dr. Rashid Etuaful, the NPP Parliamentary candidate to ensure that they get more development.

Dr. Bawumia said President Akufo-Addo has demonstrated his sincerity by spreading development to the area, and a vote for him and the NPP Parliamentary Candidate will complement the work of the government and even ensure more development for the people of the constituency. 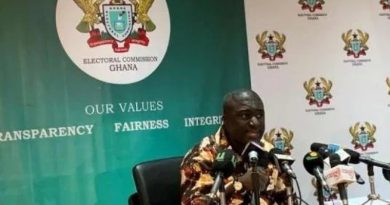