The need to review the extant definition of federal character in the Nigerian constitution has become more pertinent, the Speaker of the House of Representatives, Rep. Femi Gbajabiamila said on Saturday.

According to him, as presently defined in the constitution, federal character is at variance with the nation’s realities as it limits national opportunities to geographical location alone without consideration for gender, persons living with disabilities and age classification.

While declaring open the Young Parliamentarians Forum (YPF) National Strategy Meeting and Retreat in Abuja, Gbajabiamila also challenged young legislators on charting a course in preparation for the Nigerian youth taking the mantle of leadership at all levels of government in the country.

The Speaker, while commending YPF for the initiative of taking up youth matters, however, challenged the young lawmakers on proffering answers to some pertinent questions.

“This is an inspired choice because we know from the evidence of numbers, that any vision of our nation’s future that doesn’t address the expectations of Nigeria’s youth and fails to meet them at the point of their needs, will fail.

“Therefore, in thinking about the future, we must dedicate ourselves to asking three crucial questions.

“The first is how do we provide jobs that pay a living wage that allows young people to live full lives of achievement and contribution to our society?

“The second question is, how do we ensure that young people who want to participate in governance, who have valid contributions to make, have a clear path to political participation at all levels?

“And how do we ensure that the systems of justice in our country are sufficiently robust to protect our nation’s young people from exploitation and abuse in whatever form it might take?

“Intricately linked to these three questions, is a fourth, more fundamental question about education in Nigeria. Education is the silver bullet that solves problems and a key that opens doors.

“Education is how we ensure that our young people can participate fully in the 21st-century knowledge economy. Education allows a child born in Nigeria, to dream beyond their station, and to compete with peers everywhere in the world.

“Yet, we know that from primary through to tertiary, we still have an education system that isn’t designed to achieve innovation and transform society. How do we change that? Gbajabiamila noted.

In his remarks, the Clerk to the National Assembly (CNA), Arc. Olatunde Amos Ojo, while commending the young lawmakers noted that there was no better time than now for the retreat considering the nationwide youth restiveness that followed the Endsars protests.

He also urged the group to chart a result-oriented course that would be of benefit to Nigerian youths.

In his welcome address, the Chairman of YPF, Rep. Kabir
Tukura noted that the forum visited the Vice President, Prof. Yemi Osinbajo and the Speaker of the House of Representatives and it was agreed that the YPF should come up with a white paper to be submitted to President Muhammadu Buhari.

Rep. Tukura noted that Nigerian youths deserve a voice in the country and deserved to be heard and treated fairly.

He said that treating young people fairly is to treat the citizens fairly as the youth constitute 70 per cent of the population, 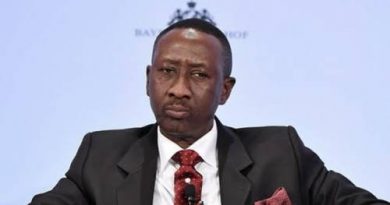 Security: How Monguno Is Dragging Service Chiefs Behind By Emmanuel Okoye