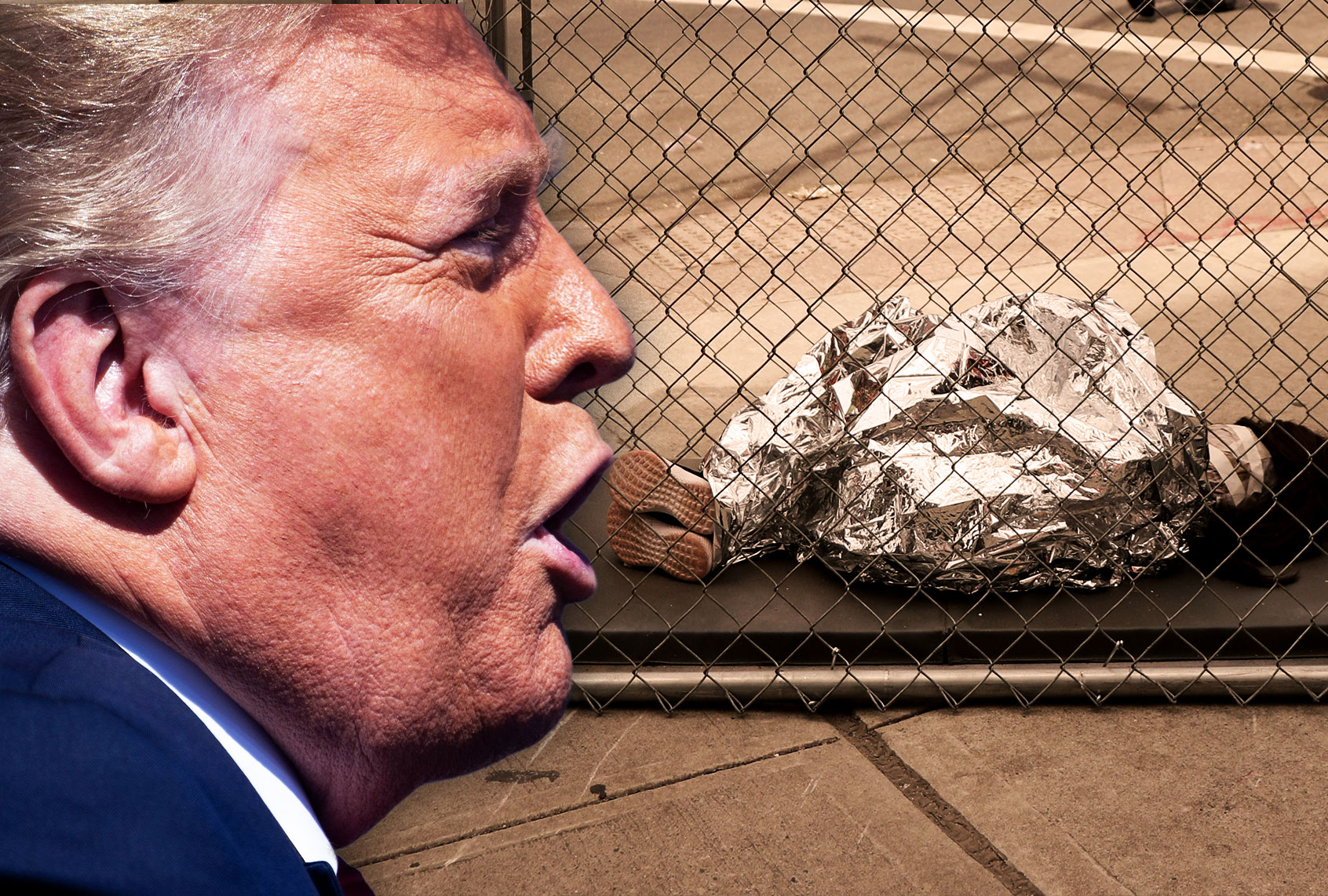 The 2020 presidential election is a life-and-death decision for thousands of people vulnerable to COVID-19, for a globe under the assault from the climate crisis, and for the future of American democracy. And yet for all the urgency, the political campaign still suffers under the weight and stench of bullshit.

Philosopher Harry Frankfurt warns in his bestselling pamphlet “On Bullshit” that “bullshit” is more injurious than the blatant lie. One reason among many is that bullshit blurs the line between reality and fiction, offering a manipulative incorporation of truth to strengthen its own capacity to persuade. Absolute falsity, in contrast, is obvious to anyone with minimal awareness of the facts. When the Trump administration recently declared that one of its grand achievements was “ending the pandemic,” most people laughed in disbelief. This is a lie fit for consumption only from inhabitants of a collective similar to the Rev. Jim Jones’ notorious People’s Temple settlement in Guyana.

One of the most effective forms of bullshit in a political context is the smarmy euphemism. In his classic essay, “Politics and the English Language,” George Orwell attributes the explosion of euphemism in political debate and journalism to the morally contemptible project of “defending the indefensible.” Bombing helpless villagers is not “murder,” to recall one of his illustrative examples, but “pacification.” Vague and bland language also serves the purpose of “naming things without calling up mental pictures of them.”

The late comedian George Carlin found the euphemism particularly prevalent and poisonous in the United States, arguing that “Americans have trouble facing the truth. So they invent kind of a soft language to protect themselves from it.”

The recent revelation that 545 children whom the Trump administration “separated” from their families may never reunite with their parents — because the government doesn’t even know where their parents are — provoked widespread condemnation from Democrats, including presidential nominee Joe Biden, and a stunning display of cold-bloodedness from Donald Trump. When Biden challenged him on the issue during the second presidential debate, Trump attempted to deflect from his cruelty by claiming that the detention facilities where the children were kept were “clean” and that the children were generally “well taken care of.”

Reality’s relationship of to Trump’s bloviation is typically uncooperative and disturbing, and the detention of immigrants and refugees is no exception. Thousands of them say they have endured abuse at the hands of ICE employees while in custody.

Biden deserves support and praise for his promise to form a task force to reunite the missing children with their families, pledging to sign an executive order to that effect on “day one” of his presidency. Election forecasters say that promise is popular with key constituencies in swing-state suburbia.

Regardless of what the polls indicate, the very existence of this “debate” in our national politics demonstrates the thorough extent of our own moral degradation. If a friend and I have a serious and sustained argument over whether or not we should knock an elderly woman to the ground and steal the money she has in her pocketbook after cashing her Social Security check, we have debased ourselves even if we decide not to do it.

In the case of the United States, we have not only discussed the moral offense, but committed it with systematic efficiency.

The word “separated” exposes the U.S. government as guilty of Orwell and Carlin’s accusation — hiding, denying and dodging the hideous truth. A more accurate word would be “abducted.” “Kidnapped” would also work.

Benjamin Ferencz, the last living Nuremburg prosecutor, rejected euphemism, and called the “family separation” policy a “crime against humanity.” A sane but naïve observer might have expect Ferencz’s charge to dominate the headlines, but it received little coverage from the mainstream press.

Furthermore, the mainstream press refuses to conduct the five minutes of research necessary to learn the criteria for calling a policy “genocidal.” It would be untrue to claim that the Trump administration is actively attempting to destroy Latin Americans or immigrants as a group, but in plain language, both the UN and the International Criminal Court list “forcibly transferring the children of a group to another group” as a policy of genocide.

Another genocidal policy, according to the same international bodies, is the imposition of “measures intended to prevent births within the group.” In September, a nurse who became a whistleblower, along with several victims, came forward to testify that medical staff at an ICE facility in Georgia performed unnecessary hysterectomies on many women. To her credit, House Speaker Nancy Pelosi reacted by saying, “If true, this is a staggering abuse of human rights.”

That story did receive widespread coverage, but went unmentioned by any candidate or moderator during the presidential or vice presidential debates. Charges that our government has practiced genocidal policies have all but disappeared from political discussion, making room for analysis of Hunter Biden’s laptop, rapper Ice Cube’s meeting with Trump officials, and the incoherent ravings of Trump’s Twitter feed.

What does it say about a country that it can overlook policies that approach or resemble genocide? Or about a people who can learn that their government is creating orphans and routinely abusing the weak and vulnerable, and either react with boredom or make it fodder for a partisan political quarrel, as if that were morally similar to disputes over tax cuts or regulatory procedure?

The “staggering abuse of human rights” and “crimes against humanity” of the Trump administration should guarantee this president’s removal from office, and most likely his prosecution and imprisonment. Instead, they have fallen into the memory hole of a chaotic and intensely contested election campaign. Even when fully revealed, the extent of Trump’s barbarity toward children is not enough to defeat him at the polls.

One could make the same condemnation of American culture based upon the report that Trump’s slumlord son-in-law, Jared Kushner, convinced the White House to drop a national testing program because he believed the coronavirus would be most harmful to “blue states.” Setting aside the egregious political miscalculation, there are terms that aptly describe this behavior, which might range from “depraved indifference” to “murder.”

Despite the accumulation of damning evidence against the sociopaths in the federal government, there is no mass protest movement in the streets demanding their immediate resignation or prosecution. The absence of any popular response other than voting demonstrates that the problems in American political culture run deep, and cannot be solved in one election.

The only humane outcome to this election — the resounding victory of Biden over Trump, and Democrats winning a majority in the Senate — is critical in the larger effort of addressing American pathologies. But it is equally important, if not more so, that Americans start telling the truth: about our government, about our country and about ourselves.

Get on board for President Joe: He’ll win, and Trump is finished