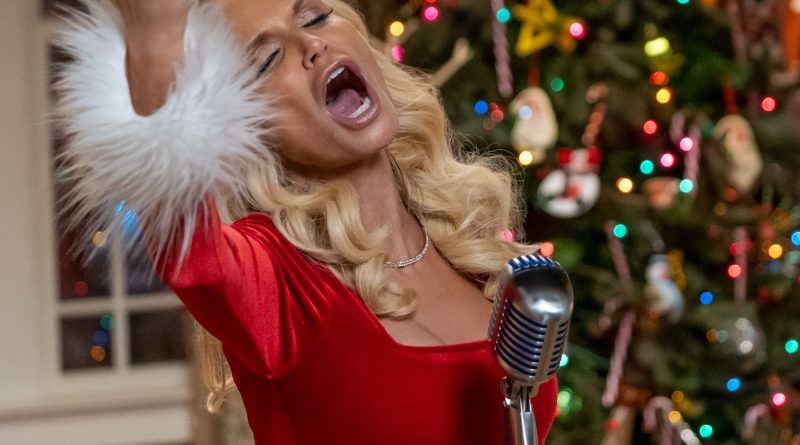 Spoilers for Netflix’s Holidate ahead.

With the first two R-rated words of Holidate (“fucking holidays”), Netflix’s festive programming has officially begun. Their first film of the season debuted on October 28 and stars Emma Roberts as Sloan and Luke Bracey as Jackson—two holiday-weary singletons looking for platonic plus ones. They meet in a department store, both in line to return gifts after enduring Christmases they’d rather forget.

Sloan is sick of questions about her single status and sipping cocktails at the kids’ table. Jackson can’t face another holiday where he’s forced to meet the parents three dates in. Thus, the Holidate concept is born—no romance, just being each other’s date for every holiday in a calendar year. Surprise, surprise: The two end up falling for one another somewhere between St. Patrick’s Day and Fourth of July. But will Sloan and Jackson’s new relationship last another 365 days? And is Netflix planning on giving its latest holiday film a sequel?

Ahead, everything we know about plans for Holidate 2, including the new continent this couple could be traveling to.

A Holidate sequel hasn’t been announced.

The movie, directed by John Whitesell and written by Tiffany Paulsen, was released just in time for everyone to complain that it’s too soon for a Christmas movie. As such, a follow-up film hasn’t been confirmed. If there were to be a sequel, perhaps it would focus on a different couple in Holidate. Sloan’s Aunt Susan (Kristin Chenoweth) and mother (Frances Fisher) both find love before the final credits. There’s also her older sister (Jessica Capshaw) and younger brother (Jake Manley), who face their own respective romantic foibles.

But, Holidate‘s writer already has a sequel idea.

While a second movie is far from confirmed, Paulsen says she already has ideas for the sequel. At the end of the movie, Jackson takes Sloan to his native Australia to spend New Year’s. If the screenwriter had it her way, the story would pick up there. “Don’t you think Holimates is just a cute title?” she asked Vanity Fair during a recent interview. “Holimates: Holidate Down Under.”

Paulsen told the outlet the sequel would depict Sloan’s experience adjusting to Australia and Jackson’s family. “I know exactly what that story will be and how we would explore it,” she said, adding, “I’m certainly hopeful. We hope that people love it and want to see more of this relationship. I think there’s so much more to explore with Sloan and Jackson, because they’ve barely dated. They go on 11 dates in a year, and there’s a lot to see where this goes. So we’ll cross our fingers.” Considering the movie is at the top of Netflix’s most-watched chart at the moment, it’s safe to assume people are craving more.

If there’s one thing Netflix likes doing, it’s taking a romantic comedy you enjoyed watching on a rainy afternoon and making four more. That was the case with A Christmas Prince and The Princess Switch, two popular offerings that have or will become trilogies. To All the Boys I’ve Loved Before and The Kissing Booth also spawned three movies each in as many years. The question may be less about when Holidate will get a second movie than when it will become a three-peat.

It would likely premiere in 2022 or later.

A Holidate sequel is purely hypothetical at this point, so there’s no release date. However, filming on a new movie would likely be delayed as Roberts is expecting her first child with boyfriend Garrett Hedlund. That means late 2022 is the very earliest one could expect Holidate 2: Election Day Should Be A Holiday. (My working title.)

Ok Taecyeon Is Good at Being Bad

The Western Regional Director of the Ghana Health Service, Dr. Jacob Mahama is calling for all workers at the Jubilee