The Paramount Chief of the Bole Traditional Area, Bolewura Sarfo Kutuge Feso(I) has called for the protection of economic trees in and around the Savannah Ecological Zone.

This he indicated was necessary to secure our valuable wood lots especially, rosewood and shea butter trees which are of monetary value to the people.

At a stakeholder dialogue on the environment held at Bole in Bole District of the Savannah Region on the theme,” Enhancing the protection and conservation of Rosewood and other Economic Wood lots, around the Savannah Region,” the Bolewura lamented the extent of rosewood harvesting and commercial charcoal burning in the region, describing it as a “regrettable collusion”.

The dialogue which was organized by Jaksally Development Organization in collaboration with Arocha Ghana, Northcode, various MPs and MMDCEs in the region and Social Initiative for Literacy and Development Programme among others, brought together key stakeholders and various players in the environmental protection value chain to deliberate on the way forward out of the twin evils of rosewood harvesting and commercial charcoal burning.

The Bolewura expressed his commitment towards the protection of the environment, adding that,”…when I mounted the skins barely one and half years ago, my first policy was that I wrote a letter, circulated it to all concerned banning felling of trees, charcoal burning and other related wood processes.I wrote an official letter sent it to Forestry Commission, Police boss,to all my subchiefs banning what we are today for.I earlier on banned it and that was in support of what my big man (Yagbonwura) had done. But you see, the miscreants are still there. They go behind you. You cannot go to the forest yourself and those who are expected to carry out the thing are themselves implicated…”.

According to the chief, the continuous cutting down of economic trees such as sheanut,dawadawa, rosewood inter alia can be blamed on the poor supervision by the Forestry Commission and the powers that be who, instead of enforcing the law are rather emboldening the buyers and promoting the destruction of the environment and forest resources.

He was, however, hopeful that with a concerted effort and effective collaboration between religious leaders,the media and other well-meaning stakeholders, we can win the fight against illegal logging and commercial charcoal burning in the region.

The Bishop of the Diocese of Damongo, who doubles as the Chairman of the Ghana Prisons Council, Most Rev.Peter Paul Angkyier commended Jaksally Development Organization and its partners for the bold initiative reiterating the fact that at last,”I have found partners who are interested in protecting the environment and I now know I’m not alone”.

The man of God stated that without a concerted and collaborative effort, Savannah Region cannot develop and the fight against the twin evils of logging and commercial charcoal burning will continue to be a lost one.

He said for the past nine years, he has been on the fight against the destruction of the environment, calling on all and sundry to put in a personal effort to win the fight.

Quoting the Bible,he noted that the earth is the Lord’s.It belongs to God and he only gives to us as stewards and profit from it, but to oversee, to protect, preserve and to continue to promote life.

The Coordinator of Jaksally Development Organization, Mr.Seidu Jeremiah urged participants, especially the youth and chiefs to pay much attention to the environment and consider generations yet unborn by guiding against the rampant felling of trees and illegal commercial charcoal burning in the region.

He said the objective of the collaborative dialogue was to come up with stakeholders coalition against illegalities, setup district taskforce in each district to enforce national and Community environmental governance laws and operationalize all bans by government and traditional authorities in the region and put words into action to secure the environment from further degradation.

He was optimistic that with the support of the traditional authorities and relevant stakeholders, the regrettable menace of illegal logging and commercial charcoal burning will soon be a thing of the past.

The District Chief Executive for Bole, hon. Veronica Alele Heming pledged her commitment towards afforestation and the fight against illegal logging and its twin evil of commercial charcoal burning.

According to her, tried as she did to stop the menace, the interference from chiefs would not allow the whip to be cracked on perpetrators.

To succeed in rooting out the twin evils, she believes a movement stronger than apartheid must be formed in the region.

She disclosed that in the year 2018 alone, her office had to renovate eight classroom blocks due to the devastating effects of the wind-borne out of illegal logging and commercial charcoal burning.

She appealed to the charcoal buyers to stay in their land and not to come and destroy Gonjaland.

Speaker upon speaker emphasized the need to take urgent steps to preserve the environment from the ongoing destruction with reckless abondon. 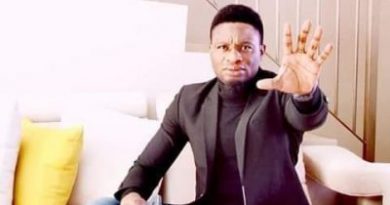 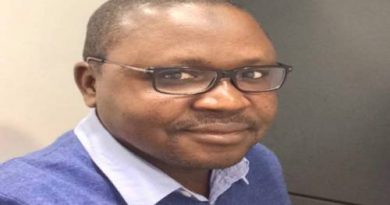 The Road To Yusufari By Isa Sanusi

Chairperson of the Electoral Commission, Jean Mensa would in the coming days appear before Parliament to provide further and better