The Plateau Government says it  has arrested 307 suspects over the recent destruction and looting of public and private properties in the state, as at Oct.26.

The Secetary to the State Government (SSG), Prof. Danladi Atu, disclosed this at a news conference on Monday at the Government House,Jos.

According to Atu, security agencies have commenced massive hunt of looters, in a bid to get them prosecuted, warning that no perpetrator would be spared.

He said this would serve as deterrent to others.

“No act of illegality or criminality will be spared ,” he warned.

He said at the end of a security council meeting held earlier, the State Government had resolved to fortify all check points in Jos South and Jos North local government areas to enforce compliance of the 24-hour curfew.

He said a meeting was held on Oct. 21 with traditional and community leaders, and that one of the resolutions reached was a step-down engagement with their subjects, but regretted that the action was not adopted.

“In our last engagement, the resolution they took themselves was that they were going back to address their people.

“Regrettably, the security council has noted that more than 70 per cent of these community and traditional leaders have not engaged their people; if they had engaged their people, perhaps their subjects would not have been found in this wanton destruction.

“Government calls on them to do so and submit their report latest by next Monday,” the  SSG said.

He said the curfew was still in force until the security situation improved and people showed compliance with the order.

He cautioned the looters against using chemically treated food items, saying they were dangerous for their health as they were preserved to be only used as seedlings.

“Some of the looted items are dangerous for human consumption, because they have been chemically treated and not good for consumption, especially the food items carted away, such as maize.

” It was preserved for seedlings but was carted away from the silos. Those who looted it should be careful about utilising it,” Atu said.

He commended the security agencies for their conduct in the face of provocation, saying the public should not perceive the action as a sign of weakness.

He said the state security council advised members of the public to be wary of propaganda and disinformation, to incite the people against government through the social media.

Also speaking, the state Commisioner of Justice , Mr Chrisantus Ahmadu, said that seven courts had been established for the trial of the offenders, and that they would commence operation on Oct. 27.

Ahmadu said the action was for speedy trial of the suspects, adding, those found guilty would face appropriate legal action.

According to him,  the courts will also commence prosecution of violators of the curfew.

He appealed to parents to warn their children and wards to desist from violating goverment directives, saying the decision was to ensure law and order was maintained in the state.

Others are the residence of former Speaker of the House of Representatives, Mr Yakubu Dogara. 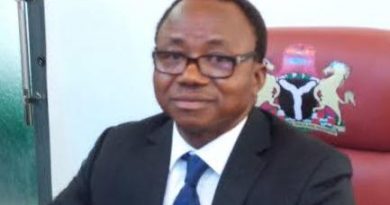