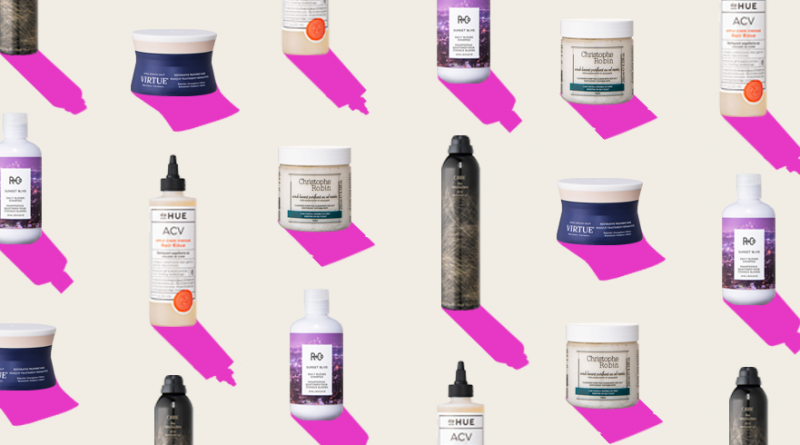 Ever wish you could just copy/paste the virtual carts of the experts who really know what they’re doing when it comes to shopping for beauty products? Well, we leaned into that nosiness and started a series dedicated to the shopping lists of some of the country’s top beauty experts. This week, a stylist shows us what she’s buying to keep her hair healthy.

Not a whole lot of things are business as usual right now, especially when it comes to maintaining our beauty and grooming routines without consistent salon appointments, but you can keep your hair looking and feeling healthy at home—you just need the right hair care lineup. Here, Los Angeles colorist Meri Kate O’Connor walks us through the products she counts on to keep her hair (and her clients’ hair) feeling healthy and looking vibrant. Many of her picks are often found at salons, but you can shop them all at Dermstore.com, an authorized retailer for some of the most coveted beauty products on offer.

Keep scrolling to see what deserves a spot in your shower and on your shelf.

“This scalp exfoliator removes product buildup from your scalp, which is key because product buildup leads to irritation and dandruff,” says O’Connor. “It isn’t drying and also helps to control scalp oil.” A major plus for her: The scrub can be used on color-treated hair. O’Connor recommends using it once a week to give the scalp a deeper clean of dry shampoo residue and buildup from styling products.

This mask works wonders for those with dry or frizzy hair, says O’Conner. “It does a few things at once: It repairs your hair while adding moisture to it, protects from heat damage, and helps to protect your color as well,” she explains. “I personally find that you’ll notice a difference after one use of this mask.” You can thank Alpha Keratin 60ku®, the brand’s proprietary complex that targets and helps repair areas of damage, for the multitude of benefits.

O’Connor loves to sub this rinse in for shampoo. “It cleanses the hair and scalp, which is great for people with scalp irritation or dandruff,” she says. Apple cider vinegar gently cleanses the roots and scalp of grime, oil, and buildup without disturbing hair color—in fact, the formula is designed to seal in color. Plus, thanks to moisturizing argan oil, it even doubles as a 2-in-1. “It leaves the hair soft and shiny without you having to use a conditioner,” says O’Connor.

O’Connor’s favorite way to restore hair—be it straight, curly, damaged, or color-treated—is to double up on treatments by following the Cleansing Purifying Scalp Scrub (above) with this mask. It pairs prickly pear seed oil, an antioxidant-rich oil that helps to smooth and repair super-dry or brittle hair, with nourishing plant ceramides. “It makes hair soft, shiny, and easy to manage afterwards,” she says. “It’s also light enough that you can use it on all hair types, but if you have fine hair, start off with a small amount on your ends and go from there to make sure it isn’t too heavy.”

Whether you have your wash-and-go routine down to a science or you’ve perfected the DIY blowout, O’Connor recommends reaching for this styling cream. “I love how much shine it gives the hair,” she explains. “You can use it on wet hair to air dry or blow dry, or on dry hair as a finishing cream for extra moisture and shine.” She’s also a fan of the warm, citrus-spiked scent.

If you’re already blonde—natural or not—this handy, mess-free brush can take it to the next level. “This is perfect for those with medium to light blonde hair who want to enhance their highlights in the sun,” O’Connor says. “It gives you a super-gentle, gradual lift, so it’s nothing too crazy for at-home color.” That doesn’t mean it’s foolproof: She does recommend following the directions to the letter, and notes that she wouldn’t use it on anyone with dark blonde or brunette hair.

A single spritz of this weightless texturizer goes a long way, which is why O’Connor considers it a staple. “You can use a little bit and continue to build up texture to create the perfect amount in your hair,” she explains. “It gives just the right amount of texture without leaving hair feeling gritty or tacky—which a lot of texturizing products do.” It also delivers subtle lift at the roots for extra volume. She’s also a fan of the warm, addictive fragrance.

O’Connor describes her own hair as being perpetually frizzy, so she swears by this kit. “By using the Smooth Shampoo and Conditioner—and alternating the conditioner with the Restorative Treatment Mask—I don’t have to use heat on my hair to style it in order to get less frizz, which I love,” she says.

It also contains the brand’s Alpha Keratin 60ku® technology, which can help to repair damaged areas, while artichoke leaf extract helps smooth and seal the cuticle. That’s critical, since raised cuticle layers are what leads to frizz in the first place.

O’Connor—and her clients—swear by these root touch-up sticks. “It’s perfect to use between color visits to help disguise roots,” she explains. The dual-ended design sets this one apart: One side applies the transfer-proof color, while the other features a brush to easily blend it into hair for a natural look.

It’s way too easy for blonde color to go brassy, but a little maintenance can help. This shampoo offers just that, according to O’Connor, and she finds that it outperforms its peers. “This shampoo is perfect for blondes that want to stay cool-toned,” she says. “The light purple color doesn’t over-deposit like a lot of darker purple shampoos on the market, which makes it safe to use every wash to help to maintain your cool blonde.” Over-depositing the color means the blonde takes on a gray or purple hue—which you probably want to avoid.

However you choose to dry your hair, a dedicated hair-drying towel can speed up the process. O’Connor considers this to be “the perfect towel to cut drying time in half,” she says. The super-absorbent material not only soaks up moisture quickly, but “the fabric also helps to keep hair less frizzy while drying,” says O’Connor, since it minimizes the friction that can lift the hair cuticle.

It’s no secret that coloring can damage hair and lead to dryness, but harsh processes like bleaching are even worse—imagine hair snapping off in the middle of the strand. O’Connor recommends this pre-shampoo treatment to her bleach and tone clients because it’s designed for “not just highlights, but broken, damaged hair,” she says. It contains Olaplex’s patented ingredient, bis-amino diglycol dimaleate (a true mouthful), to help repair the hair bonds broken during the coloring process, leading to smoother, stronger hair. 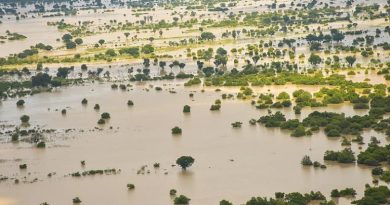 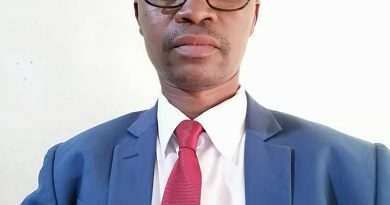 “I’m not getting over violence against women”: Rebecca Solnit discusses her new anti-memoir

My father! Powers submitting my name, family and progress to coven, expire in Jesus name

Oh God arise! by the thunder of your power, pursue my pursuers in the mighty name of Jesus

My father! Every occult embargo, targeted against me, die by fire in Jesus name

My father my maker, poison and magic of the enemies, limiting my success, backfire in Jesus

Henceforth Oh God, Let every mouth saying, evil things against me, be roasted by fire, in Jesus name amen

Congratulations my chairman for a successful completion of your tenure. Inddeed it was not easy.U came in a time when there was financial crisis in the country, Corona crisis ,that almost crippled the world economy yet u proved your doggedness and stewardship. U are one in a million. Although u met so many debt like the staff quarters debt left by Hon.Yakubu and the Locked up stores in Uromi market debt left by Hon. Sam Oboh ,u were still able to manage the little allocations to make sure Uromi market is kept clean on daily bases.Thank u Mr chairman.I will not fail to Quote my leader,chief Obafemi Awolowo in one of his book "All sins shall be forgiven but ingratitude is a sin that can never be forgiven" On this note once again,we are grateful and congratulations to u.