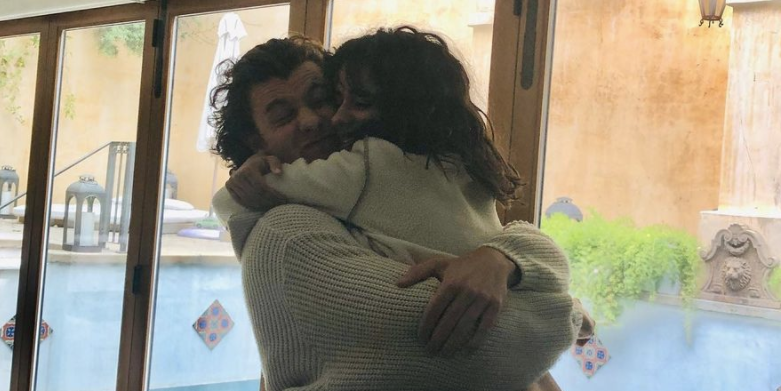 Camila Cabello made it clear that absolutely no one has to worry about the status of her and Shawn Mendes’ relationship. They’re back together in quarantine and SO very in love. Cabello shared a shot Mendes took of her with her new short haircut on her Instagram this afternoon, then she posted a second grid photo of her giving him a giant hug. (Even he looks a little overwhelmed by it.)

“LOST MY SHORT HAIR VIRGINITY!!!! I’ve had long hair all my life it’s TIME TO FEEL THE AIR ON THESE SHOULDERS BABY photocredit: @shawnmendes ❣️❣️❣️❣️” Cabello captioned the first shot.

And in the second shot with Mendes, she wrote simply, “heheheheheh.”

Cabello and Mendes started out staying together in Florida at the start of the coronavirus pandemic. They were last seen at the end of May. Cabello would eventually fly back to London to finish filming her upcoming movie Cinderella. Mendes went to Los Angeles, where he has been working on his new album. Cabello returned to Los Angeles on October 4.

Mendes spoke about Cabello and her impact on his upcoming album Wonder during an interview with SiriusXM Hits 1’s Nicole Ryan on October 2, back when Cabello was still in the UK.

“I haven’t seen her actually in like a month and two weeks, not that I’m counting,” he told Ryan. “She’s back really soon and I think it’s interesting ’cause when your girlfriend is an insanely talented, real musician who writes her own music, it’s scary to write an album around her. And she was with me when I was kind of in the studio doing it. I realized the trick is like, show her the really rough demo version from your phone that you recorded, and if she doesn’t like that, she’ll tell you, then don’t wait to show her the mixed finished product. Because if she doesn’t like it then, then you’re kind of, I don’t know what to say to you. I’m sorry.”

“She really was a champion for this album and I remember back when I first started a lot of the concepts and they felt a little bit intimidating,” he continued. “She was like, ‘Go, keep going, keep going.’ And she would do this thing like once a month, ‘Hey, just a reminder, this concept you’re on is incredible. It’s going to make people feel something really special. Don’t stop. Don’t stop. Don’t stop.’ And it was this force of energy that I think was really helpful to keep me on a real cohesive. ‘Cause I think what happens is when you go to write an album, you start writing something and then you start worrying about what people think. And you start thinking about expectations. You start thinking about reactions and then you start changing your album. But if you want a world and you want an essence and you want people to feel a certain way, you have to decide and make it and finish it and let it breathe in the world and hope for the best because I guess that’s all you can do. And this is the first time I really felt that I’ve done that with an album. So, I hope you guys feel that too, when you end up listening front to back, if you decide to.” 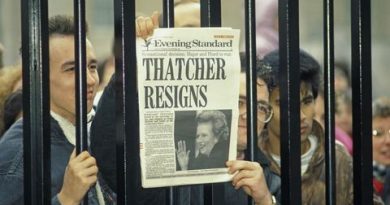 Margaret Qualley Dances Into the Spotlight in ‘Fosse/Verdon’

A childhood without photographs