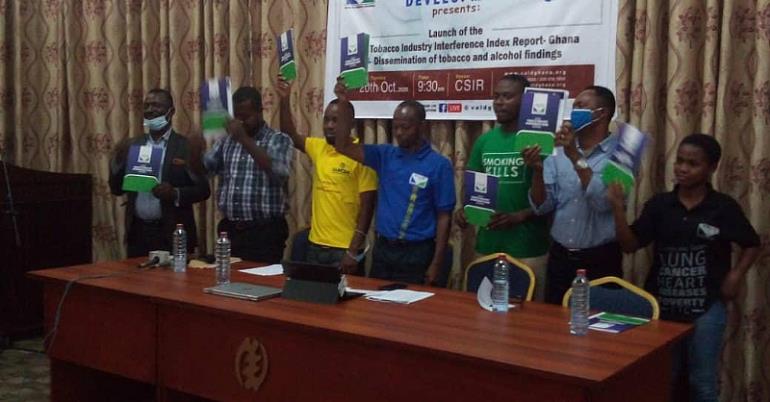 Vision for Alternative Development (VALD) is calling on the government to as a matter of urgency increase taxation for Tobacco, alcohol, as well as Sugar-Sweetened Beverage (SSB) companies to trigger the increase in prices of the commodities to deter its use.

The Advocacy group on Tuesday, October 20, 2020, launched a tobacco industry index report highlighting the alarming usage of the product and alcohol in the country.

The findings in the report of the survey which was conducted in selected communities in the Greater Accra Region have revealed that the use of tobacco products, alcohol, and SSBs are on the ascendency, largely because of its cheapness, availability, and accessibly.

Stressing on the Negative health outcomes from the use of tobacco, alcohol, and sugar-sweetened products, Mr. Divine Darlington Logo who is with the Research Division of the Ghana Health Service has defended the need for a tax increase for the producing companies.

“We are suggesting that cost-effective measure for the control of these is the increase of tax. So we are suggesting to the government; we do not have any law even banning sugar sweetening beverages in Ghana. We have a policy and we want it to be well enforced.

“We are calling for an increase in tax measures so the coming 2021 budget that is going to come we want to see the tax on Tobacco products increased, same for alcohol and sugar sweetening beverages”, Mr. Divine Darlington told journalists on the sidelines of the launch of the report.

On his part, Programmes Director of Vision for Alternative Development, Labram Musah who spearheaded the survey disclosed that industries continue to interfere with public health policies especially when it comes to tobacco control, making it difficult for the needed regulations to be adopted and enforced.

While reiterating to the government to adopt the increase in taxes for the tobacco and other industries producing products that threatening the lives of citizens, he has charged the Food and Drugs Authority (FDA) to ensure the effective implementation of the TC law especially the section that protects minors from smoking and exposure to tobacco, alcohol, and SSBs.

Mr. Labram Musah and VALD also want the government to adopt the alcohol regulations and develop policies/regulations on SSBs.

Officially launching the tobacco industry index report, the vice-chair of Ghana Non-Communicable Disease (NCD) Alliance, Ad-Adams added to the call on government while emphasizing that the time for action is now to avoid needless deaths.

“We must act now to prevent these needless deaths from the unhealthy commodities such as tobacco products, alcohol, sugary sweetening products in the country. The Ghana NCD Alliance aligns itself with the vision of Alternative Development to battle this menace in the country”, he noted. 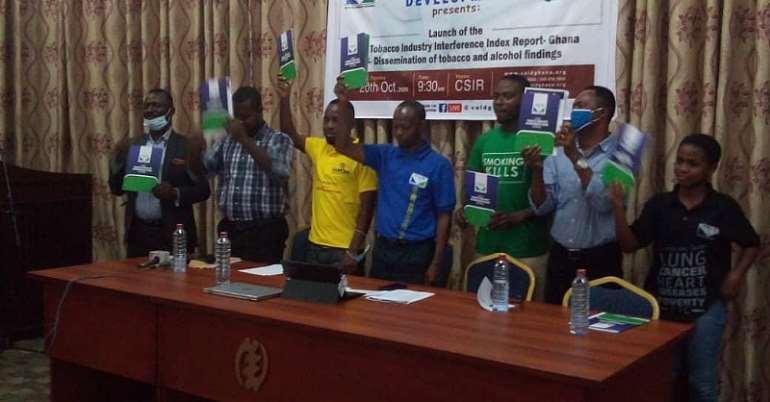 Alarming facts on the use of tobacco, alcohol, and SSBs globally and in Ghana:

Tobacco use remains the single greatest cause of preventable death globally but it continues to kill close to half of its users, contributing to more than 8 million deaths every year according to WHO

Over 3 million deaths occur every year due to the harmful use of alcohol representing 5.3 deaths of all deaths globally. Harmful alcohol use is a risk factor for more than 200 diseases and injuries (WHO)

In 2016 alone, more than 340 million children and adolescents globally aged 5-19 were overweight or obese, and associated with high intake of SSB (WHO 2015)

As a result of the rise in the use of Tobacco, Alcohol, and SSBs and their concern for public health, many countries are taking tax measures as the most cost-effective means to control and reduce consumption alongside other public health measures. 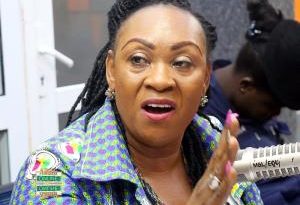 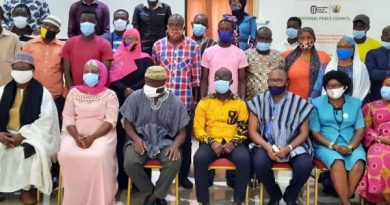