The Ondo State Government has ordered the closure of all schools in the state following the tension generated by the ongoing #EndSARS protest.

The directive was given by Governor Rotimi Akeredolu in a tweet on Tuesday afternoon.

He said, “I have directed that all schools that resumed on Monday 19th October 2020 are closed for the meantime from tomorrow 21st October 2020 because of the engulfing nationwide protest and the need to ensure safety of our students and staff.

“Parents and the public are to note this directive and all schools are to comply.

“Any inconvenience is regretted, while the state government would ensure resumption of our schools as soon as possible.”

Protesters demanding an end to police brutality and extortion have been on the streets for several days calling for action from governnent.

COVID-19:We did not approve Paxherbal for treatment of symptoms – NAFDAC 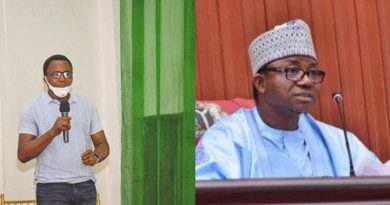 A helpless budget without hope