PRESIDENT Muhammadu Buhari and the leadership of the National Assembly led by President of the Senate, Dr. Ahmad Lawan and Speaker of the House of Representatives, Femi Gbajabiamila on Sunday met at the Presidential Villa, Abuja, over the ongoing nationwide #ENDSARS protest.

The meeting it was gathered was to review the ongoing #EndSARS protests across the country and to determine the quickest way to implement the protesters’ five-point demand.

Speaking to State House correspondents after the meeting, the Senate President, Dr. Lawan said the parley with the President was to decide on an expeditious manner to implement the demand.

He said it was a trying moment for the government and thanked the President for exhibiting great democratic credentials.

The Senate President pointed out that the youth had made their legitimate demands and the government has listened.

Lawan said: “This is certainly a trying moment for our country and the leadership of this country. As the National Assembly, we believe we have critical and crucial roles in ensuring that the current situation of protests across the country is brought to an end.

“I want to thank Mr President for exhibiting his very deep democratic credentials. The protests have gone on for over 10 days, probably today is the 11th day across many states of the country.

“I think the protesters have expressed their legitimate rights, the government has listened and the essence of coming to meet Mr President is to review the situation and see the roles the two arms of government should play in ensuring that the five-point demands of the protesters are properly addressed.

“Where legislative intervention will be required, we are ready to move in and deal with such expeditiously to ensure that we do not waste any time, so that we address the concerns of our youths.

“Where the executive role is expected, we are sure that the executive will also expedite action and we will be watching to ensure that such demands are properly met.

” It is also very critical at this point to mention this. Since the protests have taken place and the issues have been accepted, the time has come for the protests to stop because government needs to have sufficient time and conducive environment to implement the demands of the protesters.

“We also need to have our economy to continue to go on. When you try to stop people from engaging in their lawful activities, closing roads to markets and other economic places, such will distract the country’s economy and that is not the best way to go.

” Therefore, I am seizing this opportunity to appeal to our youths who are protesting that the protests have already yielded the desired results. First of all, they said ‘end SARS.’ That was the beginning and SARS was scrapped, not by the IGP. SARS was scrapped by the President himself. The President made a presidential statement. And that was the first time a President will say end SARS and SARS has ended.

“The other issues followed. They are being addressed, and that is why we are here. I believe that the time has come for these protests to come to an end and allow government to address the issues in a very short time.

” I also believe that Nigerians have legitimate rights to go about their lawful businesses without let or hindrance. We cannot have that when the roads are blocked. We do not want a situation that will lead to a degeneration of law and order because if somebody is blocked and he feels he must have his way.

“So, we will ask that withdrawing from these protests at this time is the right thing to do. Meanwhile, give us the opportunity to deal with matters that we have agreed as a government to handle.”

On his part, Speaker of the House of Representatives, Femi

Gbajabiamila said,” We have met with the President and I can assure you that there is no bigger democrat than Mr President. He gave us a listening ear, the same that he always gives Nigerians.

” He accepted absolutely everything that Nigerians asked for. I have heard the stories that we have heard end SARS-like four times before. That is what people are saying.

“Like I said, you have never heard it from Mr President, but now, he has said so. So, let us tarry a little while. Let us sit back. We have got what we want, let us sit back and see what happens.

“If you like, you begin your protests again if nothing happens in two weeks. But let us not continue this thing and lose the plot. That is what I don’t want.

” I don’t want our youths to lose the plot. They have done so well in terms of expressing their grievances and it is important we don’t get side-tracked.

“Of course, there are tangential issues that they have discussed after the EndSARS. We have spoken with Mr President and he is looking at everything.

“It is a process and the important thing is that the government has heard you loud and clear. It is continuous engagement. We will be engaging our youths in matters of policy and communicate with Mr President as well on what needs to be done.

” So, again, let us not lose the plot, let us remain focused. Points have been made like never before in the history of Nigeria and that is kudos to the young men and women out there.”

On the attack on the Osun State Governor, he said,  “As far as Osun State is concerned, it is unfortunate what happened to the state governor. This is where I said we are beginning to lose the plot.

“Osun state governor is loved by everybody in the state. He came to address people and that was what he got. At that point, we begin to wonder what exactly do we want? Is there an unseen hand? I don’t think there is an unseen hand. This is a movement. We should not allow people to infiltrate what otherwise is a good course.

“My advice is that even if there is trust deficiency, let us, for whatever it is worth, trust government for what it has done now. It has ended SARS, nobody can argue that. SARS is ended completely, never to be heard, anybody. We talking about SWAT now.

” We interrogated the IGP about three days ago and we asked the question and he explained to us that in any security agency, particularly the police if there is a special unit and you disband it, you don’t leave a vacuum. It is apparently a police code anywhere in the world that you don’t leave a vacuum, it has to be filled and that was why he came up with SWAT.

“Having come up with SWAT, the criteria, the engagement, the personnel, what they can do and what they cannot do, they are a complete departure from what SARS was meant to operate. 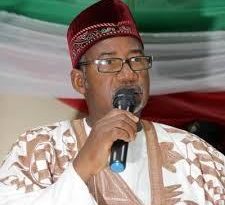 The Accra Regional Police Command has picked up a certain Adjei Boye, a landlord at Manhean for allegedly murdering his