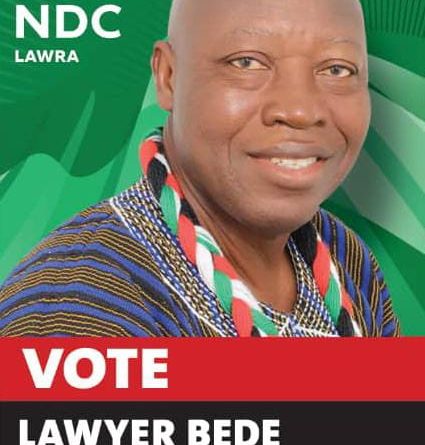 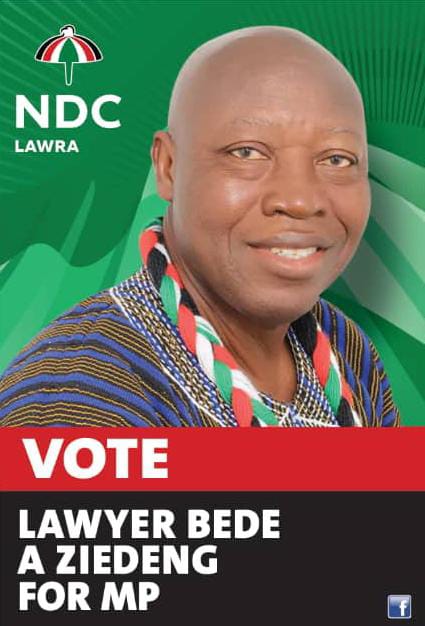 Explaining his statement, he revealed that the National Democratic Congress represented by him in 2016 could not annex the seat because of deep-seated internal wrangling among the file and rank of the party in the constituency.

He added that, because of some misunderstanding, Hon. Samson Abu contested for the seat as an independent candidate while he, Bede Ziedeng contested for the ticket of the National Democratic Congress. With both of them coming from the NDC, their votes were split to favour Anthony Karbo who represented the New Patriotic Party. According to him, if the rank and file of the NDC had united against the NPP, there was no way Anthony Karbo could have won the Lawra parliamentary seat.

Speaking to Barrister Enoch of Tumpaani 88.5fm on Saturday, 17th October 2020, he emphatically indicated that his party, the NDC, has learned bitter lessons from 2016 and is coming back strongly as a united force to take back the seat from the incompetent Hon. Anthony Karbo, who opportunistically snatched the seat of the National Democratic Congress for the New Patriotic Party.

The veteran politician alleged that Anthony Karbo upon realizing his obviously looming defeat in the 2020 December polls, has become very desperate and deceptive. Buttressing his point, he explained that Hon. Anthony Karbo is claiming every milestone chalked by the Lawra Municipal as his and that he (Karbo) appears confused of the work of a Member of Parliament and that of a Municipal Assembly.

He pointed out that the Dikpe Bridge which Karbo promised to construct is only being used as a propaganda tool as nothing is currently going on there.

Hon. Bede Ziedeng catalogued his developmental agenda for the constituency if he becomes a Member of Parliament. He signaled that he is going to prioritize mechanization and modernization of Agriculture by opening mechanized farm centers in the constituency to provide subsidized agricultural inputs including tractor services.

Again, he said that during his tenure as a Member of Parliament, he will institute the Lawra Education Support Fund. A fund that will be managed by an independent, non-partisan Board to help many brilliant but needy students to advance their education.

He also mentioned the following as priority areas if he is given the nod;

Hon. Bede Ziedeng also dispelled what he described as propaganda against him from Anthony Karbo, that he is an old man. He stated that leadership is about vision, passion, knowledge experience, service and not about age. He accused Anthony Karbo of playing double standard and hypocrisy for saying he is old while he, Anthony Karbo continues to canvass votes for an older person like Nana Akufo Addo.

Hon. Bede Ziedeng a veteran politician who has played various roles both in and out of government for the National Democratic Congress. He was the parliamentary candidate for the NDC in the Lawra Constituency in 2016. He became the candidate after he went into parliamentary primaries with Hon. Samson Abu and won.

However, there was a misunderstanding internally that caused Hon. Abu to contest as an independent parliamentary candidate while Bede represented the NDC. The NDC therefore, went into the election as a divided house, giving Anthony Karbo, the Parliamentary Candidate of the NPP, an advantage to win the election.

Indeed, the parliamentary results did indicate that if the NDC had gone into the election with a united force, it would have been difficult for Anthony Karbo to win. Unfortunately, it was the opposite. The 2016 election parliamentary result for the LAWRA CONSTITUENCY was as follows;

Checks revealed that that Hon. Bede Ziedeng and Hon. Abu Samson has now united and working together to win back the seat for the NDC. Indeed, Hon. Abu Samson has been seen, severally, leading the campaign of Hon. Ziedeng. In the Upper Upper West Region, the Lawra constituency is an interesting constituency to watch in the impending polls, considering the fact that Hon. Anthony Karbo is a deputy minister of roads and High Ways and Member of Parliament and is largely leveraging incumbency against the now united NDC gurus who are coming for political revenge against the NPP. 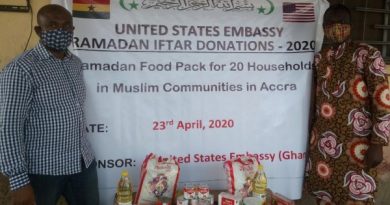 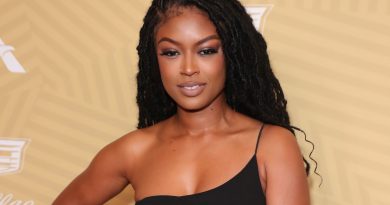 Javicia Leslie Is Your New Batwoman 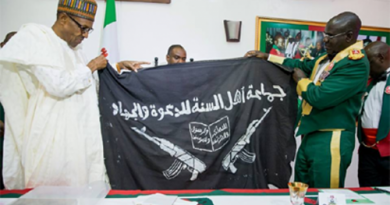