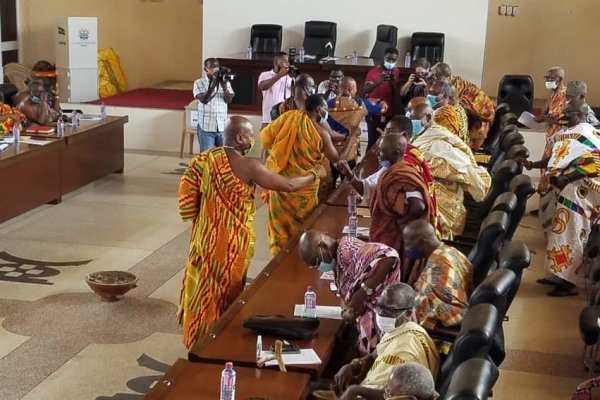 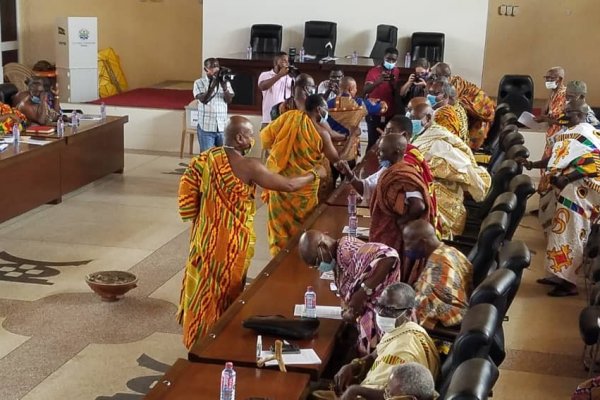 The Volta Regional House of Chiefs has elected Togbe Tepre Hodo IV, Paramount Chief of Anfoega Traditional Area as President of the House in an election on Thursday.

He polled 34 out of the 50 valid votes cast to beat Togbui Sri III, Awoemefia of the Anlo State, with whom he competed for the position.

A tussle over proxy voting delayed the process for about an hour.

Togbe Patamia Dzekley VII of Bator got 28 of the 50 valid votes cast to secure the Vice President position.

Togbe Sri, appointed sole mediator in the Bimbilla crisis by the Government, said he possessed the qualities to improve the House, and that chiefs of the Region would “never regret.”

Togbe Tepre Hodo said he would maintain a united and respected front of chiefs, and that as an active member of the National House, would contribute his expertise and experience towards developing the institution and the Region.

Moments before the elections Osie Adza Terkpor VII of Avatime withdrew from the Vice-Presidential contest and declared support for Togbe Patamia.

The event was under the watch of political leaders, security officers, the media, and supervised by the Electoral Commission.

Togbe Tepre Hodo said he was grateful that the ideals of political neutrality had been manifested in the process.

He said he would collaborate with all in elevating the region, and called on all to work hard.

They were sworn in by Justice Richard Addo, a Ho Magistrate

The Ashanti Regional Police Commander, COP Kwasi Mensah Duku has disclosed that two courts have been established in the region