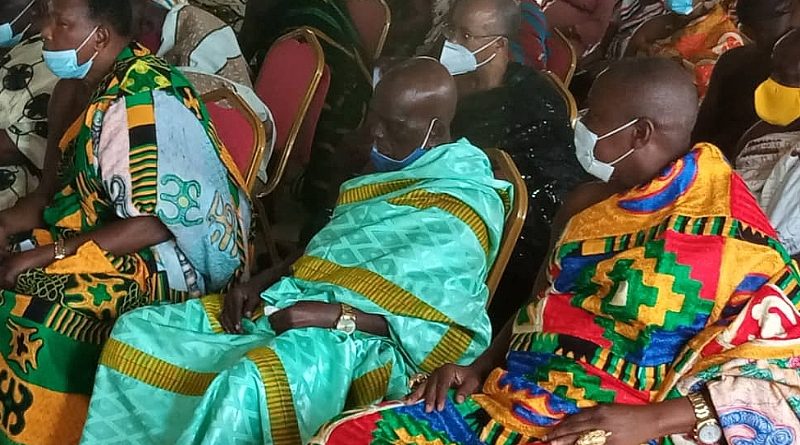 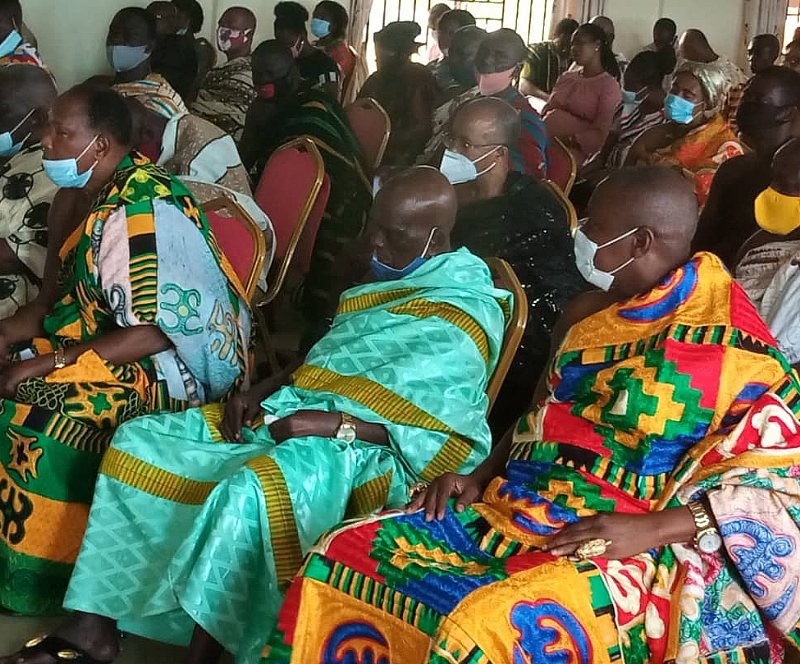 Ahafo Regional House of Chiefs has elected five (5) members as executives to steer the affairs of the institution to help develop the region and improve the living standards of residents.

The election held at the conference Hall of the Regional Coordinating Council in Goaso the capital saw Nana Ansah Adu Baah of Yawfo as the President, Nana Osei Kofi Abiri of Kenyasi No.1(II) as his Vice, and Nana Fosu Gyeabour (Bechem) , Okofrobour Yaw Adjei (Mim) and Barima Twereko Ampem (Ntotroso) as other executives.

Addressing the house, the Ahafo Regional Minister, Evans Opoku Bobie congratulated them for the role they played in the creation of the region and tasked them to deal with any politician who will try to create violence as general elections approach because the region needs absolute peace for development to thrive.

According to the Regional Minister who doubles as the Member of Parliament for Asunafo North Constituency, the region is branded as violent-prone during elections as leaders all efforts must be on board to end the menace.

He told the chiefs who are highly respected and custodians of the region to develop the courage to summon politicians who foment troubles leading to violence before, during, and after elections before the house and deal with them.

He said, ever since the President of the Republic, H.E. Nana Addo assisted the people to have the region, gradually residents are enjoying peace so the people can not afford to lose it again.

” The just ended registration and exhibition exercise by the Electoral Commission was peaceful and one the best in recent years ” Evans Opoku Bobie stated.

The President of Ahafo Regional House of Chiefs who is the President of Yamfo Traditional Council, Nana Ansah Adu Baah thanked his colleagues for electing him as their leader and urged them to come together to promote the traditions and culture of the region to be well noted globally.

He mentioned that members must play a significant role to ensure that the growth and development of the region which is key and the main reason people voted massively is achieved in no time.

“Let’s use chieftaincy to promote development to improve living standards of our people,” he said.

Nana Ansah Adu Baah expressed gratitude to President Nana Addo for joining hands with the Ahafo people which ended in the creation of the region. According to him, development has started hitting the region and it is a plus to the current government.

The Ahafo Regional House of Chiefs which was inaugurated by H.E. President Nana Addo Dankwa Akufo – Addo during his two-day working tour in the region has 15 members.