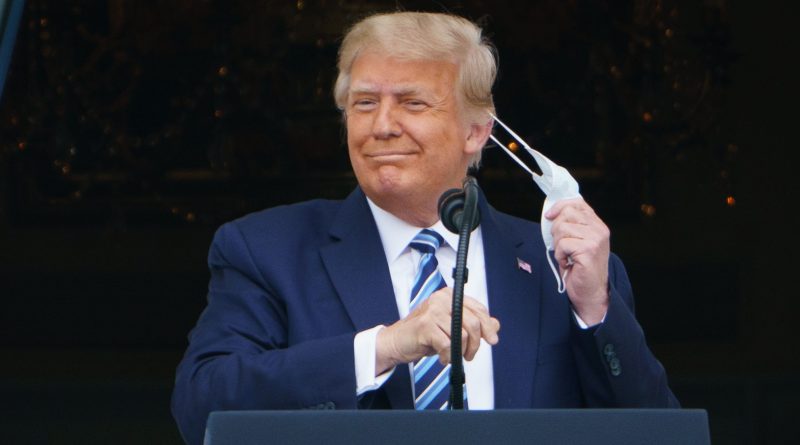 Over the weekend, President Donald Trump declared he was immune to the coronavirus. He tweeted, with his signature superfluous use of exclamation points, that he couldn’t pass the virus to others.

“A total and complete sign off from White House Doctors yesterday,” he wrote on Sunday. “Very nice to know!!!” Yet, until Monday, the American people were left in the dark about the president’s status, and there’s still so much we don’t know. We don’t know the last day he tested negative before publicly announcing his positive diagnosis. We don’t know exactly when he started testing negative again, and we don’t know, after a Saturday event at the White House attended by hundreds, the true number of people infected with the virus who have come in contact with the president.

Here’s what we do know: Trump’s declaration of coronavirus immunity is false. He presented this information without evidence, despite reports that immunity is limited, even in those who have previously tested positive. And his complete disregard for the coronavirus—and for the nearly 215,000 who have died from it—extends all the way to his own home, where the people who are employed to take care of the First Family have tested positive for the virus. And we also know this to be true: Trump doesn’t care that this virus is endangering the lives of his staff. And his carelessness is a reflection of his administration’s failed response to a pandemic that is still raging out of control.

We also know this to be true: Trump doesn’t care that this virus is endangering the lives of his staff.

While the list of Trump administration officials and advisors who have been infected by the coronavirus is filled with familiar names like Hope Hicks, Chris Christie, Kellyanne Conway, Kayleigh McEnany, and Stephen Miller, some White House staff who contracted COVID-19 have received less attention. Specifically, we learned that four White House residence staff, including three housekeeping staff members, had tested positive for the coronavirus in recent weeks.

Which begs the question as Trump receives the best medical care available, what is being done for the people who look after his home? And who stands up for them?

The residence staff employed at the White House often work there for decades—cooking, cleaning, and otherwise caring for a succession of presidents and first families. They are largely Black, Latino, and elderly—the populations with the highest risk of serious complications from COVID. Their work requires proximity to their employers, whom they cannot necessarily rely on to take the precautions that prevent the spread of the COVID. That’s especially true when your employer is Donald Trump, who not only refused to wear a mask—even after he knew he was infected—but actively discouraged others around him from doing so.

Their workplace may be unusual, but when it comes to COVID, the working conditions of the White House residence staff reflect those of many domestic workers who are employed in America’s neighborhoods. The imbalance of power in the home, the lack of traditional workplace protections, tenuous job security, inadequate PPE to keep them safe from a pandemic, to name a few. (Upon learning of their diagnosis, the first two White House residence staffers who tested positive for the virus were directed to use “discretion.”)

Even though Trump’s recklessness caught up with him, he was never going to face the same consequences as other Americans infected with COVID. The president gets medical care that most people in the United States could never hope to access. That includes a fleet of doctors to monitor him, proven treatments and experimental drug cocktails, and, we can assume, healthcare workers who will tend to his every need at the White House. His COVID-postive senior aides and advisors can expect a similar level of care, should their conditions worsen.

Unlike Donald Trump, most Americans don’t have the luxury of simply pretending this pandemic isn’t happening.

Fresh out of the hospital, Trump told Americans “Don’t be afraid of Covid,” and “Don’t let it dominate your lives.” But unlike Donald Trump, most Americans don’t have the luxury of simply pretending this pandemic isn’t happening. For those struggling to take care of children out of school indefinitely; those who have lost their businesses, jobs, or homes; or those who have gotten sick or watched a loved one die from COVID, opting out of the chaos is not an option. The only option we have is to vote Trump and the Republicans out this election season. That’s how we stand up for domestic workers in America’s homes and in the White House—the people who make all other work possible.

Voting can be hard, especially this year. But for women, people of color, and other groups being neglected and attacked by the Trump administration, it’s worth it. Everything is on the line.

We have suffered the most from the Trump administration’s failings, so it may not seem fair that we’re now being called upon to fight to save ourselves and the rest of the United States from further disaster. But it’s our opportunity to demand more, and to put forth a vision for the future where we all have dignified lives. The outcome of this election will have lasting effects on the rights of all Americans, but particularly women and people of color. When we vote, it is one way to make a difference in our lives and communities. And that includes protecting ourselves from a global pandemic that our current administration still refuses to acknowledge.

If you can’t vote, remember that the policy decisions elected officials make still affect you. Getting involved doesn’t always mean casting a ballot at the polls or through the mail. Make sure you’re involved this election season by encouraging others to vote with your interests in mind.

Throughout the pandemic, Trump has placed the domestic workers who take care of him at unnecessary risk. As demonstrated by the events of the last week, Trump can afford to be careless because he has every resource at his disposal. Meanwhile, for now, the workers he put in danger, both in his house and in America, are still facing major power imbalances that keep them unprotected at work. But something else we know? We’re going to determine the outcome of this election. And when women of color vote, we win.

This election season, we’re the ones who have the power.

Visit Care in Action’s voter hub or DM us on Twitter and Facebook for information on how to make voting as easy as possible. 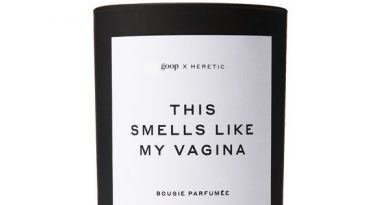