Governor Seyi Makinde of Oyo State has confirmed the killing of Jimoh Isiaq, one of the #ENDSARS protesters in the state by police.

Makinde also revealed that seven other protesters sustained injuries and are being treated at a hospital in the state.

In a tweet, Makinde said the situation was highly regrettable, adding that he had ordered an investigation into the incident.

Also, at this same protest, Abdulrasaq Olawale, Oluwadamilare Gbolohunmi, and five other persons sustained injuries and were taken to hospital for treatment.

I pray that God grants the parents of Jimoh Isiaka the fortitude to bear this irreplaceable loss.

The governor noted that the ongoing nationwide #ENDSARS protest was a “strong indicator of a systemic failure”, and also showed the failure of the police in carrying out their duties of protecting the people.

It again calls into question why State Governors are called Chief Security Officers of their state whereas, they do not have the necessary powers to control the police force.

Peaceful protests are a big part of our democratic process. The right to freedom of speech and assembly are guaranteed by our Constitution, and I will never support any attempt to rob citizens of their fundamental human rights. 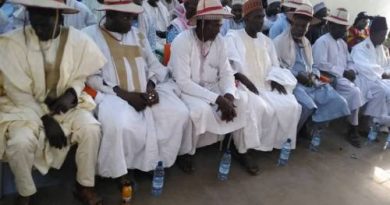 Africa Centres for Disease Control and Prevention confirms 1,291,724 cases of Covid-19 in the continent

A political science lecturer at the University of Ghana, Dr. Alidu Seidu has opined that COVID-19 has put the NPP