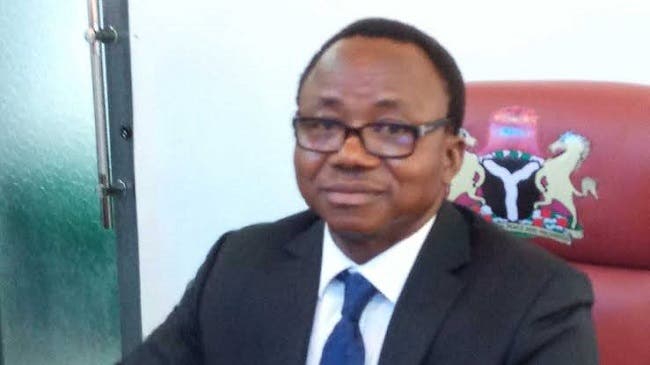 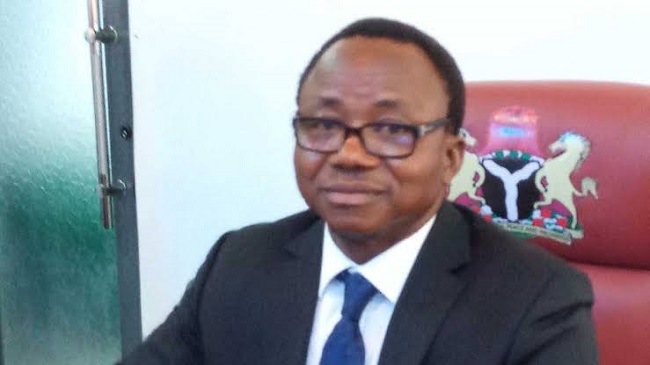 The Speaker of Edo State House of Assembly, Rt. Hon. Frank Abumere Okiye and six other members of the Edo Assembly, on Tuesday formally defected from the opposition All Progressive Congress (APC) to the ruling People’s Democratic Party (PDP), on the floor of the house.

Okiye who announced the defection at plenary session added that he had received letters from the six members including himself, expressing their desires to decamp to the ruling party in the state so as to identify with the developmental strides of Governor Godwin Obaseki to move Edo State forward.

The speaker relied on what he termed the sharp divisions and factions in the All Progressive Congress Party (APC) in the state as one of the reasons they decided to cross to PDP, to enable them to perform their duties effectively as representative of their constituencies.

It would be recalled that all the 24-member house were elected on the platform of the APC.

However, crisis ensued when only nine members presented themselves for inauguration on June 17, 2019, when Governor Obaseki issued the proclamation for the house to convey.

The crisis snowballed into Obaseki himself defecting to the PDP while the remaining 14 members-elect on August 6, 2020, caused a retired Deputy Clerk of the house to inaugurate them at a private residence in Ugbor are of the Benin GRA.

Okiye and the defecting six members remained in the APC all through the electioneering campaigns and the election proper in September, 19 this year.

Meanwhile, the Assembly has adopted the Business Calendar for the Second Quarter, Second Session of the 7th Assembly 2020.

Presenting the report to the House the Majority Leader, Hon. Okhuarobor Henry said that the calendar would see the House sitting for 62 days in the second quarter; three (3) days in September; 21 days in October; 21 days in November and 17 days in December.

In the same vein, the speaker Rt. Hon Frank Okiye announced the receipt of “A Bill for a Law to Established a College of Education and other connected purposes” from the Executives Governor of the state Mr Godwin Obaseki.

Rounding off the session, Okiye congratulated the Governor Obaseki and his Deputy, Rt. Hon Phillip Shaibu, on their victory at the just concluded governorship election.

The speaker added that the governor’s victory was a victory for the Edo people, whom he noted, spoke with one voice at the poll and urged them to be magnanimous in victory. 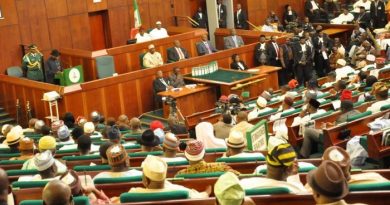 *SURVIVAL GUIDE UNTIL THE END OF RECESSION IN NIGERIA*

1. If you are an applicant, take the next available offered job even if it is below your dream job.

2. Buy only items that are considered as necessities. Postpone all luxurious items till later dates.

3. Forget about living a life to satisfy others' expectations at the expense of your purse, income or convenience.

4. Avoid taking unnecessary risk in your place of work or business that has the possibility of making you lose your job or major clients.

5. Be committed to your profession, job or business more than ever before.

6. Re-evaluate your recurrent expenditure pattern like children's school fees and effect necessary changes if found beyond your income line.

7. If you are blessed with many cars, try and use those with less fuel consumption capacity. You may have to combine outings instead of members of the family taking different cars out for combinable outings.

8. Except you can afford it, resist all Aso Ebi or color of clothes made mandatory by a person inviting you to a ceremony. Nobody will prevent you from entering the venue even with odd colors.

9. Avoid social functions that will tell terribly on your finances in terms of distance and the content of the program. You can just send an 'envelope' to the organizer instead.

10. Let those asking you for money know that things are no longer the same: stop pretending at your expense. Stop suffering in silence. When the chips are down you will be alone.

11. Notwithstanding any promise to the contrary, avoid lending money to anyone an amount which ,if you don't receive on time will hurt your financial stability. Many friendly loans will be irrecoverable now as many expectations will be dashed.

12. If you are a tenant living in a rented palatial apartment with many rooms left unutilized, it is high time you got a smaller accommodation.

13. Where the house is yours and most of your children are adult, leaving you and your spouse in a big apartment with less than half of the house being utilized, quickly consider modifying the house into smaller units with the possibility of earning rental income.

14. Plan only on funds at hand, avoid permutations based on promises made by others. In a time like this, the promisors may fail.

15. Where it is possible, talk things over on phone with people rather than putting your car on the road for physical meeting. In addition avoid endless fruitless banters on phone. Be conscious of the call card cost and data usage.

16. If you have a large retinue of hangers-on around you ,reduce the frequencies of meals.

17. Shut all lights that are not required in your house to minimize the energy bills.

18. Do more physical exercise to minimize constant requirement of drugs. Learn to trek short distances, it helps to improve your health and relieve you of avoidable small expenses.

19. If the regular food in your house is becoming costly, look for alternative. For instance, yam is a substitute for bread in the morning

20. If you will bear heavy responsibility in an event, insist on a moderate program in line with the amount you can afford, and you can save some finances.

We shall surely overcome this recession in Nigeria by God's grace🙏.

The outgoing administration of President Trump has placed a $15,000 visa bond on including 15 African countries and other selected countries. ————>Thi...
View on Facebook
·Share