The National Human Rights Commission, NHRC, has expressed regrets over rising cases of human rights abuses in Rivers State, noting that the rights of many Asthmatic patients have been violated in Rivers State by some hospitals.

The Directors of the NHRC Rivers State Office, Mrs. Chinwe Okoroji, who spoke in Port Harcourt while receiving a report of investigation and monitoring of rights abuses by the Youths and Environmental Advocacy Centre, YEAC with support from Land is Life, during the Covid-19 lockdown in the country, stated that the rise was recorded from the second quarter of the year till date.

Okoroji said: “Since the Covid-19 we have had a series of humane rights violations because we also monitored the process. Like the policewoman that was killed in the Eneka area of Rivers State. This office is ranking second on reports of violations of rights received recently.

“There were also issues of hospitals rejecting patients and forcing them to accept that they have Covid-19 when they don’t have it. This mostly happened to Asthmatic patients.”

She commended the Advocacy Centre for taking time to compile the rights violations report, adding that its findings would support NHRC in its operations.

However, the Executive Director of the Youths and Environmental Advocacy Centre, YEAC, Fyneface Dumnamene, noted that the monitoring was undertaken by the group through its One Million Youth Volunteers Network of Human Rights Defenders and Promoters in the nine states of the Niger Delta.

He tasked NHRC to step up its efforts in partnering with Non-Governmental Organization and other civic groups on monitoring rights abuses and called for the Government to set up a special court to be handling issues of rights violations for quick dispensation of justice. 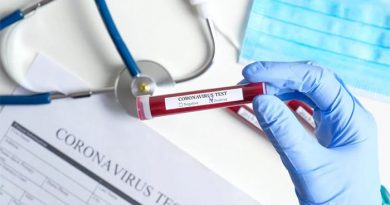 During the current crisis of COVID-19 pandemic, some sectors like health and Information & Communications Technology (ICT) are experiencing unprecedented