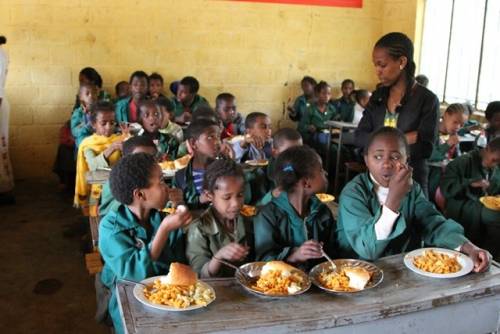 The Independent Corrupt Practices Commission (ICPC) has begun an investigation into N2.67 billion disbursed for school meals during the coronavirus lockdown by the Nigerian government-owned secondary schools, known as unity schools.

This move by the commission comes after the Civic Media Lab, an independent not-for-profit organisation, discovered and reported about the suspicious payments for meals when students were obviously at home due to lockdown imposed nationwide following COVID-19.

“We have commenced investigations into these findings,” said Chairman of ICPC, Professor Bolaji Owasanoye during the second national summit on diminishing corruption at the Presidential Villa Abuja on Monday.

The Civic Media Lab and ICPC discovered the questionable payments by the unity schools through the Treasury Open Portal, a new data platform by the federal government that publishes data of official monetary transactions by federal entities.

Owasanoye said, “We discovered payments to some federal colleges for school feeding in the sum of N2.67b during lockdown when the children are not in school, and some of the money ended up in personal accounts.”

ICPC later tweeted on Tuesday that “The Commission had discovered through its review of publications on the Open Treasury Portal that statutory monthly allocations meant for the feeding of secondary school students of SOME Federal Government Colleges were diverted into personal accounts.”

In August, Civic Media Lab published two reports of how some of the unity schools made such suspicious payments for meals when the students were not in their schools.

The Other report revealed how King’s College Lagos, one of the unity schools, disbursed nearly N50 million for school meals in April.