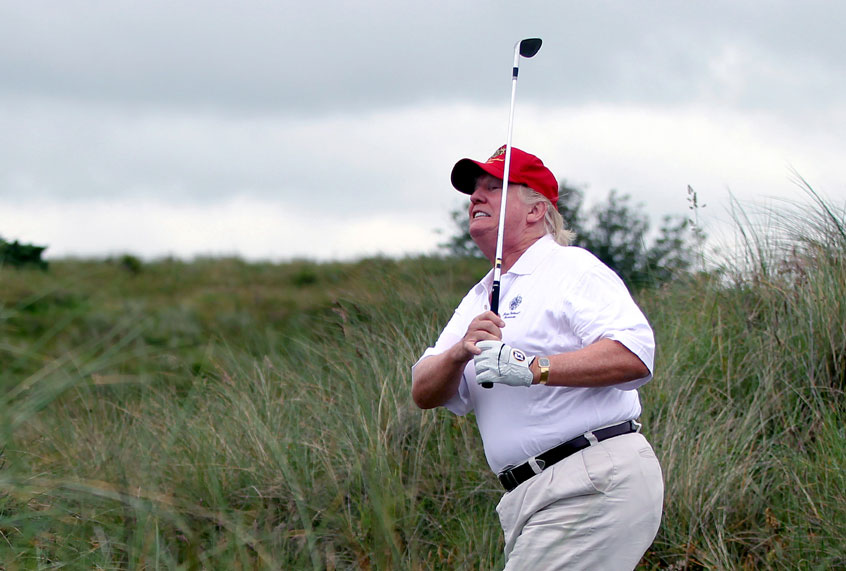 For the past several decades, Donald Trump has been widely regarded as a great big phony. Everything about him is a mirage. He steals credit for the accomplishments of others, especially his predecessor, Barack Obama. His business model is all about slapping his goofy name on properties built by others. Even his outward appearance is a fraud: his unsubstantiated self-confidence, his hair, his clown makeup, his baggy suits designed to hide his doughy frame, even his shoes, which appear to have unusually high heels — it’s all intended to make him appear physically more powerful than he actually is. Fake, fake and fake.

It’s all a big show. In reality, he’s nothing more than a petty, brittle, small man — and a business failure.

Now, thanks to the latest bombshell story from the New York Times, revealing previously unknown details about Trump’s tax returns, we finally have solid confirmation that his wealth and his status as a successful businessman are just as fake as his presidential record and his dairy-swirled hair.

One of the major components in Trump’s ongoing deception pertains to the alleged “success” of his various resorts and golf courses. Spoiler warning: Trump’s properties aren’t doing nearly as well as he says, which leads me to a theory about his response to the pandemic. More on that presently.

According to the tax returns obtained by the Times, Trump earned $427 million as the host of “The Apprentice,” along with various deals linked to his network television career. Trump used his TV revenue to go on a spending spree, buying up golf courses around the world — golf courses that turned out to be 18-hole money-pits. As of 2015, he had accumulated 15 golf resorts, and it’s difficult to find one that’s actually operating at a profit.

Furthermore, none of these losses take into consideration tax years 2018, 2019 or — gulp! — 2020. It’s safe to assume that Trump’s losses are continuing to stack up, especially with a crushing recession fueled by the pandemic in full swing.

Despite his garish penthouse and private jet, Trump is broke. His properties are failing and he needs the money. Badly. Turns out, not only is Trump a craptastically bad businessman, but you and everyone you know is paying to help mitigate his investment nightmares nearly every damn weekend.

Michael Cohen told MSNBC that the tax returns are a Rosetta Stone for understanding Trump’s finances. Accordingly, one of the myriad secrets the New York Times story exposed is a possible answer to why he drags his entire presidential entourage to his resorts on a regular basis — at least 500 times so far, costing taxpayers more than $1 million — and why he chose to rush the nation into reopening the economy while the pandemic was at its height.

It’s worth mentioning that in addition to forcing taxpayers to finance his money-losing properties, Trump paid zero in taxes during 10 of the last 15 years. Remember the debate about “makers vs. takers?” Trump is absolutely a taker. Indeed, based on these numbers, he’s taken a million times more than he’s paid into the federal government in recent years. Talk about a welfare queen.

We already knew his zealous reopening obsession was about keeping the stock market afloat long enough 1) to keep his portfolio in good standing, and 2) to haul his ponderous bulk into a second term. But reopening too soon could also have been about those crappy golf resorts. The hospitality sector has taken a severe beating this year, thanks to COVID and Trump’s inability to rise to the challenge, and that can’t be good for his already failing resorts.

More than 205,000 Americans are dead, while 7.1 million have been infected, in part because Trump is desperately worried about the solvency of his vacation properties. In other words, the president of the United States is so freaked out about falling deeper into debt that he may very well be making life-and-death decisions for the entire nation based on the failing financial status of his janky resorts.

Think about that for a second. The president is metaphorically grinding down American bodies and fertilizing his golf courses with the remains. Hundreds of thousands of our fellow citizens are dead so Trump can be re-elected (or so he hopes) while generating blood money for his failing golf courses. On these terms alone, he’s the deadliest sociopath ever to occupy the White House.

After the Civil War, the War Department turned Robert E. Lee’s Arlington, Virginia, estate into a military cemetery, burying Union soldiers as close to the Custis-Lee mansion as possible. If there’s any justice remaining in America after this nightmare, Trump should be forced to give up his resorts, and the people we’ve lost due to his sadism and destruction in the face of COVID should be interred on those lands for free — if the families even want that, of course. At the very least, Trump’s resorts should be turned into permanent public memorials to the men, women and children who have succumbed to this otherwise avoidable virus.

Sadly, there’s nothing phony about Trump’s malice toward American lives as he pursues his cruel and reckless mission to keep his properties on life support. His irredeemable actions this year alone warrant the harshest prison term allowed by law, if for no other reason than to guarantee that nothing like this horror show never happens again in America. 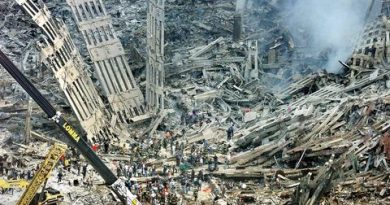 Say hello to the incoming president, I come in peace 🤔

What is the name of the Association?.

God has a better plan for Nigeria than this one

I reject it in Jesus name

Which of the club? R u talking about

For where which country ghana or nigel

He can do it. He still has capacity only that he looks like kuntchu kameni

God forbid...Tinubu can be a political God father not Nigerian President

May your Ancestors continue to lead in your Clan, not in Nigeria 🇳🇬. Amen.

Stop posting this nonsense thing, God did not choose him, This are the people spoiling this country.

Too fragile and fray, he should go back to his London hospital for medical rehabilitation.

May God disappoint you IJN

The way we like backwardness in this country is amazing....

If horses are wishes, beggars

Una mumu never too much???

Habaaaaaaa, dady go and rest noooooooooow. I like u but don't stress urself on VANITY. Chose another person u trust to motivate us. Long live sir