SENATE Minority Leader, Senator Enyinnaya Abaribe, Peoples Democratic Party, PDP Abia South said Monday that his life has been full of coincidences in the cause of fighting for what is right.

Speaking in Abuja while thanking poets from University of Nigeria Nsukka for writing a book on him titled: ” Ala Asaala, Silhouette of Abaribe “, the Minority leader said that during his travails as Deputy Governor of Abia State in the year 2000, the late Oba of Lagos, Adeyinka Oyekan invited him to Lagos and gave him the title of Alasela, meaning successful person, which was coined by my people from the East end to Ala Asaala, meaning, enlargement of coast.

He said, ” Since then, it has been successful endeavours for me and enlargement of coast politically, having been in the Senate since 2007 till date and even minority leader, paving way for me to speak to Nigerians on critical issues and join other stakeholders in putting things aright.”

According to him, the literary work used in depicting his little contributions to the Nigerian society by African Spontanists Movement ( ASM), will further spur him to do more for the advancement of his society and humanity generally.

Abaribe said, ” The message you the poets from University of Nigeria, Nsukka, convey to me through this literary work, is far more profound and will serve as required tonic for me in the service to humanity and God.”

The leader of the literary team, Uchechukwu Chigbu, while presenting the book, said that it is poetic presentation of Abaribe’s service to humanity over the years.

According to him, the literary work is not a biography which may end up in the archive but Poetry which will outlive the writers and the person honoured with it.

He said, ” The Poetry encompasses perspective of service-driven politics, liberation and struggle for just cause in the society which will generate reactions and discussions generation after generation.”

The Director of Institute of African Studies, University of Nigeria, Nsukka, Professor Florence Orabueze, in her Foreword on the book said: ” Ala Asaala is a true art for saying what it says it is. It is epic, awakening, engaging, revealing, vibrating, agonizing and infusing of tunes, truths, thoughts and emotions that stay with the reader long after sounds die away.” 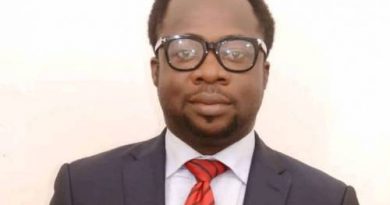