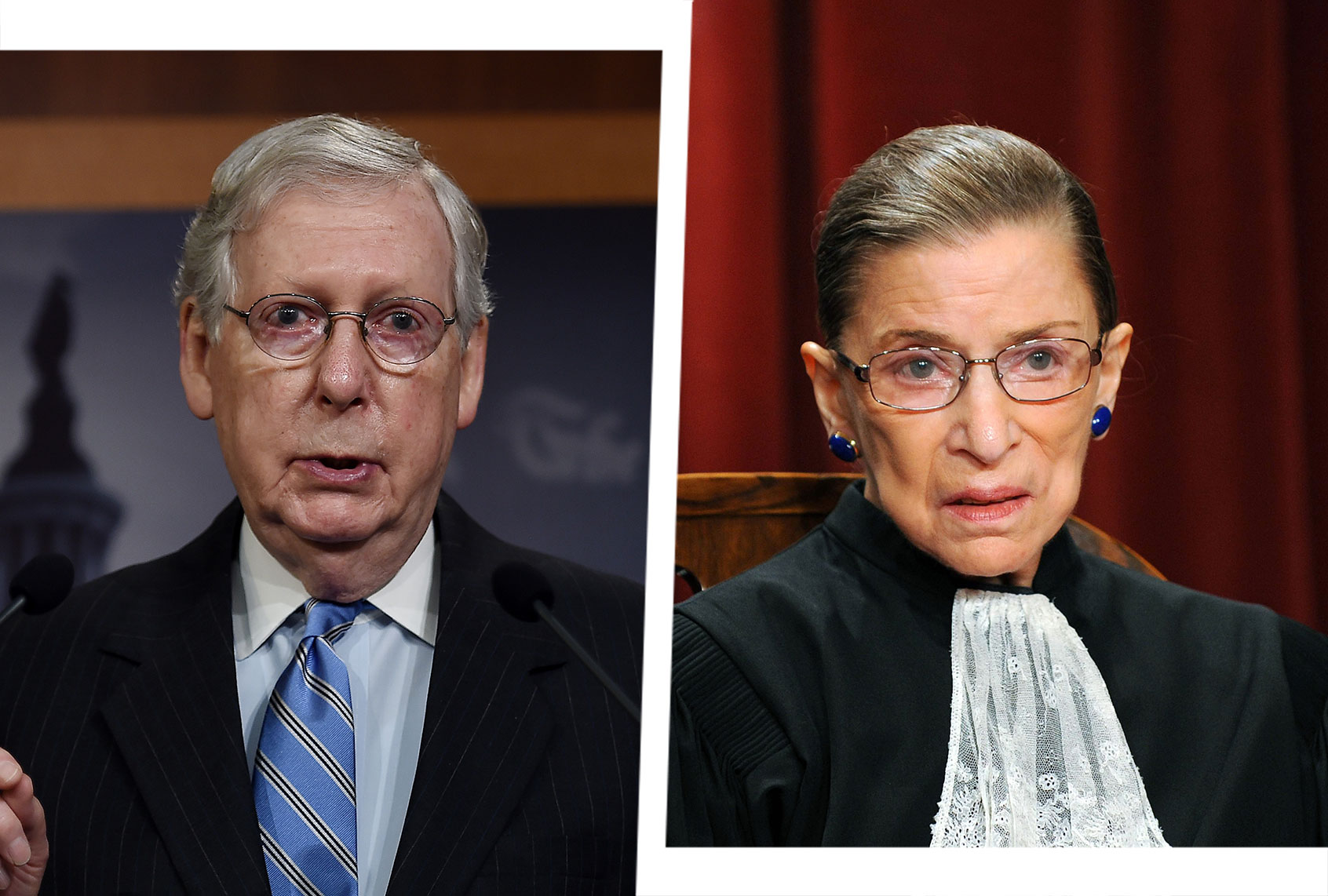 A growing number of Democrats have called for the party to expand the Supreme Court if Senate Republicans push through President Donald Trump’s nominee to replace the late Justice Ruth Bader Ginsburg before Election Day.

Senate Majority Leader Mitch McConnell, R-Ky., who blocked former President Barack Obama’s Supreme Court nominee 11 months ahead of the 2016 election, announced on Friday that the Senate would vote on Trump’s nominee with less than 45 days to go before ballots are cast. The move would potentially create a 6-3 conservative majority on a court with lifetime appointments.

Should Republicans deny Ginsburg’s deathbed wish that she “not be replaced until a new president is installed,” some Democrats favor expanding the court — if they are able to win control of both the White House and the Senate in November.

“Mitch McConnell set the precedent. No Supreme Court vacancies filled in an election year,” Sen. Ed Markey, D-Mass., said on Friday. “If he violates it, when Democrats control the Senate in the next Congress, we must abolish the filibuster and expand the Supreme Court.”

The Supreme Court has had nine justices for more than 150 years, but that number was set by Congress following decades of fluctuation — not the Constitution. Democrats would first need to abolish the filibuster — once a taboo idea in party circles before it was endorsed by Obama earlier this year — in order to stifle Republican opposition.

“The Republicans packed the court after Scalia’s death when they denied President Obama his choice,” Brian Leiter, a law professor at the University of Chicago, told NPR. “Now they want to pack it further — and more consequentially, given that they would appoint a conservative to replace the liberal Ginsburg. If they pack the court, the Democrats would be crazy not to do their own court packing.”

McConnell’s announcement that he would hold a vote on Ginsburg’s replacement with only weeks to go before the election added fuel to the fire.

“If Sen. McConnell and @SenateGOP were to force through a nominee during the lame-duck session — before a new Senate and President can take office — then the incoming Senate should immediately move to expand the Supreme Court,” House Judiciary Chairman Jerry Nadler, D-N.Y., tweeted. “Filling the SCOTUS vacancy during a lame-duck session, after the American people have voted for new leadership, is undemocratic and a clear violation of the public trust in elected officials. Congress would have to act and expanding the court would be the right place to start.”

But it is unclear whether Democratic presidential nominee Joe Biden would get behind such a plan after warning the party it would “live to rue that day.”

Ginsburg herself pushed back on proposals to expand the court following the Garland controversy.

“Nine seems to be a good number. It’s been that way for a long time,” she told NPR last year. “I think it was a bad idea when President Franklin Roosevelt tried to pack the court.”

“If anything would make the court look partisan,” she added, “it would be that — one side saying, ‘When we’re in power, we’re going to enlarge the number of judges, so we would have more people who would vote the way we want them to.'”

Though Senate Minority Leader Chuck Schumer, D-N.Y., did not directly address expanding the court, he warned that all bets were off if Republicans move forward with a nominee.

Speaker of the House Nancy Pelosi, D-Calif., also did not address expanding the court but left open the door to launching a new impeachment probe into Trump or Attorney General William Barr when pressed on the issue during an interview with ABC News.

“We have our options. We have arrows in our quiver that I’m not about to discuss right now, but the fact is we have a big challenge in our country,” Pelosi said. “This president has threatened to not even accept the results of the election.”

Trump responded to the interview by claiming that Republicans would sweep the election if Democrats launched a new impeachment push.

Democrats have few options to obstruct the Senate’s Supreme Court process, and it is unclear how much support there is for expanding its ranks. But legal experts have proposed reforms which would blunt the impact of a highly partisan court. Some have suggested term limits for judges, as well as allowing federal appeals court judges to cycle through terms on the Supreme Court.

Samuel Moyn, a professor at Yale Law School, and Ryan Doerfler, a law professor at the University of Chicago, authored a paper earlier this year proposing reforms to reduce the court’s power. Congress, they asserted, can require a supermajority for certain decisions and insulate certain laws from judicial review.

The reforms “would shift important policy disputes from the judicial arena to the small-D democratic one,” Doerfler told NPR, “thereby substantially reducing the importance of which party has effective control of the courts.”