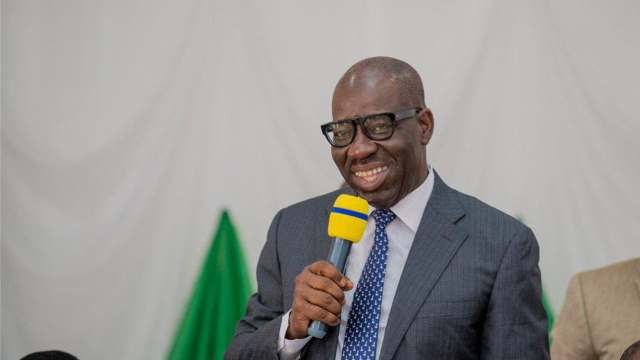 Edo North Senatorial district is the second most populous zone and has a total of 564, 122 registered voters. Made up of six local government areas comprising Etsako East, Etsako West, Etsako Central, Owan West, Owan East and Akoko Edo, the senatorial district is tipped by bookmakers as the zone where the race to Osadebe Avenue would be won and lost today.

Edo North is home to both Oshiomhole and Shaibu with the respective towns of Iyamho and Jattu set to rally behind their sons in the mother of all elections. Although the former President of the Nigeria Labour Congress, NLC, is not a candidate in this election; his quest to teach Obaseki a lesson in “disloyalty” is public knowledge.

But the former APC national chairman is not exactly the politician today that he was when he held sway as governor. Truth be told, Oshiomhole brought life to Edo North by building access roads to link villages with major towns and cities. The people loved him and sang his praises to high heavens. This popularity however began to suffer a steady decline with the ascension of Obaseki whose management of the state’s financial resources elicited commendation across the federation from his supporters.

Shaibu, riding on his visibility among the masses and strong connection with the clergy and traditional institutions, victory in this zone for Ize-Iyamu a difficult task.

“Campaigns are over going by INEC guidelines and timetable. So, I’m not going say anything concerning parties or candidates. All I can say is that we have done our home work and in this area, the umbrella is our symbol. We stand for what is just, right and fair. We are ready for the elections.”

For a truth, notable and influential personalities from this zone abound to give Obaseki genuine hope of staying put in office until 2024.

Media tycoon and chairman, Publicity Secretary of the PDP Governorship Campaign Council, Raymond Dokpesi is a popular figure whose political reach cuts across the three senatorial districts. His home town of Agenebode is home to thousands of registered voters, many of whom look up to him as a mentor and role model.

He is a graduate of Business Administration from the Ahmadu Bello University, Zaria and currently, Senior Special Assistant to Governor Obaseki on Sports. Omokhagbor’s strength is his grassroots appeal and ability to mobilise his people for any course he believes in. In the build up to the governor’s tour of wards in Edo North, Omokhagbor pulled a huge crowd in his home town of Okpekpe. The feat earned him deserved encomiums from the state government as Shaibu publicly acknowledged the reception as one of the best they got in the course of the electioneering campaigns.

Expectedly, the people of Okpekpe, Ebelle, Ukhomhedokha and nine other villages that make up ward 10 would follow the political path of their lovely son in this election.

The Executive Chairman, Etsako East Local Government Area hails from Okpekpe. Seen as one of the closest government officials to Obaseki, Benedicta, the “Iron Lady,” is a seasoned politician adored by the young and old alike.

Her awareness campaign across the nooks and cranny of the local government at the height of COVID-19 as well as palliatives distributed to cushion the effect of the pandemic, won her a place in the heart of all and sundry, even across political divides. Like Omokhagbor, Ebuehi’s touch with her people since she assumed office makes her a great asset to the Obaseki/Shaibu’s ticket.

Incumbent Chairman, Etsako Central Council is a chieftain of the PDP. Nicknamed “The Promise Keeper,” owing to his philanthropic activities, Akhigbe’s down to earth disposition is such that people in the Fugar axis relate with him as “commoner.” He holds the ace for the governor in his zone.

He is expected to call the shots from the Auchi/ Jattu axis as chairman of Etsako West Local Government. A close ally of Shaibu, Inusa would carry the responsibility of delivering the largest council in the senatorial district on his shoulders. Apart from his closeness to the masses, Inusa has been championing the cause of the traditional institution; a development that is likely to play up in this election.

Apart from the aforementioned, the likes of Damian Lawani (Commissioner for Youths and Special Duties) and Moses Agbukor (Commissioner for Water Resources) are expected to take centre stage in the big contest.

Made up of five local governments comprising Esan South-East, Igueben, Esan North-East, Esan West and Esan Central, the Senatorial district has a total of 364, 998 registered voters. Since the return to democracy in 1999, the zone has remained a stronghold of the PDP. Even with the exit of Chief Tony Anenih, every attempt to take the zone has so far failed to see the light of the day.

for Ize-Iyamu (The Traditional Institution)

Oshiomhole is not only a confirmed “enemy” of Anenih (even in death); a man seen largely by his people as “The leader,” his suspension of Chief Anslem Edenojie, the Ojuromi of Uromi is a tragic tale yet to be forgotten by the people of Uromi.

An injury to one is an injury to all! The traditional institution was united behind him as he had Obaseki to thank who promptly reinstated him to his stool. Thus, Obaseki can afford to see this zone as something already in the kitty.

Like other districts, powerful figures are on hand to press the buttons for the governor across the five local government councils.

Ordia is the incumbent senator representing the zone at the National Assembly. A vocal critic of the APC; the tough-spoken lawmaker is one of those Obaseki is relying upon to sell the MEGA blueprint among the people.

Former Minister of Foreign Affairs, Ikimi is the chairman of the PDP Disciplinary Committee whose wealth of experience in electioneering history would prove invaluable for the party in this election. It is hard to see the APC making any significant in-roads into a zone where they have continuously suffered electioneering shellacking for years.

He has remained a PDP member in thick and thin. A loyal party man, the former minister of Works is one of the reasons APC has been unable to take the zone from the PDP.

It took quite a while for him to let go of his governorship aspiration for Obaseki but once he did this, his support for Obaseki has been total. His energy during the campaigns was as consistent as the sun in dry season. 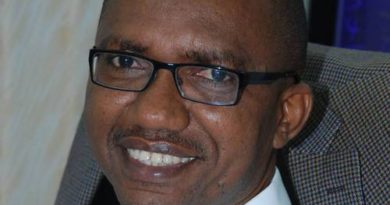 Marcus Brutus And His Cousins By Azu Ishiekwene

It was indeed a night of laughter, fun, glits and glamour as “Throne of Laffta 3.0 Return Ticket Edition” With