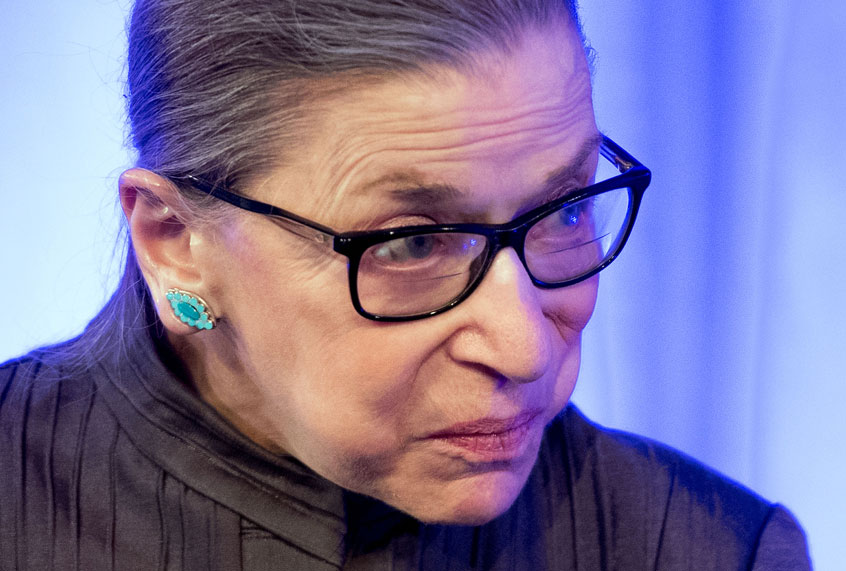 “Our nation has lost a justice of historic stature,” Chief Justice John Roberts said in a statement. “We at the Supreme Court have lost a cherished colleague. Today we mourn but with confidence that future generations will remember Ruth Bader Ginsburg as we knew her — a tired and resolute champion of justice.”

Ginsburg, who battled cancer intermittently for several years, died of “complications of metastatic pancreas cancer” at her home, the court said. She was surrounded by her family.

Ginsburg served 27 years on the court, a diminutive firebrand whose legal acumen was revered across the political spectrum. One of her closest friends was ideological opponent Justice Antonin Scalia.

In her final years Ginsburg became the leader of the court’s liberal wing, a partisan figure and cultural totem whose fans dubbed her “Notorious RBG” after rapper and fellow Brooklynite Notorious BIG. She accrued a cult following thanks to her physical and mental endurance, her commitment to equality and her arrant rebukes of President Donald Trump, whose candidacy she publicly criticized, breaking with long held court norms.

Her death will have profound political implications amid such a volatile campaign season, giving Trump the chance to name a replacement, an option he has so far reserved for himself even at such a late point in his first term.

Just hours after news of Ginsburg’s passing, Senate Majority Leader Mitch McConnell — who in 2016 took the unprecedented step of blocking former President Barack Obama’s nominee Merrick Garland, a seat Trump filled within the first months of his term — confirmed that he would hold a vote on a replacement before the election.

While confirmation hearings held this late in an election cycle already riven with vitriol and social unrest would be explosive, the vacancy is either way certain to play a central role the presidential campaign. The court is just weeks away from starting its next term, and Ginsburg’s passing means that Chief Justice John Roberts, a conservative who has sided with liberals on multiple landmark decisions, will no longer wield the controlling vote in tight cases — rendering outcomes uncertain until the seat is filled.

And major cases loom. The week after the election, the court will once more hear a GOP challenge to the Affordable Care Act, a law it upheld in 2012 by a 5-4 vote, with Roberts writing the majority opinion.

Ginsburg was born in Brooklyn, New York, in 1933. She attended Cornell, where she met her future husband, Marty, moving to Oklahoma, where she gave birth to their first child. The family returned to the East Coast, where Ginsburg entered Harvard Law — one of nine women in a class of over 500. The dean asked her why she’d taken a slot that “should go to a man.”

Her husband took a job in New York City, and she transferred to Columbia, where she received her degree.

In the 1970s Ginsburg became the director of the Women’s Rights Project of the American Civil Liberties Union in the 1970s, arguing and winning precedent-setting gender discrimination cases before the Supreme Court.

In an NPR interview, she explained the theory behind those arguments.

“The words of the 14th Amendment’s equal protection clause: ‘Nor shall any state deny to any person the equal protection of the laws.’ Well that word, ‘any person,’ covers women as well as men,” Ginsburg said. “And the Supreme Court woke up to that reality in 1971.”

Former President Jimmy Carter named her to the U.S. Court of Appeals in 1980. In a statement upon her death, he called her “a powerful legal mind” and “a beacon of justice.”

Former President Bill Clinton appointed Ginsburg to the court in 1993, when she was 60. She was the second woman named to the bench, after Justice Sandra Day O’Connor, appointed by former President Ronald Reagan in 1981.

During former President Barack Obama’s administration, liberals called on Ginsburg to retire so that Obama could place her successor. She declined, out of dedication to her life’s work, as well as a wariness that the Republican-controlled Senate might not hold hearings for a successor — a hunch that eventually played out with Garland.

Ginsburg publicly criticized Trump ahead of the 2016 election, and in response he tweeted that “her mind is shot” and demanded she resign. Ginsburg later acknowledged that she had made a mistake by weighing in on a presidential candidate.

Days before she died, Ginsburg dictated a statement to her granddaughter: “My most fervent wish is that I will not be replaced until a new president is installed.” 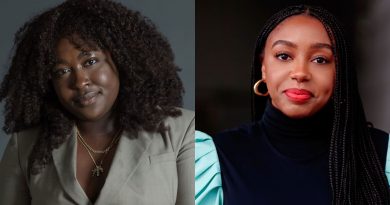 It was a gathering of excitement, fun and creativity on Sunday, August 25th, 2019 as award-winning interior designer Funto Ibuoye,

“You See The Kind Of Charlie Wate He Was Wearing, With Protruded Stomach” — Ken Agyapong Reacts To ‘Apraku My Daughter’s’ Death