Tottenham and Everton were only separated by Dominic Calvert-Lewin‘s 55th-minute goal at the Tottenham Stadium, but the game, which finished 1-0 to the visitors, suggested there is a bigger gulf in their respective searches for identity and improvement, and that should trouble home manager Jose Mourinho.

The new Premier League campaign began with both of these traditionally big clubs hoping the cult of their highly decorated manager can take them to the next level. Mourinho’s track record in delivering trophies raises hope Spurs will finally have silverware to show for years of progress on and off the field, while Carlo Ancelotti’s pedigree offers Everton’s a chance to use owner Farhad Moshiri’s financial clout to bridge the gap with the elite.

Tottenham operate under greater expectations, given their achievements in recent seasons, but Sunday’s proceedings suggest there must be concern that Mourinho is in danger of falling behind Ancelotti in addressing the specific issues that have held both clubs back.

For too long, Everton’s central midfield has lacked creativity and resilience. Ancelotti sought to resolve this in emphatic fashion by signing Allan, Abdoulaye Doucoure and James Rodriguez; all three started here and quickly established control in a distinctly un-Everton-like manner. After all, they had not beaten an established top-six team in 40 matches and not won at Tottenham for 12 years.

Both unwanted records have gone and it was not the result of a smash-and-grab. Spurs quickly became reliant on trying to find Son Heung-Min on the counter-attack and once Everton snuffed out that threat, the home side were alarmingly short on ideas.

Dele Alli was surprisingly withdrawn at half-time despite one or two threatening moments, most notably when unleashing a fierce 33rd-minute shot that Everton goalkeeper Jordan Pickford did superbly well to turn behind.

Mourinho confirmed after the game that Alli’s withdrawal was a purely tactical decision and with his replacement, Moussa Sissoko lining up on the right, Lucas Moura was switched to a No. 10 role. It was effectively an admission from their boss that Tottenham were primarily playing on the break.

Giovani Lo Celso may be absent with a hamstring problem, but the lack of clarity in attacking approach hinted at a deeper issue than just the absence of one player. Mourinho’s later changes saw Steven Bergwijn come on for Harry Winks and Tanguy Ndombele given just 14 minutes to inject some dynamism, but neither substitute made much impact.

Contrast that with the incision offered by Calvert-Lewin and Richarlison, who should have opened the scoring after 16 minutes when seizing upon Ben Davies‘ misplaced pass to round Hugo Lloris, only to sky a left-foot shot with the goal at his mercy from an admittedly tight angle. Ten minutes after half-time, the Brazilian forward’s strike partner was more clinical as Calvert-Lewin powered home a header from Lucas Digne’s left-wing free kick.

Yet nobody impressed more for the away team than James. Although the 29-year-old needs to revive his career after stagnating at Real Madrid and in two years on loan at Bayern Munich, the Colombian international still possesses enough star quality to make his move to Everton a major coup for the Merseysiders.

It almost certainly would not have happened without Ancelotti present in the dugout; for all his travails at in recent years, James was directly involved in 29 goals in 32 league appearances under Ancelotti during their time together at Real and Bayern. He looked a cut above anybody else here, despite receiving the standard rough introduction to English football in two meaty early challenges.

Drifting in from the right, James regularly found pockets of space in dangerous areas and threatened to score himself, particularly with one left-foot shot eight minutes before the interval. When he left the field in stoppage time, he had created five chances for his teammates, the most by a Premier League debutant since Alexis Sanchez for Arsenal against Crystal Palace six years ago.

James has a long way to go to restore his reputation, but this was a better start than many anticipated. If it continues, he will address a key failing that has undermined Everton teams for years. By contrast, Tottenham’s lack of response to falling behind hinted at the issues of mentality and attacking depth which that did for Mauricio Pochettino as manager last year.

Mourinho, somewhat typically, found a plethora of excuses, ranging from a positive COVID-19 test hampering preseason to Harry Kane only being able to train once with the team as a result of international duty with England. There was also a complaint that Digne was allowed to advance the position from which he swung over his decisive set piece.

“I didn’t like that so many referees on the pitch, on the touchline and in front of the screen allowed a free kick to be taken five or six metres in front, which creates a totally different angle of cross, to attack the ball and put a defensive zone line,” Mourinho said. “I can complain now because I was complaining before the goal with the referees.

“But I didn’t like my team. I believe until their goal, the game was there. We were not, in my opinion, physically strong. The team lacks in this moment — in many players — physical condition and of course from that goal they were more dangerous, they had a couple of very good chances coming from the left and attacking the spaces and they were closer to scoring the second goal.”

Mourinho has a point in some respects, and one game in is hardly the moment for definitive conclusions. Spurs are keen to add another striker, and their physical conditioning will improve as September goes on, especially with the club facing Europa League qualifying games.

But the truth is that this game saw Mourinho’s men resort to playing on the break against a team they finished six places and 10 points above last season. The time will soon come to ask whether this is really what their manager wants and if so, whether it is really the best way forward for Tottenham. 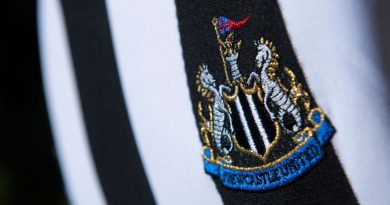 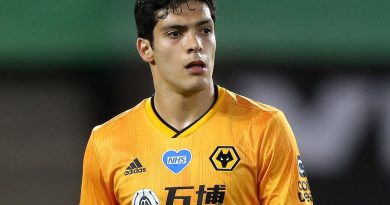 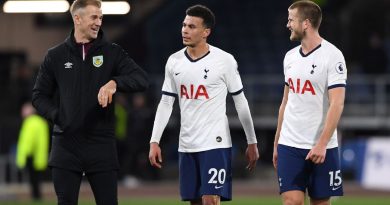 To God been the Glory. Kudos to my able Governor

It's well with Governor Obaseki.

E be like say this men they with Kpelebe oh. Poi is coming! Periodt