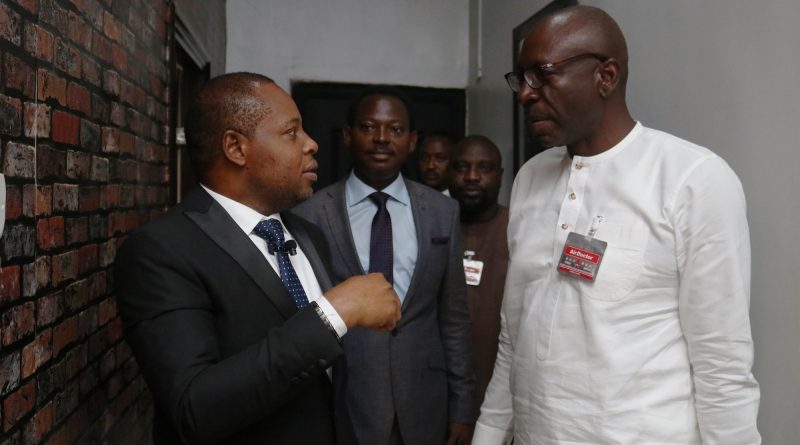 The governorship candidate of the APC, for Edo State September 19 election, Pastor Osagie Ize-Iyamu, has assured stakeholders at Ugboha that his government will reconstruct the road traversing the community.

The road links Ugboha through Uromi, in Edo central to Anegbette, Ekperi, Agenebode, and South Ibie to Auchi (Polytechnic gate) all in Edo North.

He made the pledge when he paid a visit to the palace of the Onogie of Ugboha, HRH Stephen Odigie Ukato, in continuation of his ward campaign in the locality.

“These roads will open up several communities and will boost socio-economic integration between Edo North and Edo Central Senatorial districts” and give motorists a new experience, he said.

Stakeholders at Ugboha in Esan Southeast Local Government Area of Edo State had expressed confidence in the capacity and political will of the APC gubernatorial candidate, Pastor Osagie Ize-Iyamu, to move Edo State forward as elected governor.

Their verdict was delivered in an address they presented to Pastor Ize-Iyamu and prayed God to grant the APC candidate a song of victory before, during and after the election.

They said Ugboha was in dire and urgent need of continued socioeconomic transformation, kick-started by Comrade Oshiomhole but abandoned by Governor Obaseki.

The community also tasked the coming APC government to reconstruct the Ubiaja-Ugboha-Anegbette, and the Ugboha- Uzea roads and the Ugboha Secondary School and provide it with teachers.

In addition, the people asked for an agro-allied industry to be cited in the town while calling for the proper reticulation of the Ugboha water scheme, the resolution of the boundary dispute between it and her neighbours.

Not done, they asked Pastor Ize-Iyamu for the reactivation of the State Library in the town and the approval and construction of a Divisional Police station for Ugboha.

The APC ward campaign rally had taken the party’s candidate to Uzea in Esan Northeast where he promised supporters that on September 19,2020, “when you vote for APC you ,will begin to see results from November 12, 2020.

“This is a very important community and we are going to develop it. This area is the food basket  of Edo State.  All the community needs is the asphalting of the road and financial support”, Ize-Iyamu said.

Earlier at Uromi,  also in Esan North East, Pastor Ize-Iyamu said, “The question is, in the last four years, has Obaseki done anything meaningful in this ward, in terms of roads, schools, water, employment, industries, empowerment? The answer is No”.

At Uwessan, in Esan Central he

assured the people, “that I will not disappoint you or fail you. If you vote out Obaseki, because he failed, you will need to ask yourself what is Pastor Ize-Iyamu coming to do as Governor?”.

In all the wards he visited, Pastor Ize-Iyamu asked the people to turn out on the election day and vote for hid party, the APC adding, “if you support APC you will see the kind of development that will take place here”.

Yellow Dog ProductionsGetty Images Before silk presses became the hairstyle du jour on the menu at natural hair salons, it