AHEAD of the September 19 Governorship election in Edo state, former Federal Commissioner for Information and South-South Leader, Chief Edwin Clark has raised the alarm that the bitterness and violence that have defined the path to the poll was worrisome and frightening.

In a statement on Sunday, in Abuja, Chief Clark also condemned in very strong terms, attack on the Resident Electoral Commission, REC of the Independent National Electoral Commission, INEC in Akwa Ibom, Barrister Mike Igini, adding that the attack is disincentive for people of integrity to serve in government.

The statement read,  “I MUST observe that the bitterness and violence that have defined the path to the Edo Gubernatorial Election is not only worrisome but frightening given that persons who are not part of the election are now being castigated needlessly. It is shocking that someone with impressive track records, a tested character and one of the rare and finest public officers of his own generation, the Resident Electoral Commissioner for Akwa-Ibom State, Hon. Barr. Mike Igini could be characterised and portrayed in a manner completely contrary to his antecedent that Nigerians know him for in this Country, and when he has no function in the Edo State election which has its own Commissioner, by the duo of one Rtd. Col. Imuse and John Mayaki both of whom made some unbelievable allegations against him.

” Expectedly, the nationwide condemnation and reaction of Nigerians across the length and breadth of the country in the last few days would have shown clearly to those who went all out to smear the name if this young man that he is one person that the overwhelming people of this country have confidence in and acknowledged as an exemplary individual they could applaud when it comes to issue of character, integrity decency and probity in public office.

“Political competition is regarded as one of the distinctive hallmarks or attributes of democracy. But a bitter competition is a dangerous enterprise for a nation. The language of political campaigns should embody the principles of restraint, decency and accommodation, it should concentrate on issues contained in Political Party’s Manifesto, and not on reckless and irresponsible assassination of people’s character, especially those not involved in the contest. It should not be characterised by desperation to pull down everything in order to win elections. Such an attitude is a recipe for political chaos.

“I want to commend the Chairman of the Independent National Electoral Commission (INEC) Professor Mahmoud Yakubu for the disciplined and restrained manner he spoke few days ago over these wild allegation as distractions by the partisan accusers in Edo State who maligned Barr. Mike Igini for simply passing through Benin to a funeral event in Delta State. Public institutions must protect people of integrity like Barr. Mike Igini.

“If one May ask, is it possible for someone who was in Lagos with his family to be in Benin the same day holding meeting at 3am with anyone in Edo? How could someone claim and expect to be taken seriously that Barr. Mike Igini of all people would sit with anyone to discuss how to produce “fake ballot papers” to rig election as well as recruit Youth Corpers when in fact NYSC members are in their various homes because of the Corona Virus? These are mere fabrications as the Federal Government announced only a few days ago that NYSC Camps should now open nationwide which means that these politicians lied as at the time of their press conference that took place last Saturday the 29th of August.

“While we urge people who work in very sensitive public institutions like INEC must continue to maintain absolute neutrality and be above board all the time, politicians should not throw baseless allegations at them because it will undermine public confidence and de-legitimize the electoral process. That is why I commend the re-assuring candour with which the INEC Chairman spoke to the press on this matter which confirmed what the general public already suspected to be the real intention  of these wild allegations aimed at ensuring that Barr. Mike Igini who is known for his good work by Nigerians when it comes to the conduct of elections is not posted to Edo State. But must this be achieved at the expense of his good name and reputation?

“I must say without equivocation that like many other Nigerians who have testified to the character and integrity of this young man in the various Television Stations, that I have observed his consistency and unwavering commitment and advocacy for credible elections and good governance for so many years before he was appointed by President Goodluck Jonathan in 2010 and has remained consistent till date.

“Barr. Igini stands out very tall amongst respected Electoral Commissioners, he has served the Country well by distinguishing himself as a true umpire in several challenging electoral situations in Anambra, Imo, Cross River, Rivers, Edo and Akwa-Ibom States, where voters have given a general verdict that the outcome of such elections reflected their will as expressed in the ballot. If he was easily swayed by monetary rewards, he would not have declared in the 2019 election that his job as an umpire was to count votes and not to count money in exchange for rigged election. Ironically, only in Edo State in 2015 election, that APC won Senatorial and Federal seats.

“It was in this same Edo State that in the build up to the 2015 elections that he said publicly that there will be no federal might to determine the outcome of election in Edo State but the might of the people through the ballot papers. That was the only State in 2015 that the President secured 46% of votes, APC won Senatorial and Federal seats in the National Assembly and won majority seats in the State House of Assembly in the entire South-South and South-East. Everybody commended him, particularly opposition parties in Edo and across the country who were calling other States to emulate this patriotic statesman. Barr. Mike Igini is a fetching symbol of hope for credible election in Nigeria.

“That was why Nigerians were not surprised that President Muhammadu Buhari re-appointed him and the only person so-re-appointed amongst the old Resident Electoral Commissioners from the whole of South-South and South-East. He has the distinguished honour to be appointed by two Presidents from two different political parties because of his competence, honesty and demonstrable strength of character and sense of duty. It is against this well-earned reputation and public trust that those of us who have monitored and observed his exemplary conduct and performance in office, are proud of him and take serious exception to the clearly baseless allegations aimed at defaming his enviable character by political actors in Edo State. 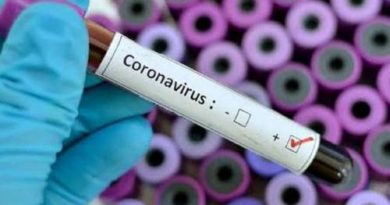 Before Nigerians Are Infected With Coronavirus Disease By Arowona Abdulazeez