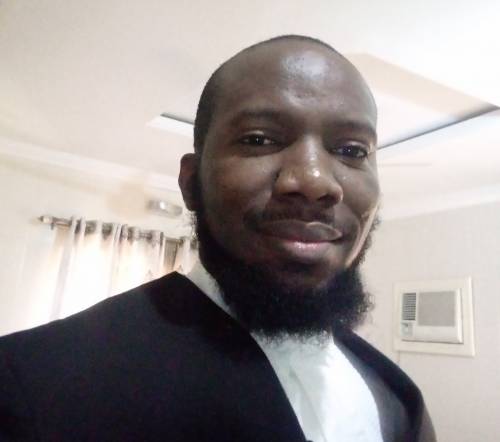 You are an accomplice if you only speak out when it is convenient for you, but remain silent when your favourite politician is in government.

People from my home State, Akwa Ibom, who hated me for constantly deprecating the evils of the Godswill Akpabio regime are now pretending to be his adversaries.

Some of them wished me death in the past because of my opposition to Akpabio, but they started singing a different tune the moment Akpabio left the PDP for the APC. The people who defended Akpabio’s tyranny are now defending governor Udom Emmanuel’s tyranny.

There is nothing that I criticized Akpabio for while he was a governor that Udom Emmanuel has replicated and I have not spoken out against. I do not care who the governor is. What I care about is what a governor does.

There is nothing that Jonathan did while in office that I criticized him for, that has taken place under General Buhari and I kept mute. The same way that I opposed Jonathan’s misrule is the same way that I am opposing Buhari’s misrule.

Those of you that are debating whose misrule is better or worse are just dissipating energy on frivolity. There is nothing like ‘a better bad president’. If we are ever going to change this country, we have to stop expressing preferences for certain categories of bad leaders.

Those of you who are still obsessed with Jonathan’s defeat should remember that history is a judge. Most of you that are attacking people over their political views in 2015 were the most vociferous defenders of impunity, corruption and injustice under Jonathan.

Many of you are still fervently rooting for Alhaji Atiku Abubakar. How can you hate your regular citizens over their political decisions and views in 2015 and at the same time be defending the same Atiku whose money, influence and support along with Saraki, Amaechi, Kwankwaso, Tinubu and others propelled Buhari to power?

People like Reno Omokri should not insult our intelligence by pretending to be activists or advocates for good governance. We know that if your favourite politicians were in control today of the federal government today, you will be doing exactly what Buhari supporters are doing, just like you did under Jonathan.

The very fact that you are unwilling to admit the flaws of Jonathan’s government which largely caused his defeat says a lot about your sense of patriotism, character and false outrage.

In any event, how many of you are willing to support a fresh presidential candidate who is not part of the rotten political establishment in 2023?

You cannot be recycling thieves and expect some of us to take you seriously simply because your preferred thief steals less than another thief. If we truly want to change Nigeria, we must stop supporting people who have been part of the destruction of this country in the past.

2023 is far away, but many of you are already projecting the same corrupt and recycled politicians for the next round of presidential election. That is not how to change a country.

For some of us, PDP is APC and APC is PDP. If we are going to move Nigeria forward, we must look beyond these evil twin.

We have a collective responsibility to confront the forces of darkness that have overwhelmed our country.

The Buhari regime has declared war on the suffering masses. Buhari has imposed economic sanctions on Nigerians by implementing unconscionable austerity measures and policies at a time that responsible nation’s are introducing palliatives and social intervention programmes to cushion the harsh effects of COVID-19 pandemic.

We cannot effectively hold this oppressive, corrupt and incompetent regime accountable if citizens do not unite. Jonathan has since moved on, Atiku has ostensibly moved on after 2019 elections. It is time for you to move on.

It is time to fight for a better Nigeria.