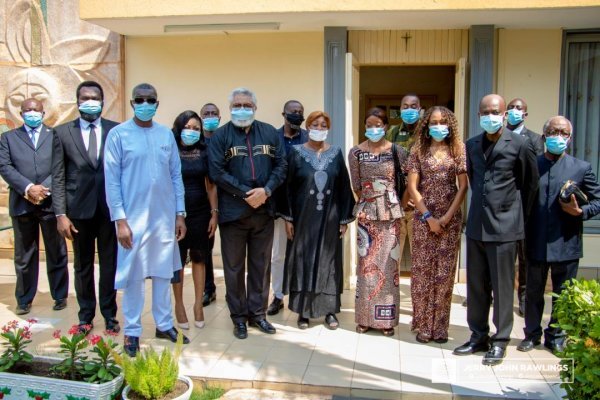 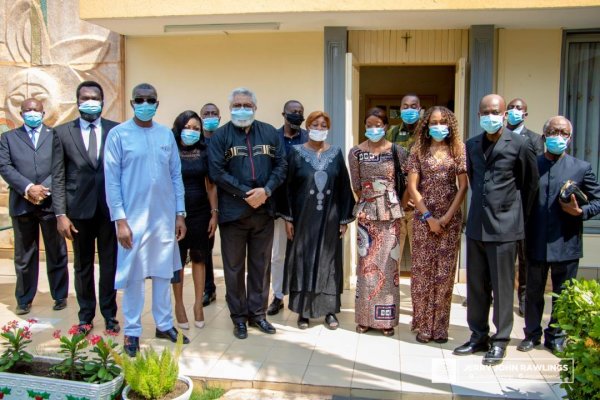 Ex-President Jerry John Rawlings was in Lome, Togo on August 30, to commiserate with the family of Édouard Kodjovi Kodjo, a former Prime Minister of Togo, who passed away in April this year.

The late Mr Kodjo, popularly known as “Edem Kodjo”, was also a former Secretary-General of the Organisation of African Unity (OAU).

A statement issued by Mr Kobina Andoh Amoakah, the Communications Director of the Office of the former President, which was copied to the Ghana News Agency said the former President was received in Aflao by Togolese Minister of Security, General Yark Damehane, Professor Robert Komlan Edo Dussey, Minister of Foreign Affairs, African Integration and Togolese Abroad and officials of the Ghana Embassy in Lome.

It noted that upon arrival in Lome, the former President first called on the family of the late Prime Minister and was received by the widow, Valentine Kodjo, the children, and other family members.

It said the former President extended his sympathies to the deceased’s family and presented customary drinks and an undisclosed amount of cash to the family.

The statement said former President Rawlings also visited the Cimetière de la Plage (Beach Cemetery) where the former Prime Minister was buried, to lay a wreath and pay his final respect to the late Edem Kodjo.

It said before departing to Ghana, the former President called on and held private discussions with Togolese President, Faure Gnassingbe at his official residence. 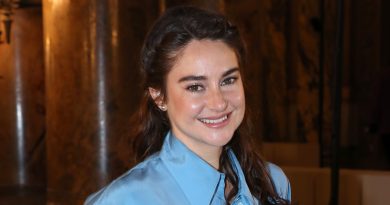 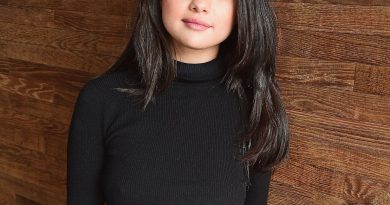 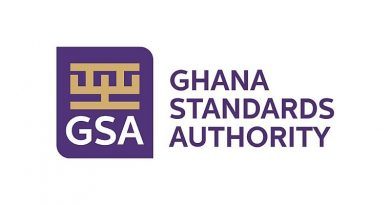 The moment you feel seen is powerful. For many Black women, that feeling is few and far between. For the