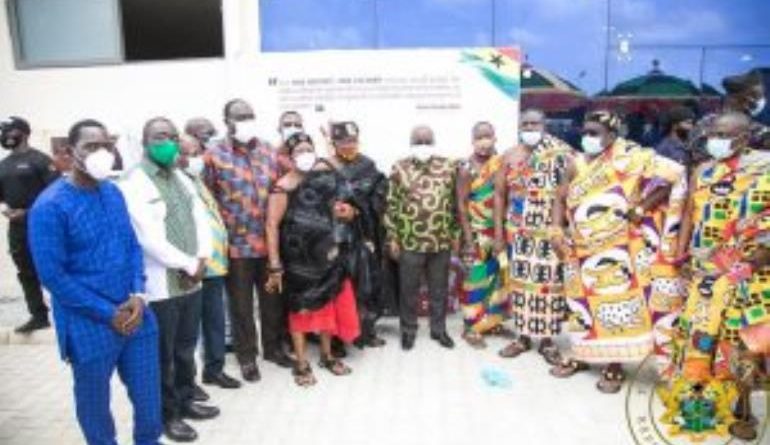 The Paramount Chief of the Ekumfi Traditional Area, Odeefo Akyin VII, on Friday conferred the title ‘Nana Oyeadze Nokwarfo I, on President Akufo-Addo, following the commissioning of the Ekumfi Fruits and Juices Factory.

‘Nana Oyeadze Nokwarfo I, which means Chief of Development and Truth, according to him, is due to the President’s “steadfastness, reliability and hard work”, over his period of office.

The Paramount in his remarks, stated that the people of Ekumfi will always remember the President for his “sterling achievements in Ekumfi and Ghana as a whole”, adding that “we admire your encompassing spirit, your vitality and your vision for making Ghana a great country.”

Describing President Akufo-Addo as “a man who does not run away from challenges, neither do you complain, shift blames nor throw your hand in despair”, Odeefo Akyin VII commended the President for introducing the Free SHS policy, and the restoration of the nursing and teacher trainee allowances. 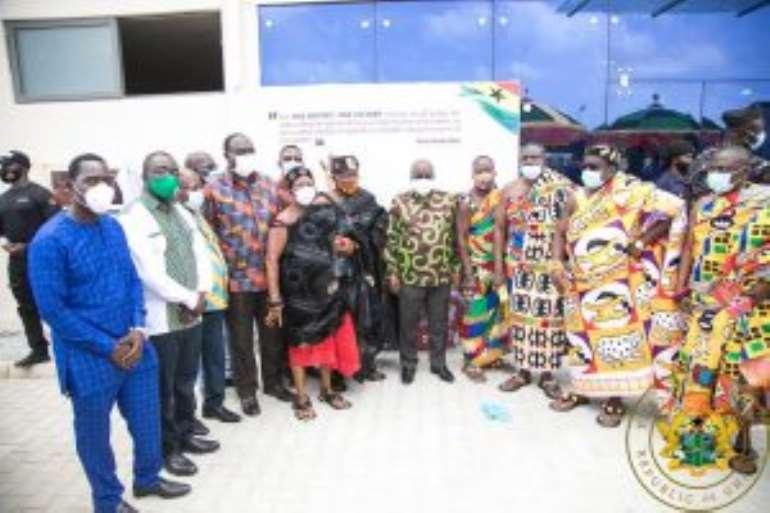 Additionally, he noted that the introduction of the district-based scholarships, which benefitted 85 students in Ekumfi in 2019, and another 85 in 2020; the employment of some 100,000 graduates through NABCO; the accelerated recruitment of teachers and nurses; and “competently managing the challenges of the fearful COVID-19 pandemic”, as examples of the policies introduced by the President.

Highlighting the importance of the Ekumfi Fruit and Juices Factory, which was established under the 1D1F initiative, the Ekumfi Paramount Chief stated that it is the first factory to be established in Ekumfi. 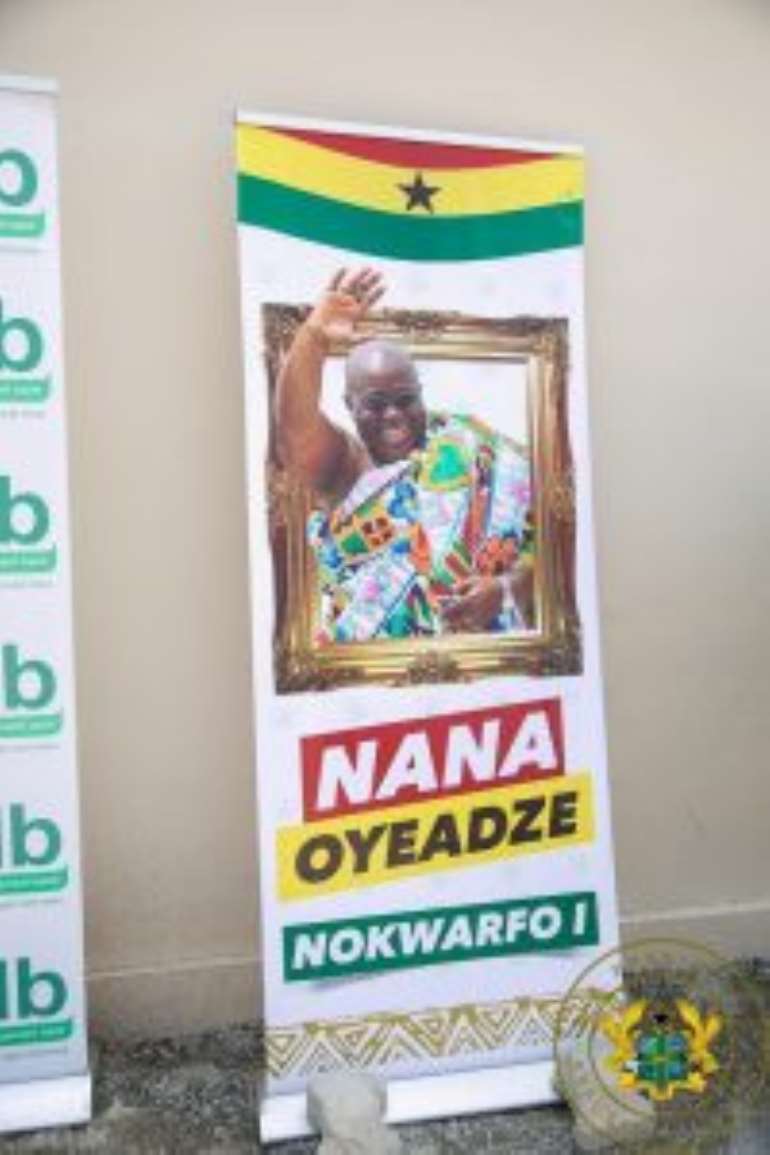 “It is worth noting that the direct and indirect jobs achieved by this company is profound… In your short time on the seat, we have seen the energy you have brought to Ekumfi, and we stand ready to work to advance this District for greater heights,” he added.

The Chief continued, “Your Government knows what it is doing in trying to map its future development in human resources, architecture and infrastructure. This is a feature of good vision. This wisdom strikes bountifully in my heart, and encourages me to offer a prayer for your presidency.” 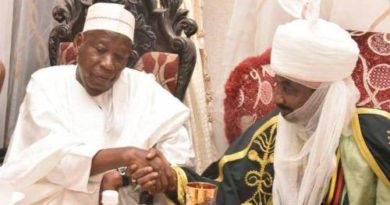 Ganduje, Sanusi And Peace Of Kano By Mariam Mohammed Maktoub