The Social Democratic Party in Ondo State has denied pulling out of Saturday’s local government election, insisting that its candidates will still participate in the exercise.

Earlier on Thursday, a statement by a stalwart of the party and member representing Idanre/Ifedore Federal Constituency at the National Assembly, Mr Tajudeen Adefisoye, said that SDP candidates especially in Idanre had withdrawn from the race following repeated attacks on the party’s supporters by sponsored thugs in the community.

However, speaking on Thursday night, Deputy National Chairman of the SDP, Mr Olu Agunloye, confirmed that its candidates would participate in the election.

Agunloye disclosed that some members of the SDP have come out openly to accuse leaders of the party of having a deal with the APC to legitimize the process of selecting their own members into the offices rather than going for the poll.

He said, “These notions or assertions are prevalent amongst some of the SDP candidates and are on the lips of many of our members but they are wrong.

“The Social Democratic Party decided to contest in local government elections to build the party, to draw out the energetic and endowed members within the party and to attract vibrant politicians into the party.

“The party never consulted APC about contesting and has no agreement or arrangements with APC in respect of the current LG elections or the forthcoming governorship election.

“Leaders of the SDP at the national and state levels wish to assure all members that the leadership will do all possible to protect the interest of party members and ensure security for all.”

He added that the party had witnessed four separate attacks on members in Akure South, Akure North, Ogbese, and Idanre in preparation for the local government election but won’t boycott the poll. 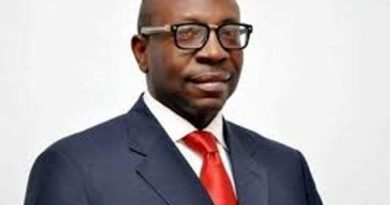 We Are Confused On How To Establish Nigeria Air Says Amaechi