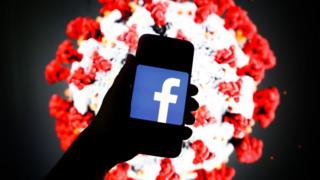 Health misinformation on Facebook was viewed 3.8 billion times in the past year, peaking during the Covid-19 crisis, a report suggests.

Doctors added false claims about vaccines on the social network could limit the numbers prepared to have a Covid jab if one became available.

“We’ve directed over two billion people to resources from health authorities and when someone tries to share a link about Covid-19, we show them a pop-up to connect them with credible health information.”

Despite its efforts, Avaaz’s report suggests only 16% of the health misinformation it identified on Facebook carried a warning label.

The top 10 websites identified by researchers as spreading health misinformation had almost four times as many views on Facebook as information from official sites, such as the World Health Organization, according to the report.

A significant amount of health misinformation was shared from public pages.

And 42 of those pages were followed by more than 28 million people.

The research looked at accounts from the US, UK, France, Germany and Italy.

“Mark Zuckerberg promised to provide reliable information during the pandemic.

“But his algorithm is sabotaging those efforts by driving many of Facebook’s 2.7 billion users to health-misinformation-spreading networks.

“This info-demic will make the pandemic worse unless Facebook detoxifies its algorithm and provides corrections to everyone exposed to these viral lies.”

Avaaz called on the social network to provide everyone who had viewed health misinformation on its platform with independently fact-checked corrections.

It also said it should downgrade misinformation posts in news feeds, in an attempt to lessen their reach.

Prof Frank Ulrich Montgomery, who chairs the World Medical Association, said: “This pandemic should be a powerful reminder of how successful vaccines have been.

“But instead anti-vaxxers are using Facebook to spread toxic lies and conspiracy theories.”

“Otherwise the number of people poisoned against taking a vaccine will be too high for us to beat this pandemic.”

And if you put the word “vaccines” in its search box, you do get pointed towards reliable information.

But it is also easy to find thousands of groups and individuals spreading misinformation with no apparent intervention from Facebook.

A case in point is a page called Kate Shemirani – who calls herself Natural Nurse in A Toxic World and stresses her qualifications.

In fact, Ms Shemirani’s nursing registration was suspended by the Nursing and Midwifery Council in July, after complaints she was spreading false information about Covid-19 and about vaccines.

A glance at what she posts on Facebook and Twitter reveals relentless attacks on Bill Gates, the wearing of masks and NHS staff, whom she calls criminals and liars for perpetuating the “hoax” that is the coronavirus.

But much of her content is about vaccines – this week she claimed the polio vaccine caused polio and had harmed and killed thousands.

While Twitter would not give a public statement, it indicated its rules covered Covid-19 only, so did not affect this post.

Facebook said that while it doesn’t prevent people from saying things that are factually incorrect, it has acted to make this and similar posts less prominent in people’s news feeds. 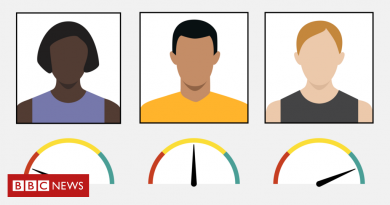 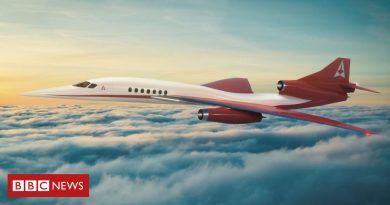 Plan to secure internet of things with new law

As a prophet of God this morning, I heard a SHOUT OF SOUND OF VICTORY coming out of that troubles and worried heart, receive victory dance now, and your lovely family In Jesus mighty name Amen, do have overwhelming victory dance day!! ... See MoreSee Less

In the spirit world

He is a living ancestor, we do not want ancestors in Aso rock again after buhari.

Another National monument for this country?

For which country Biko?

Tinubu has nothing to offer Nigerians

Which country him wan run?

Ten times I will slap you make u get sense

Age does not matter, it is what you have to delivers that matters.

I slapped you for what you've just said

43 % of Nigerians has no single manual.my question why do most Nigerians love suffering and smillling.rubish post anyway.reserve my comments for now.

This one way don die finish

Na ur village people slap u....u no see them?

at this age you are still worming up to rule this country?

He is not contesting at all.

Hahahaha, stay there until the building complete

Woah! Congrats and more grace upon you in Jesus Mighty name.