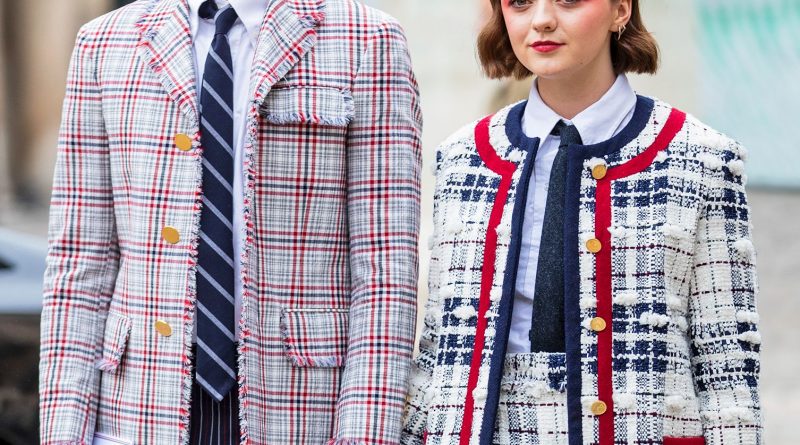 For our first date, James cooked me a summertime feast. Unfortunately, I was allergic to the entire meal and retreated to the bathroom to game-plan. While absentmindedly opening his medicine cabinet (okay, maybe not that absentmindedly), I discovered a shelf of makeup: Nars concealer, Glossier Boy Brow, and Covergirl black eyeliner commingling with toothpaste and face wash. I didn’t question it for a second—one of my first crushes, Billie Joe Armstrong of Green Day, wore guyliner. I instantly loved the idea of dating someone who could be into my job as a beauty editor, and it meant James was ahead of the trend: cisgender, straight men enjoying makeup.

“Makeup is fluid now,” says Peter Philips, creative and image director of Dior Makeup. “It’s for all genders. We have guys backstage who ask for contour or a little more highlight. Five years ago, I wouldn’t have imagined that.”

Of course, men wearing makeup isn’t new. Both male and female-identifying rulers of ancient Egypt wore eyeliner, and pale face powder paired with flaming-red cheeks was de rigueur in the eighteenth-century French court. Even former President John F. Kennedy wore makeup, to his advantage, during the infamous Kennedy-Nixon debate. More recently, men wearing makeup has been a sign of the counterculture—from Billy Idol and David Bowie to RuPaul—and something for which many faced harassment (or worse). The notion that a traditionally-gendered category could be for all is still controversial in 2020. But brands are choosing to evolve in ways that aim to shed makeup’s gendered history.

Today, as the self-care movement expands to include men (initially through an interest in skin care), beauty brands have found an avid new audience, and major labels have enthusiastically entered the men’s beauty space. Boy de Chanel, a men’s-focused makeup line, launched in 2018 with a brow pencil, foundation, and matte lip balm, and is adding concealer, nail polish, and a three-in-one eye pencil on September 1st.

“Dark circles, holes in the eyebrows, redness in the skin, there are problems everybody deals with,” says Chanel makeup artist Tyron Machhausen. “Men are now realizing they can fix it. Even more, they are realizing by filling in their eyebrows or their beards, makeup can make them look more masculine.”

Phase one of Boy de Chanel was first released in South Korea, where K-pop boy band members are idolized for their pastel hair, bold makeup looks, and glossy skin. That same year, British department store Selfridges opened a grooming counter with mainstays like shaving supplies and hair care, as well as select makeup from Charlotte Tilbury and M.A.C Cosmetics.

Estée Lauder hired its first male spokespeople in 2018 for its Chinese market, signing actor Li Xian as a face of an Asia-only foundation last year. In this year, a number of beauty brands have moved away from the confines of gender completely. Glossier, Milk, Fenty Beauty, The Ordinary, L’Oréal Paris, Essie all have filled their Instagram feeds and advertisements with people of all genders and identities, using the same beauty products.

And Philips tells me that DiorBackstage has evolved into a genderless brand, used on everyone backstage at Fashion Week.

The shift is noticeable, even outside the beauty industry. UCLA professor of gender studies Juliet Williams, PhD, question if makeup is necessarily empowering, but celebrate the new opportunities for self-expression it offers. “The last gender revolution was in the ’70s,” she says. “It focused on women having access to things thought of as male. This new revolution is about people expressing complex gender identities, and it’s opening up everything.”

In the two years since I first snooped in James’s bathroom, I’ve come to open that cabinet regularly: We wear the same shade of Beautycounter Dew Skin Tinted Moisturizer and Glossier Boy Brow, and on our final manicure date before quarantine, he wasn’t the only guy at the salon. We’ve chosen not to attach labels to beauty—and it’s resulted in even more experiences that we get to share together.

What more could I want?

Welcome to the age of social murder: The elites will try to mollify us, but do nothing to stop it

How Paralympian Mike Schultz Built His Own Prosthetic Leg

Some 97 new COVID-19 cases have been confirmed. This brings the active case count to 533. The latest figures from