Against the background of Architect J.J Emejulu’s claim that his residence was arbitrarily pulled down, the Enugu state government has made public a court order it obtained to demolish his deemed illegal residence.

In the order made available to Vanguard, the Enugu Capital Territory Development Authority, ECTDA, prayed for an order authorizing it “to demolish the respondent’s (Emejulu) illegal structure located at No. 23/24 Eziokwe Street, community Estate, Enugu with code No. 003005835.”

The State government agency also prayed the court for an order restraining the respondent from carrying out any such development at that location.

The Court granted the application by Motion Ex-Parte stating that “the Applicant is authorized/ directed to remove the respondent’s illegal structure located at No. 23/24 Eziokwe Street, community Estate, Enugu with code No. 003005835.”

The order also restrained Architect Emejulu from carrying out any such development at that location.

Chairman of ECTDA, Dr. Josef Onoh, while reacting to the allegation that the state government exercised revenge on Emejulu for demolishing about two kilometers of perimeter fence at Akanu Ibiam International Airport, said it was not true.

Onoh said: “I was not a revenge. He destroyed a federal government property which he has to sort out with the federal government, but this is a state function, exercising control of unapproved structures. He was duly given 21 days notice and he was properly served.

“The property stood on a water way and it had to go. There is another building close to that one, on the same street, which has already been marked for demolition, tenants in that one have already moved out because the property already has severe cracks from the foundation and we are going to pull it down very soon.

“If you are observant, you would have noted that the Enugu Capital Territory has been carrying out control measures in Enugu Capital city and Emejulu’s property cannot be an exception, despite whatever axe he has to grind with the federal government.”

Emejulu had on Wednesday executed a court order and demolished the Airport fencing under reconstruction in a bid to take possession of the airport land he said was rightfully bought by him from Nike community. 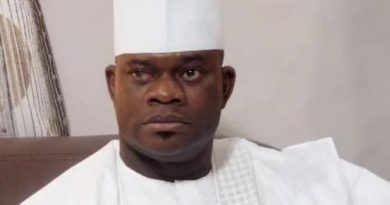 The Misgovernment By Yahaya Bello And Those In His Inner Circle — Nothing Has Really Changed! By Jeremiah Abutu 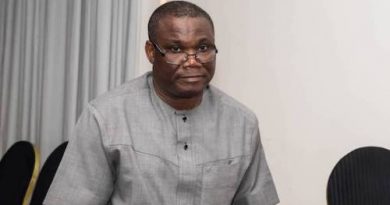 How Delta, Edo Lavished Over N842m As Pension On Convicted Ex-governors Who Embezzled Funds