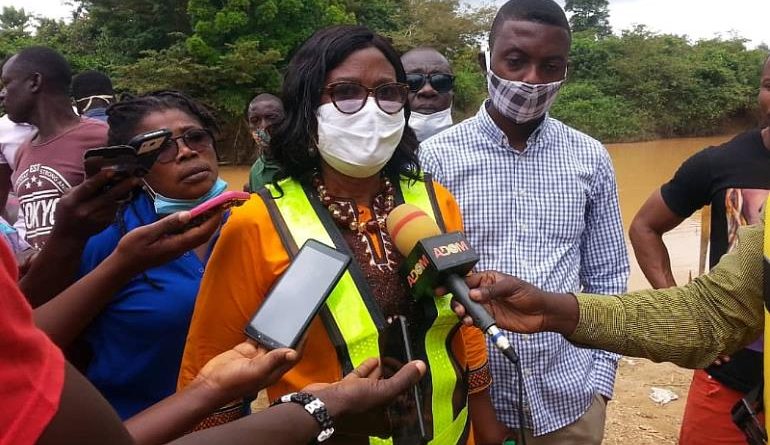 The Municipal Chief Executive (MCE) for Birim Central Mrs. Victoria Adu together with Alhaji Ibrahim Ismala, the Operation Director at Vice President’s Office and members of Oda Concerned Senior Citizens Association have presented canoe and 25 pieces of life jackets to farmers in Oda Old Town to enable them to cross the Birim River to undertake their routine farming activities.

According to her, the canoe was procured using the Assembly’s Internally Generated Fund (IGF).

Mrs. Adu used the occasion to educate the public especially the taxpayers to honour their tax obligations to enable the Assembly acquires funds to embark on a number of developmental activities in the Municipality to improve the living standards of the people. 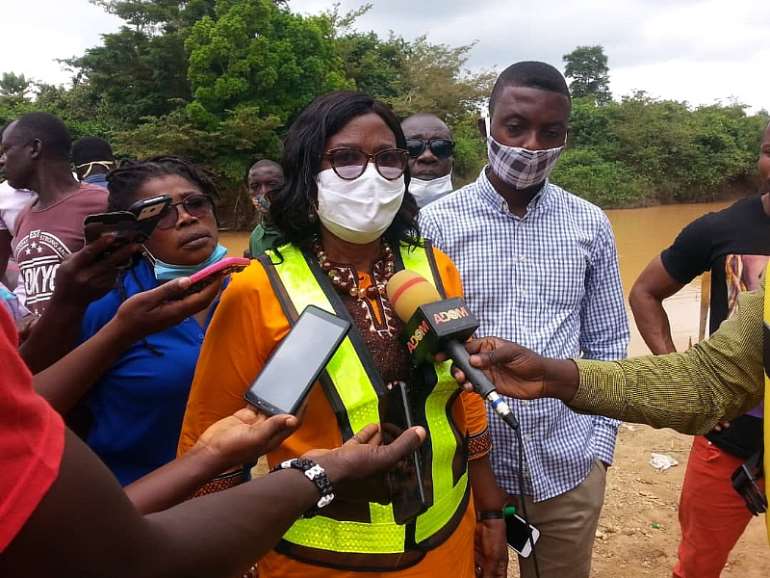 She said the government is working assiduously to ensure the agricultural sector becomes attractive for all to invest their capital.

Advising the younger generation, Mrs Adu charged the youth to take advantage of the government’s flagship programme to enable them to acquire sustainable jobs rather than engaging in immoral activities.

The importance of the usage of the jackets, he said would provide safety to people when crossing the Birim River and urged the canoe transport operators to make good use of the jackets.

He further used the opportunity to catalogue some of the achievements of the Oda Concerned Senior Citizens Association and also urged some philanthropists to come to the aide of the farmers.

Alhaji Ibrahim Ismala, the Operation Director at Vice President’s Office also charged the Assembly to ensure the canoe is insured to make users of the canoe get access to an insurance package, in case of an accident on the Birim River.

He said the government has introduced a number of policies and intervention programmes in the areas of education, roads, health, sanitation, agriculture and among others.

He, however, informed the residents to consider the achievements made so far by the government and vote massively for the New Patriotic Party’s Presidential Candidate in the 2020 general elections.

Alhaji Ismala cautioned the younger generation not to allow themselves to be used by politicians in engaging immoral activities which would jeopardize the conduct of the 2020 general elections.

Bringing balance to your portfolio during a downturn 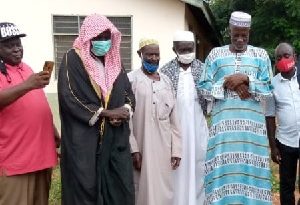 Kwara Governor-Elect: A breath Of “Fresh Air” Or Another Long March In Miniature? By Nimi Princewill