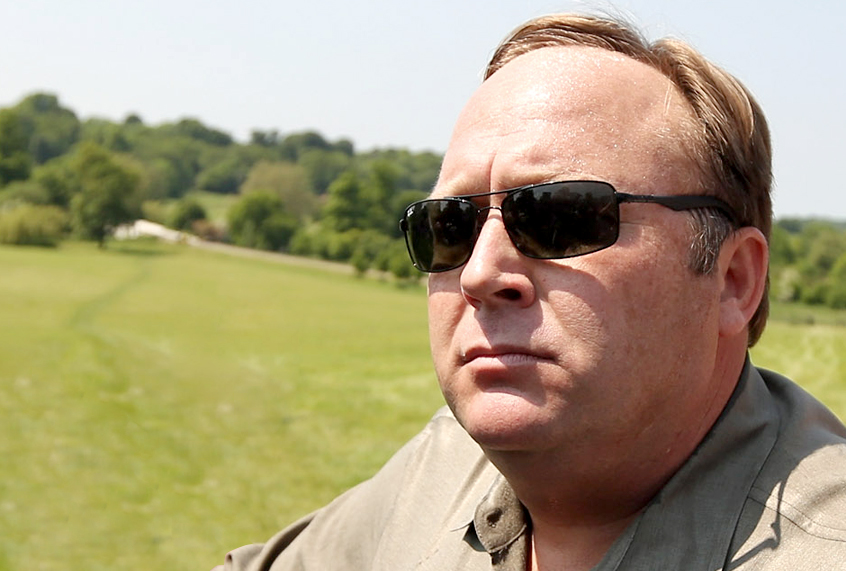 Austin-based conspiracy theorist Alex Jones was filmed screaming without a mask for several minutes through a small bullhorn earlier this week at a small group of largely unresponsive hikers and young park workers seated in camp chairs at one of the new check-point entrances to the city’s Barton Creek greenbelt, accusing the “cult member kooks” of participating in an “illegal power grab of the people’s greenbelt.”

“My wife came here this morning, when you cult member kooks showed up here. And you asked her, ‘Where’s her reservation?'” Jones, founder and host of the conspiracy theory website InfoWars, was recorded shouting in an InfoWars video that first went viral Monday.

“Her reservation is that we live in a free country,” he added. “We live in America.”

The city opened the greenbelt Saturday for the first time since the July 4 weekend, implementing a reservation system to limit attendance amid the coronavirus pandemic. Jones, who has peddled conspiracy theories for years, alleged the new system was a profit scheme.

“I want this removed tonight,” he screamed, pointing at the makeshift wooden registration stand as a woman stared at her phone.

“Now you guys use your COVID hoax to like set a checkpoint up to take over the parks and start charging?” he asked the employees, all of whom wore masks in contrast to Jones. “It’s unconstitutional,” he claimed, falsely.

At one point, Jones bellied up to a young park employee seated in a camp chair and wearing a mask, eyeglasses and purple ball cap.

“Who are you, masked man?” Jones asked.

“I’m a lifeguard for Barton Springs,” the man replied.

Turning to address the wider crowd, many of whom were seen silently thumbing their phone screens, Jones then shouted: “This is outrageous criminal activity. This is a seizure of the infrastructure of Austin.”

Jones has faced consequences for disseminating conspiracy theories in the past, including getting kicked off of mainstream social media platforms and YouTube. Notably, a Texas judge ordered Jones to pay $100,000 in a defamation lawsuit last year brought by the parents of victims of the Sandy Hook school shooting, whom Jones had repeatedly accused of participating in a hoax, prompting threats and harassment.

Last December, a former InfoWars editor admitted in an essay penned for the New York Times Magazine that the site pushed lies about a Muslim community in New York to support Jones’ fearmongering about Sharia law.

In Monday’s viral video, an InfoWars narrator at one point claimed that a San Antonio family had been turned away, but police intervened and allowed the family to enter.

“There they go,” Jones said, giving the alleged father of the family a high five. “Down their path to freedom.”

Austin closed the greenbelt along with a number of city parks last month as a wave of infections surged across Texas.

In April, just weeks into statewide lockdowns, Jones appeared to entertain the idea of cannibalism live on his show.

“I will admit it — I would eat my neighbors,” Jones said. “I’m not letting my kids die. I’m just going to be honest. My superpower is being honest. I’ve extrapolated this out — and I won’t have to for a few years because I’ve got food and stuff — but I’m literally looking at my neighbors now and going, ‘I’m ready to hang ’em up and gut ’em and skin ’em.'”

He blamed “globalists” for the lockdowns and forcing him to consider eating humans.

“You think I like sizing up my neighbor?!” he asked. “I’m gonna haul him up by a chain and chop his ass up! I’ll do it! My children aren’t going hungry! I’ll eat your ass! And that’s what I want the globalists to know — I will eat your ass first!”

Texas has seen at least 9,547 deaths from COVID-19, according to the most recent data from Johns Hopkins University. The U.S. has experienced at least 166,361 deaths and more than 5 million infections.

Epidemiologists at the University of Texas at Austin currently project the state will see more than 5,000 additional deaths by Sept. 1.

Our July 4th menu freshens up classics like cheeseburgers, pasta salad and the classic “flag cake” 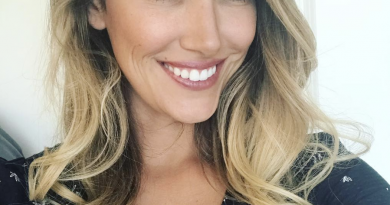 Why Is Everyone So Outraged at YouTube Mom Myka Stauffer?