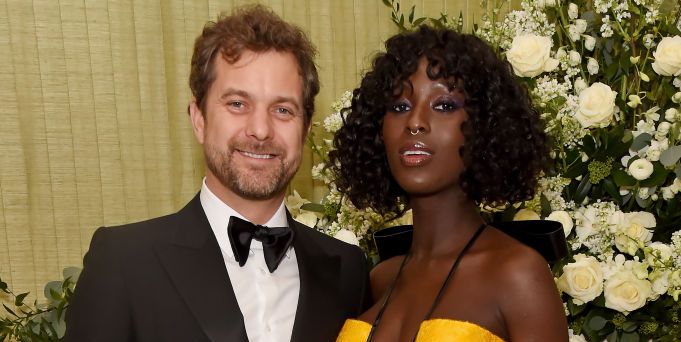 Jodie Turner-Smith is opening up about becoming a mother in 2020. On the heels of her breakout role in Queen & Slim and surprise marriage to Joshua Jackson, Turner found herself expecting amidst a pandemic and social unrest following the murders of George Floyd, Breonna Taylor, and other innocent Black people.

“Every stage of my pregnancy brought its own challenges and lessons,” Turner-Smith wrote in an essay for British Vogue‘s September 2020 issue. “Nobody really teaches you about what your body goes through to bring a child into the world until you’re actually doing it.” One decision she and Jackson made early on: to forgo a hospital birth in favor of an at-home plan. “We had already decided on a home birth, because of concerns about negative birth outcomes for Black women in America — according to the Centers for Disease Control and Prevention, the risk of pregnancy-related deaths is more than three times greater for Black women than for white women, pointing, it seems to me, to systemic racism,” she wrote.

Turner-Smith added that health and safety protocols due to COVID-19 strengthened the couple’s resolve. “We never imagined that in the coming weeks, hospitals around the country would begin restricting who could be present in the birthing rooms, forcing mothers to deliver without the support person or people of their choice,” she explained. “Delivering at home ensured that I had what every single woman deserves to have: full agency in determining my birth support.”

The actress also praised Jackson’s support throughout her difficult pregnancy, which included nausea and subchorionic bleeds. “Both of us had watched our own mothers struggle to raise children without such support,” Turner-Smith recalled. “Both of us were determined to create something different for ourselves. He kept saying to me, ‘There’s no part of this that I’m going to miss.’ And there wasn’t.”

That included Turner Smith’s four-day labor at their Los Angeles home. “Early in the morning on my third day of labour, my husband and I shared a quiet moment. I was fatigued and beginning to lose my resolve,” she remembered. “Josh ran me a bath, and as I lay in it contracting, I talked to my body and I talked to my daughter. In that moment, he snapped a picture of me. An honest moment of family and togetherness – a husband supporting a wife, our baby still inside me, the sacred process of creating a family.”

People confirmed that Turner-Smith and Jackson welcomed their daughter, reportedly named Janie, in late April. “Sometimes I wonder how I will explain to my daughter what it meant to be born in the year 2020,” Turner Smith concluded in her essay. “The historic events, the social unrest, and me – a new mother just trying to do her best. I think I will tell her that it was as if the world had paused for her to be born. And that, hopefully, it never quite returned to the way it was before.”

How the GOP descended into opportunistic treachery

From the perfect margarita to the best potato salad, here are 5 essential Memorial Day recipes

This five-ingredient gooey butter cake is an American classic

Nana Owusu Yeboa, Oti Regional Minister has inspected some ongoing projects in the region. The projects, being funded by the