Knights of the Catholic Church have been charged to resist the temptation of keeping quiet in the face of bad leadership, injustice, and growing insecurity in Nigeria.

The Catholic Archbishop of Owerri Ecclesiastical Province, His Grace, Dr. Anthony J. V. Obinna, gave the charge in a homily, during the investiture of 4th-degree Knights and Ladies of Saint Mulumba, held at Maria Assumpta Cathedral, Owerri.

Obinna expressed worry that “the genocide taking place in Christian dominated Southern Kaduna, is a grand design to wipe out Christians in Kaduna State and take their farmlands.”

He not only charged Christians to be vigilant and prayerful, but also opined that after dealing with Christians in Kaduna, the bandits would likely move further south to Plateau and Benue States, and even to the South East.

His words: “Nigeria is in a state of decadence as if we are a cursed nation. What we see in this country is a display of foolishness, corruption, and greed.

“Nigeria is a terrible source of embarrassment, making a mess of herself. My consolation is the joy I found in the Lord, no matter what the situation is in Nigeria and in Igboland.”

Archbishop Obinna challenged the Knights to “speak out in defence of the church and our people, in the face of Fulani onslaught, bad governance, and injustice in Nigeria”.

He particularly challenged Catholic Knights to help in whatever way they can, in redressing the situation, since they are close to the political terrain, where decisions affecting the citizenry are made.

The Supreme Knight of the Order, Sir Desmond Ovueraye, who spoke after the investiture, expressed happiness that Archbishop Obinna has over the years, stoutly stood on the side of the people.

“We must commend Archbishop Obinna for always standing on the side of the people. We know that he has always raised his voice against military and civilian dictatorship and all forms of bad governance, corruption, and injustice”, Ovueraye said.

Addressing the investees, the Supreme Knight charged them to make the Order proud by living exemplary life in their various communities and places of work, as well as helping the less privileged in their midst.

On The Buhari’s Revenue Philosophy By Emmanuel Onwubiko 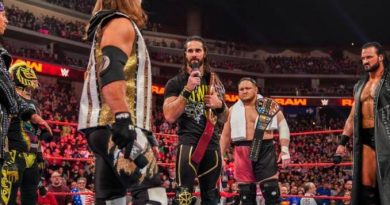