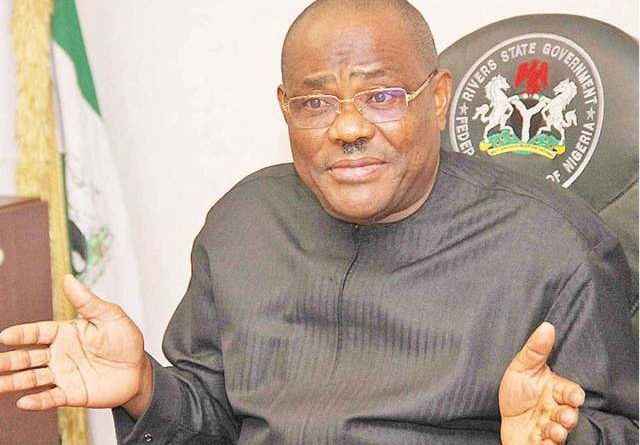 …I understand how economies are built, says Obaseki

GOVERNOR Nyesom Wike of Rivers State, yesterday, alleged that the All Progressives Congress, APC, was not ready for the governorship election in Edo State. He said that the APC was working to ensure the cancellation of the poll by the Independent National Electoral Commission, INEC.

Wike, who is Chairman, National Campaign Council of the People’s Democratic Party, PDP, however, said that Governor Godwin Obaseki of Edo State and PDP candidate was not an ingrate as claimed by the former Chairman of the APC, Adams Oshiomhole and candidate of the party, Pastor Osagie Ize-Iyamu, noting that they were rather the ungrateful individuals.

But in a swift reaction, the APC lampooned Governor Wike for accusing it of plans to rig the forthcoming governorship election in Edo.

This came as Obaseki said he was well-grounded on how to develop and build sustainable development, saying he has spent a better part of his life helping to develop Nigeria’s economy.

APC not ready for election —Wike

Wike, who spoke in Port Harcourt, was reacting to issues raised during the Edo State APC campaign last week. He  said that APC was only targeting to cause violence in the poll to make INEC stop and cancel the election till November when Obaseki’s tenure would elapse.

Calling on the police and other security agencies to use the poll to rebuild their tarnished image, he said: “We have enough intelligence on what they want to do with the security in the election, but we will scuttle it.

“They are not interested in the election so that INEC will stop it and then wait till November when Obaseki’s tenure will end. It is a calculation that they do not want the election to hold because Edo people are tired of the lies from Oshiomhole.”

Besides, the governor stated that the former APC National Chairman has been decimated at APC national office but wants to fall back on Edo State.

The governor said: “Obaseki is not an ingrate, rather it is Oshiomhole that is fighting him (Obaseki) and his boy, Ize-Iyamu, who are the ingrates.

“Oshiomhole had in 2016 said that Obaseki is the brain box behind his success as a governor. How can he now turn around to say the same person that was behind him as a brain box is now an ingrate?

“One thing that should be important in our elections is character and Obaseki has it. Ize-Iyamu was charged to court by this APC government for corruption. Now, they are saying he has not been proven guilty. There is no fight against corruption anywhere, all we have is witch-hunting.”

Reacting to Governor Wike’s statement, Chairman, Edo State Media Campaign Council of the APC governorship election, Mr. John Mayaki, said the APC was more worried about the election postponement because the party knows that Governor Obaseki is capable of “every thuggish, violent trick in the book” and that a postponement of the election can only mean that the governor is “up to his old tricks again.”

Mayaki said: “Governor Wike, like his counterpart in Edo State, Governor Obaseki, should focus on the claims against him of  alleged violation of human rights.

“I do not know if Governor Wike manufactures these tales himself or if he has a team of lazy children’s books writers, who manufacture these claims. I am torn between answering him seriously and stepping down to match his humour.

“To start with, let him provide proof for anything he said. He cannot. How does the party that is not in power plan to use the police in Edo State? He meant to accuse us but ended up insulting the Nigeria Police Force. I think they need to address the disrespectful and sickening way he spoke about them. This is not the first time that the governor has demonstrated a pedestrian restrain in his words.

“The inane speculation cannot hold water, as we stand to gain no further advantage should Mr. Obaseki leave the office.

“Already, the state is against the man. Going by the dramatic way Governor Wike has conducted himself, especially during the COVID-19 lockdown, would it be incorrect to point out that Governor Wike talks shop better than he campaigns? He does it better than he governs. He needs to know that their focus now should be fabricating a manifesto that can win them at least a third of the votes in Edo State. Our simple agenda will get us all of the votes otherwise.”

I understand how economies are built —Obaseki

Governor Obaseki on his part said: “We must, as the government, set a new agenda, but what is painful is that traducers are ignorant about governance.

The governor, who spoke when a coalition of various unions, traders and association paid him a thank-you visit at Government House, Benin City, said: “I understand how economies are built; economies are built with small businesses. Whether we like it or not, today’s world is about technology. With coronavirus today, nobody can travel anywhere; you sit in your place and do your businesses. The government must make sure that it provides the infrastructure that will enable business owners to transact effectively.

“Those who are fighting us don’t know how to manage resources. They are a group of wasters. They do not know that Nigeria is much bigger, much greater than what we are seeing today.

On his part, the APC candidate, Pastor Ize-Iyamu, at the official kick-off of his campaign in the state at Igueben LGA, Esan South-East LGA, Ubiaja, and Uromi LGA, where he was received by large crowds, promised to empower and harness the agricultural potentials of Edo Central, Esan land, if elected governor of the state.

Ize-Iyamu accused the incumbent Obaseki of running with a deceitful ‘Esan Agenda’ as a ploy to gain sympathetic votes, stating that the governor’s actions in the last four years have brought no development to the Esan people.

Also speaking, Oshiomhole, who was received with loud cheers from the crowd, said Obaseki failed to continue with his administrative style of implementation of plans and visible execution of projects that provide relief to the people. Instead, he said the incumbent Governor wasted state resources on consultants and MOUs that failed to translate into any meaningful achievement.

Meanwhile, the Pentecostal Fellowship of Nigeria, PFN, has called on President Muhammadu Buhari to ensure peaceful election in Edo State and do more than the government is currently doing to ensure the safety of lives and properties.

Addressing newsmen in Benin City, yesterday, President of PFN, Rev Felix Omobude flanked by the Deputy National President of PFN, Bishop Wale Oke and Bishop John Praise called on the authorities to ensure the safety of lives in the country.

He said: “The PFN calls on the President Buhari-led Federal Government to secure the country. Very worrisome is this insurgence of Boko Haram, ISAWP and other foreign interests that have invaded our land. The forests are not safe, the highways are not safe, and our farmers can no longer go to their farms. Whether you call them herdsmen or you call them gunmen or you call them bandits, the story is the same. We call on the government to rise to her responsibility to allow Nigerians to be able to sleep with their two eyes closed.” 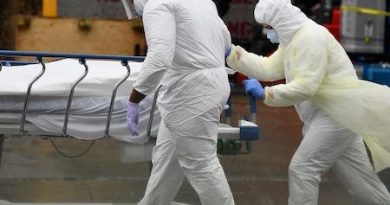 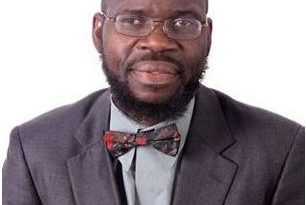 A total of 971 basic schools, 55 Senior High Schools and eight tertiary institutions are expected to be disinfected in