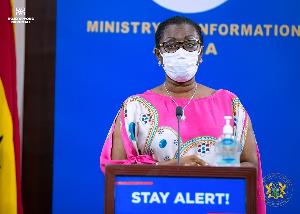 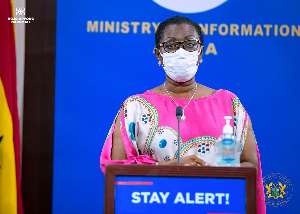 Ursula Owusu-Ekuful was nowhere to be found in parliament on Wednesday, August 5, 2020, when it was time for her to provide answers to some questions on the $89 million KelniGVG deal meant to monitor revenue mobilization from mobile telecommunication companies operating in the country.

Samuel Nartey George had posed some questions to the Communications Minister on the incremental revenue accrued by the state since KelniGVG was engaged.

But, Osei Kyei-Mensah-Bonsu, the Majority Leader told the Speaker that his colleague cannot be located.

“I have been trying to locate the Minister. Unfortunately, I have not been able to touch base with her.

“She could come, and when she comes, we may vary the order of business and allow the Minister to come and respond to the questions,” he said.

Muntaka Mubarak, Minority Chief Whip, protested that the minister’s non-appearance is untenable. He, however, expressed worry over Ursula’s behaviour adding that “even the answers have not been provided.”

“I don’t want to impugn wrong motive to say it is deliberate and the minister is avoiding to answer these questions. We have a responsibility as a house to get ministers to be accountable.

“Mr Speaker, this is the third time… Mr Speaker, I hope you give the right directive so that the minister will come and answer these questions necessarily without further delay.”

Prof Aaron Mike Oquaye stated that the Communication Minister had earlier in a letter dated August 3, 2020, requested to be absent from the proceedings of the House.

But the Speaker indicated that despite her absence from the House, the question posed on the controversial KelniGVG deal still remains unanswered.

He, however, directed that the minister had a 48-hour ultimatum to show up on the floor of parliament to respond to questions relating to the KelniGVG contract.

“To cut a long story short, I direct that the minister must answer all the relevant questions and make herself available on Friday,” 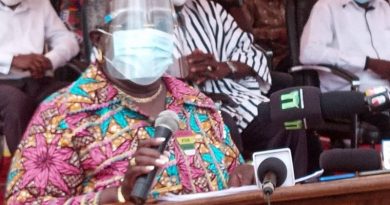 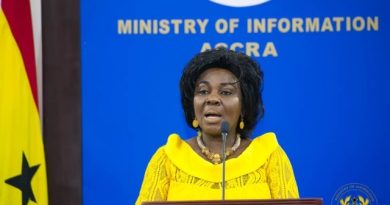 The Chief Executive Officer(CEO) of Ghana Cocoa Board(Cocobod), Mr Joseph Boahene Aidoo has hinted of a conclusive discussion with President