The National Commission on Culture has joined calls on the Ghana Police Service and the Judiciary to expedite action in giving justice to late Madam Akua Denteh and her family.

The Commission said such acts were unacceptable and should not be countenanced in the country and called for a coordinated approach, especially by traditional leaders, to put an end to such criminal acts.

A release issued to the Ghana News Agency in Accra said Ghana frowned on instant and mob justice and the Commission condemned in no uncertain terms the inhumane act meted out to the 90-year-old grandmother, mother and sister.

“This barbaric and dastardly act should not happen to anyone. We are happy the so-called priestess at the centre of this criminal act has been arrested by the police while four accomplices have surrendered to the law. It is our hope that justice would be served expeditiously.”

The Commission had observed with dismay the unfortunate phenomena taking over society, where pastors and soothsayers stood on some unrealistic circumstances and unsubstantiated allegations to label people, especially the aged, as witches or wizards, the release said.

It said from time immemorial, witchcraft had been described as a spiritual matter and no one had been able to prove its existence with substantial empirical and legally accepted evidence.

It, therefore, entreated the public to refrain from the habit of labelling the elderly as witches and wizards without any shred of empirical evidence.

“Old age has no relationship with witchcraft. If indeed it exists, persons of all age groups are susceptible to acquiring the spirit of a witch or a wizard. We must, as a people, rid ourselves of this misconception that compels some individuals to neglect the aged. Old age is not a curse but a blessing.”

The release said a beautiful old Akua Denteh and her contemporaries, who had been blessed with many years, should be allowed to depart the earth in a peaceful manner and not under such traumatic and gruesome circumstances. 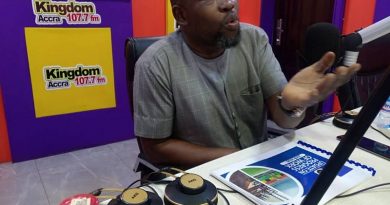